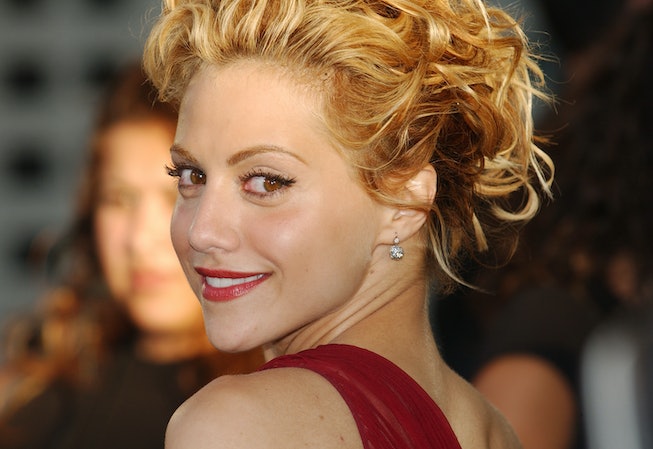 Ever since she tragically passed at the age of 32 in 2009, the mystery around Brittany Murphy has haunted those who loved her. The beloved actress, famous for roles in iconic early aughts movies like Clueless and 8 Mile, passed away under strange circumstances that are now being investigated in a new documentary for HBO Max.

The two-part series, titled, What Happened, Brittany Murphy?, will take an in-depth look at Murphy’s life, career, experiences in Hollywood, and relationship with husband Simon Monjack, who mysteriously passed a few months after Murphy and who has raised suspicions for being a conman. The documentary will premiere on HBO Max on October 14.

In the first trailer for the documentary, actor Kathy Najimy, who was close with Murphy and starred alongside her in the animated King of the Hill series, describes how Murphy met Monjack during a “a little dip” in her life. Specifically — it was during a period when Murphy had lost a seemingly unhealthy amount of weight and change in style to try and fit Hollywood’s “leading lady” standard. During this low moment, Murphy “became prey” for Monjack, Najimy says.

“Simon took her away,” a contributor says in the clip, “he made sure no one would get to her.”

The trailer addresses Monjack’s alleged lies, including that he dated Elle Macpherson and Madonna, and recovered from terminal brain cancer with the help of shark fins. After the couple were married, they were “holed up in that house 24/7.” After Murphy’s tragic and suspicious passing, people around her asked themselves, “Who gained from her dying?” The trailer adds that Murphy’s autopsy raised “more questions...than there were answered questions.”

Murphy’s 2009 was officially ruled as an accident as a result of pneumonia, anemia, and multiple over-the-counter medicines. The end days of the couple have fueled fascination, conspiracy theories and grief in the decade since they happened.

“Our Brittany Murphy documentary cuts through the tabloid noise with an elevated, nuanced depiction of a sensational story,” Jennifer O’Connell of HBO Max, said in a press release. “Crafting a grounded account of Brittany Murphy’s life struggles and sudden passing comes with great responsibility, and we’ve partnered with a masterful creative team to produce a thoughtful examination of a tragedy that has long been cause for speculation.”

What Happened, Brittany Murphy? is created by Blumhouse Television and Pyramid productions, and is directed by Cynthia Hill. Watch the first trailer below: