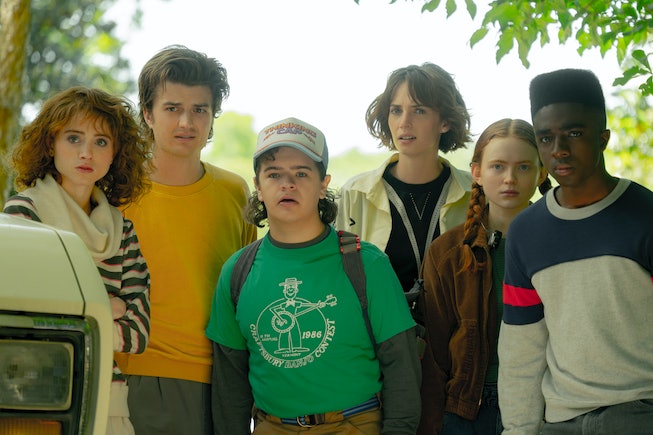 It’s documentary season, at least according to Netflix. Next month, the streamer is updating its slate with seven documentaries to choose from, along with a variety of original films, series, comedy specials, and of course, the series finale of Stranger Things.

On July 1st, subscribers can watch Skye Borgman’s latest film, Girl in the Picture. The mysterious true-crime documentary tracks the life of Sharon Marshall, a woman whose true identity was unknown up until her death. Two weeks later Netflix will release the documentaries How To Change Your Mind and My Daughter’s Killer. The first film, directed by Allison Ellwood and Lucy walker, unpacks the history of psychedelics. The second follows a father who fights for decades to get justice for his daughter's murder before taking extreme measures to do so.

A Call to Spy

Catch Me if You Can

The Pursuit of Happyness

Girl in the Picture - Netflix Documentary

Hello, Goodbye, and Everything in Between - Netflix Film

Uncle From Another World - Netflix Anime

How to Build a Sex Room - Netflix Series

Valley of the Dead - Netflix Film

How to Change Your Mind - Netflix Documentary

D.B. Cooper: Where Are You?! - Netflix Documentary

Under the Amalfi Sun - Netflix Film

Mom, Don't Do That! - Netflix Series

David A. Arnold: It Ain't for the Weak - Netflix Comedy

Shania Twain: Not Just a Girl

The Most Hated Man on the Internet - Netflix Documentary

A Cut Above - Netflix Film

Another Self - Netflix Series

Oggy and the Cockroaches: Next Generation - Netflix Family

Rebel Cheer Squad: A Get Even Series - Netflix Family