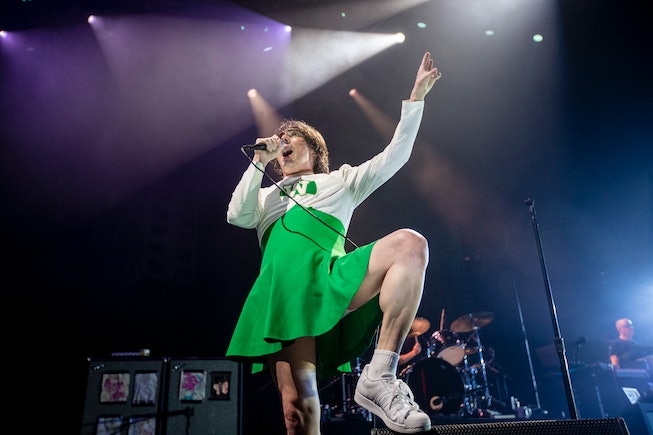 Get ready for an influx of sad elder emos at the slot machines today.

On Saturday, October 22nd, When We Were Young Festival announced that it would not be going forward with day one due to a “high wind advisory” in Las Vegas. The announcement, released across the festival’s social media, came at 10am PST —exactly one hour before doors were set to open.

“When We Were Young Festival organizers have spent the last several days proactively preparing the festival grounds for a windy Saturday,” the statement began. “The National Weather Service has now upgraded their Saturday forecast to a High Wind Warning, including dangerous 30-40 mph sustained winds with potential 60 mph gusts. Under advisement of the National Weather Service and the Las Vegas Metropolitan Police Department, we have no other choice than to cancel today’s When We Were Young Festival. The safety of our fans, artists and staff will always be our top priority.

This was not a decision that came lightly. We know many of you traveled to the area to have a spectacular day with your favorite bands and have been looking forward to this day for months. We were equally as excited and are devastated to have to share this news.”

Announced in 2021, When We Were Young was set to kick off its inaugural run on Saturday at the Las Vegas Festival Grounds. Immediately dubbed by fans as “Emo Fest,” the lineup features prominent bands from the pop-punk scene and beyond, including Paramore, My Chemical Romance, Avril Lavigne, Taking Back Sunday, and Bright Eyes. The 2022 schedule included three days featuring the same lineup; Sunday, October 23rd, and Saturday, October 29th, remain slated to go forward as planned for now. Ticketholders for the 22nd will be refunded.