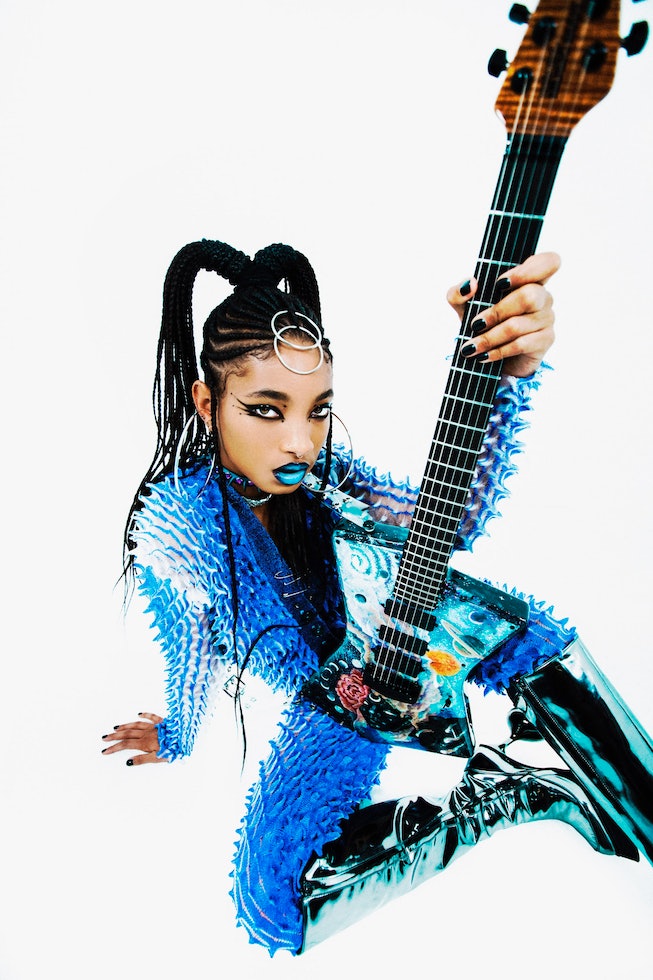 Willow Smith is back — and with a shiny new pop-punk persona. The 20-year-old singer unveiled her electrifying new single and video from her brand new era, “Transparent Soul,” which features the legendary Travis Barker on drums. It’s the first single off her upcoming fifth album, expected this summer, and a major sonic pivot for the young star. For anyone still unconvinced about pop-punk’s recent musical wave, let this be proof that it’s here to stay (at least for just a while longer).

Over roiling guitars and Barker’s thunderous drums, Smith — who now goes by just WILLOW, caps included — belts in her best pop-punk voice about seeing right through the haters in her life. It’s super catchy. In its accompanying video, she channels the nostalgic fish-eye performance vids of pop-punk’s golden era with her own chic twists: long braids, a massive spiked choker, and an abundance of chains and hardware. No doubt the pop-punk heroes of her youth, Hayley Williams, Gerard Way, and Patrick Stump, would be proud.

“I am so grateful for this tune because it was created in such an introspective time (during the first couple months of quarantine),” Willow writes in a press statement. “It was the song that proved to me that I needed to let go of the insecurities I had about making a project of this genre.”

In an interview with Apple Music’s Zane Lowe, Smith cited her childhood spent touring with her mom’s metal band, Wicked Wisdom, and listening to Blink-182, Avril Lavigne, and My Chemical Romance as helping to spark her new era — along with the boundless stretches of time the pandemic provided. Initially, Smith was worried her voice wouldn’t translate well to the genre.

“I was like, ‘Let me try and go through this fear and actually prove to myself if this is a genre I can do’,” Smith told Lowe. “I had to find what was authentic to me, that journey of figuring out like, ‘Wow, I don't have to sound not like myself. I can sound like Willow and I can sound like me and still make this kind of music and still feel that vibe.’ [...] It just felt so good to feel out my limits with that in the studio.”

Willow’s last album was released in 2020 and was a joint project with friend Tyler Cole. Before that, she released a self-titled project in 2019, consisting of an eight-song set of cosmic, acoustic pop songs. Her new album is due out this summer via Roc Nation.