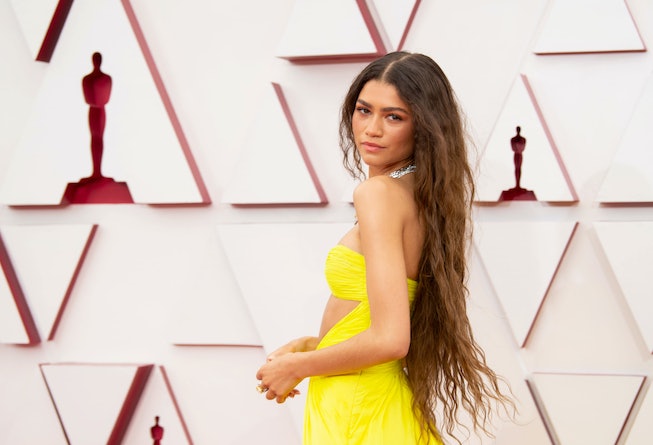 Zendaya Coleman is a lot of things: an Emmy-award winning actress, style expert, selfie queen, writer, producer, R&B singer (lest we forget), and now... a member of the Looney Tunes! After starring in the controversial film Malcolm and Marie, the actress will appear as Lola Bunny in the upcoming Space Jam sequel, Space Jam: A New Legacy, and is expected to bring a refreshing twist to the beloved character.

The film, directed by Malcom E Lee, follows basketball star Lebron James on an epic quest to save his son. ESPN recently aired a mockumentary style promo for the film, which explains how James ended up in the Looney Tunes universe. In it we catch the first glimpse of Zendaya as the new Lola Bunny — a more confident, revamped, version of the original 90s character.

“When it’s crunch time, the ball’s going to be in my paws,” she says, with a smirk. True to its title, Space Jam: A New Legacy, reimagines Lola Bunny entirely. Instead of her signature crop top and flirty one liners, she’s seen wearing a basketball uniform and dominating the court.

In an interview with Entertainment Weekly, Lee explained that he wanted Lola to “reflect the authenticity of strong, capable, female characters.” The director revealed that he watched the first Space Jam in 2019 and surprised by Lola’s lack of depth, and in turn vowed to make her “as full a character as the others.”

If the trailer is any indication of what’s to come, it’s clear that Zendaya’s the right actress to bring the new Lola Bunny to life.

Space Jam: A New Legacy premieres on July 16 in theaters and on HBO Max.