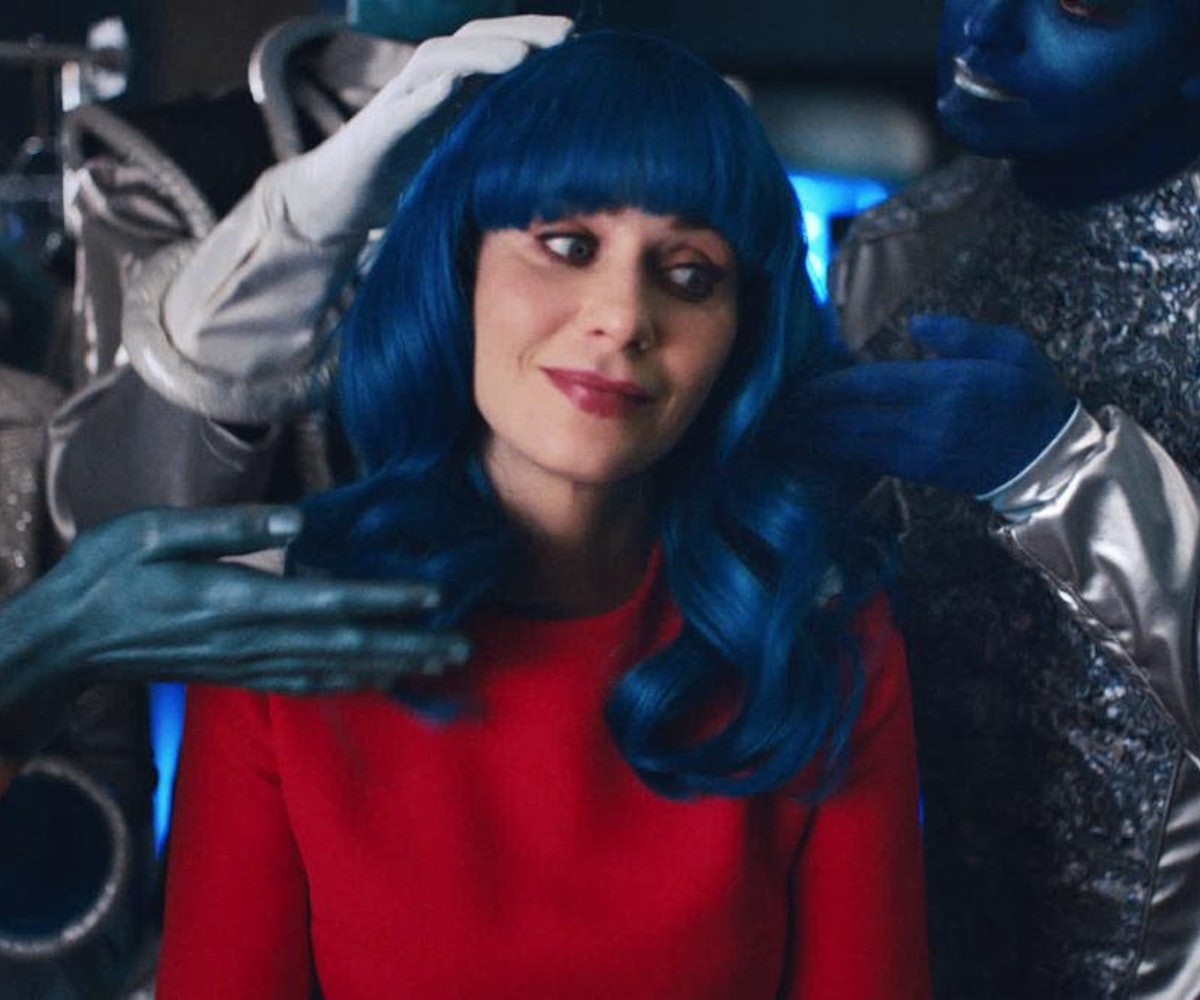 Katy Perry and Zooey Deschanel (along with a host of other banged, dark-haired celebrities) being potential twins has been a longtime Internet meme. Though the two have never publicly commented on it before, that's changed now thanks to Katy Perry's galactic new video for her single "Not the End of the World", which she shared on Monday.

The pop star and the actress quite literally switch places in the Dani Girdwood and Charlotte Fassler-directed visual in which Deschanel gets abducted by aliens after they mistake her for Perry.

Though Deschanel tries to inform the aliens of their error — "No! No! No! Misunderstanding. I'm Zooey," she corrects, before chanting her own name in expected quirky-girl fashion — she quickly takes on the mantel of Perry's blue wig when she realizes she has to save humanity from the aliens, who are plotting to destroy the planet. Of course, this all culminates into a final, show-stopping performance where Deschanel fully leans Perry's distinct pop star aesthetic and completes the joke — campy planet-costume, space buns, and all. It also confirms that yes — Deschanel and Perry do look frighteningly alike.

"Not The End Of The World" is off Perry's sixth studio album, Smile, which was released earlier this August. It follows the previous singles "Daisies," "Smile," and "What Makes A Woman," and follows along the album's themes of resilience, hope and love. Perry also gave birth to her first child and daughter, Daisy Dove Bloom, days before the album's release.

Watch "Not the End of the World" below.

NEXT UP
Entertainment
Hawa Has Her D'Angelo Moment In Playful "Actually" Video
Culture
Senators Quoted Taylor Swift During Ticketmaster’s Hearing
Culture
The Madonna Biopic Is Being Scrapped
Entertainment
Gracie Abrams & Gia Coppola On The Joy Of Free-Flowing Collaboration
Style + Culture, delivered straight to your inbox.