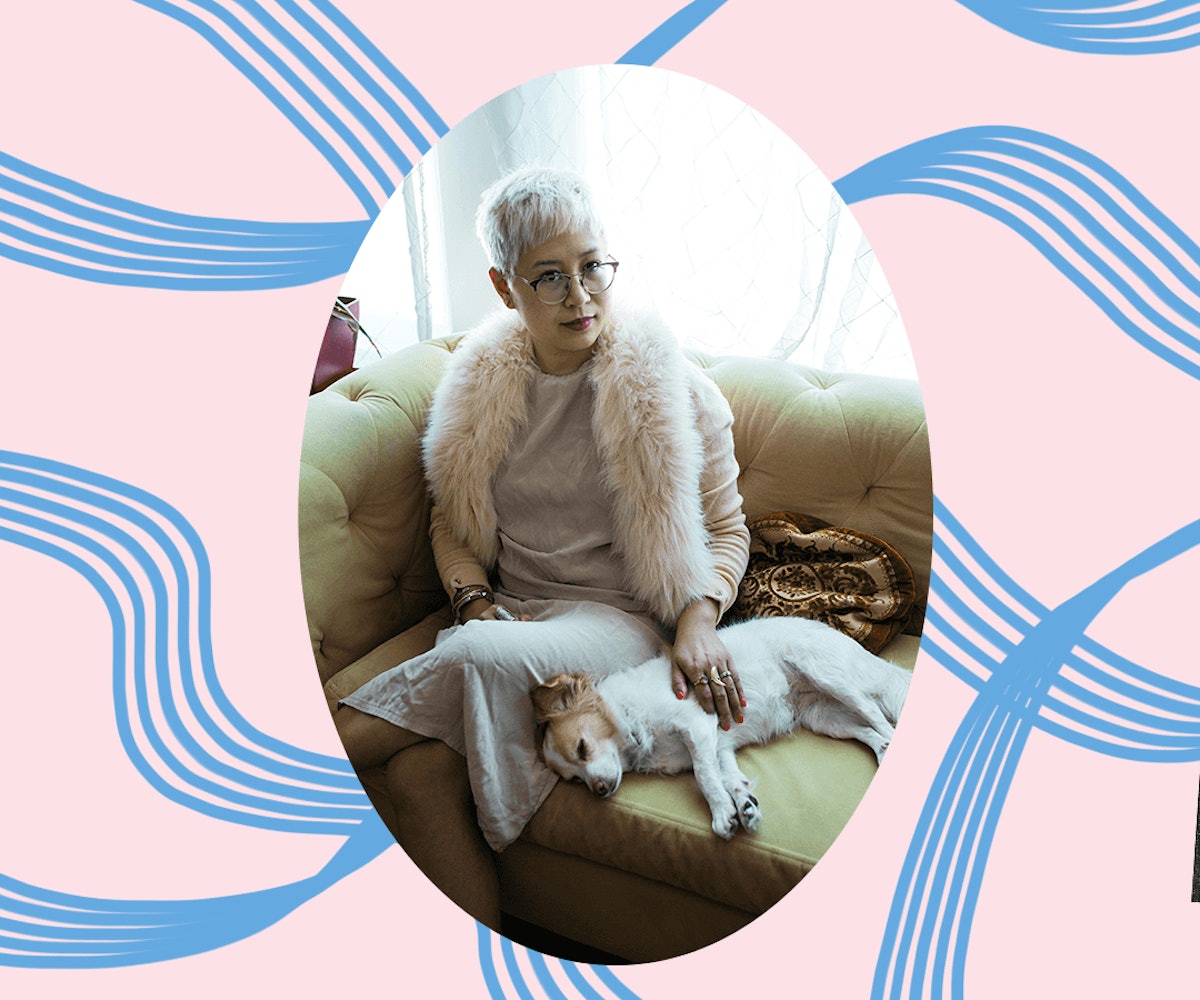 If there's one song lyric I've referenced over and over to just about every person I know—and certainly every person I've ever dated—it's this, from Fiona Apple's "Paper Bag": "He said, it's all in your head/ and I said, so's everything/ but he didn't get it." It is the perfect encapsulation of the way in which perception is reality, yes, but, also, the way in which the things in our heads are weaponized against us; our prioritization of them is wielded as evidence that we don't live in reality, we just live in our minds. And then too, Apple's lyric is a demonstration of the way that women, specifically, are told by men that what happens in our heads isn't important, because our perception will never align fully with the shared reality, the one dictated by those in control.

This lyric was also one I was thinking about quite a bit when I read Esmeé Weijun Wang's new book, The Collected Schizophrenias, which combines Wang's own experience living with schizoaffective disorder with a larger analysis of what it means to live with mental illness in a society that is all too quick to stigmatize anyone who doesn't fit with the common definition of "normal." So, it felt almost preordained when Wang referenced this same lyric in our interview, continuing on to say: "Perceptions are reality, which becomes painfully tricky when your senses are easily kidnapped, or when your brain likes to convince you of things that aren't true."

Wang's clear-eyed look into her own mental health reality, as well as a wide-ranging exploration of the ways in which the mentally ill are othered out of fear and ignorance, is filled with compassion and insight, and offers people who are unfamiliar with schizophrenia a way into understanding and empathizing the disorder. Below, I speak with Wang about why schizophrenia is so terrifying, what it's like to live with a stigmatized illness, and what she learned about herself through writing the book.

This essay collection opens with a powerful two-word sentence: "Schizophrenia terrifies." You did not, at all, bury the lede, and instead confront head-on the truth that, for so many of the people reading this book (and just so many people, in general), there is no mental illness as threatening—and as stigmatized—as schizophrenia. Do you hope that this book helps lead toward a destigmatization of schizophrenia?

I do deeply hope that this book helps to lead toward a destigmatization of the schizophrenias. So much of the stigma surrounding those disorders has to do with ignorance, as is the case with many marginalized identifiers—schizophrenia is feared, absolutely, but it's also a disorder that many people simply don't understand, which is why the first essay in the book, "Diagnosis," defines schizophrenia and schizoaffective disorder. I wanted to kick off the book with an exploration of what it even means to refer to these conditions. The rest of the collection, hopefully, offers a look at what it's like to be a person living with schizoaffective disorder.

One thing that kept running through my head while reading this book is the idea of "perception being reality." Obviously, this is something that is talked about a lot when it comes to mental health, but it's also deeply embedded in so many areas of our society, which you touch upon within this book; from our style of dress to the college we attend, it affects people's views of who we are. How does your experience having to question your intuitive perceptions of your reality affect the way you perceive other people?

I talk about this in "Perdition Days," which is about my experience with a rare delusion in which I believe that I'm dead, with the famous line, "Cogito, ergo sum." I'd originally wanted to quote a Fiona Apple lyric: "He said it's all in your head/ and I said so's everything/ but he didn't get it." Perceptions are reality, which becomes painfully tricky when your senses are easily kidnapped, or when your brain likes to convince you of things that aren't true. I tend to move around in the world with a bit of caution because of that confusion.

Dealing with illness can lead people to be, understandably, inward-facing, and even circumspect. There can be a defensiveness, because few people can understand your experience, but also, perhaps, a new inclination toward extreme empathy for the problems of others. How has this manifested for you?

I try to be kind. There's a line in Sarah Manguso's The Two Kinds of Decay that goes something like, and I'm badly paraphrasing here, "When you get really sick, you either become a huge asshole or incredibly compassionate." I think I tended toward the latter—which is not to say that I'm an angel, or that I never have mean thoughts, but I used to be quite a cynical, sarcastic person, and I try to tend more toward active compassion now.

The balance in this book of personal anecdotes with reported and researched material is striking, because it never loses its intimacy while also offering other insight into your situation. How was the process of researching? And what was it like to combine the two techniques? Did it feel easier, in some ways, to be able to write objectively and not always from your personal perspective?

What a perfect way of phrasing my experience! In a word: yes. I'm often asked whether I wanted to write a memoir, and the answer is no. I never wanted to write a memoir, and it felt so much easier to be able to write objectively—to be able to report and research in addition to including my own experience. I loved being able to research because it felt like a completely different kind of writing than writing my first novel. I have a system of nonfiction writing that involves hundreds of index cards in a tin box, separated by small folders. By the time I finished this book, though, I wanted nothing more than to write another novel.

What were some things you learned about yourself through writing this?

Writing this book helped to put all kinds of amorphous experiences into a concrete shape, but I'm not sure that I could say that I learned x or y about myself. What the book did was open up all kinds of new questions for me and begin what I hope are new discussions.

Chronic conditions are a medical subject that many people are afraid of talking about, because we like to think of illness as something that can be defeated—cured. And yet living with illness is something that so many people need to do. Do you think writing about chronic illness helps shift the common narrative away from the idea of illness as a battle that must be won? How do you think this can be helpful for people dealing with illness?

I do really hope that writing about chronic illness can show that life with "no cure" is more common than one might think. If one person who is dealing with the "no cure" declaration feels a little less alone because of this book, it will have been worth it for me.

Beyond schizoaffective disorder, you also write about dealing with late-stage Lyme, a controversial diagnosis, whose controversy you address within the book. How has it been seeking treatment for that? It seems analogous in some ways to needing treatment for mental illness, in that there's a lot of stigma surrounding both.

It's been interesting seeking treatment for that. In some ways, it feels like going into back alleys because I've been getting all kinds of weird IVs and injections and taking hundreds of odd supplements. I am more well than I was in 2013, but if I were asked which treatment made me more well, I wouldn't be able to tell you.

The Collected Schizophrenias is available for purchase here.