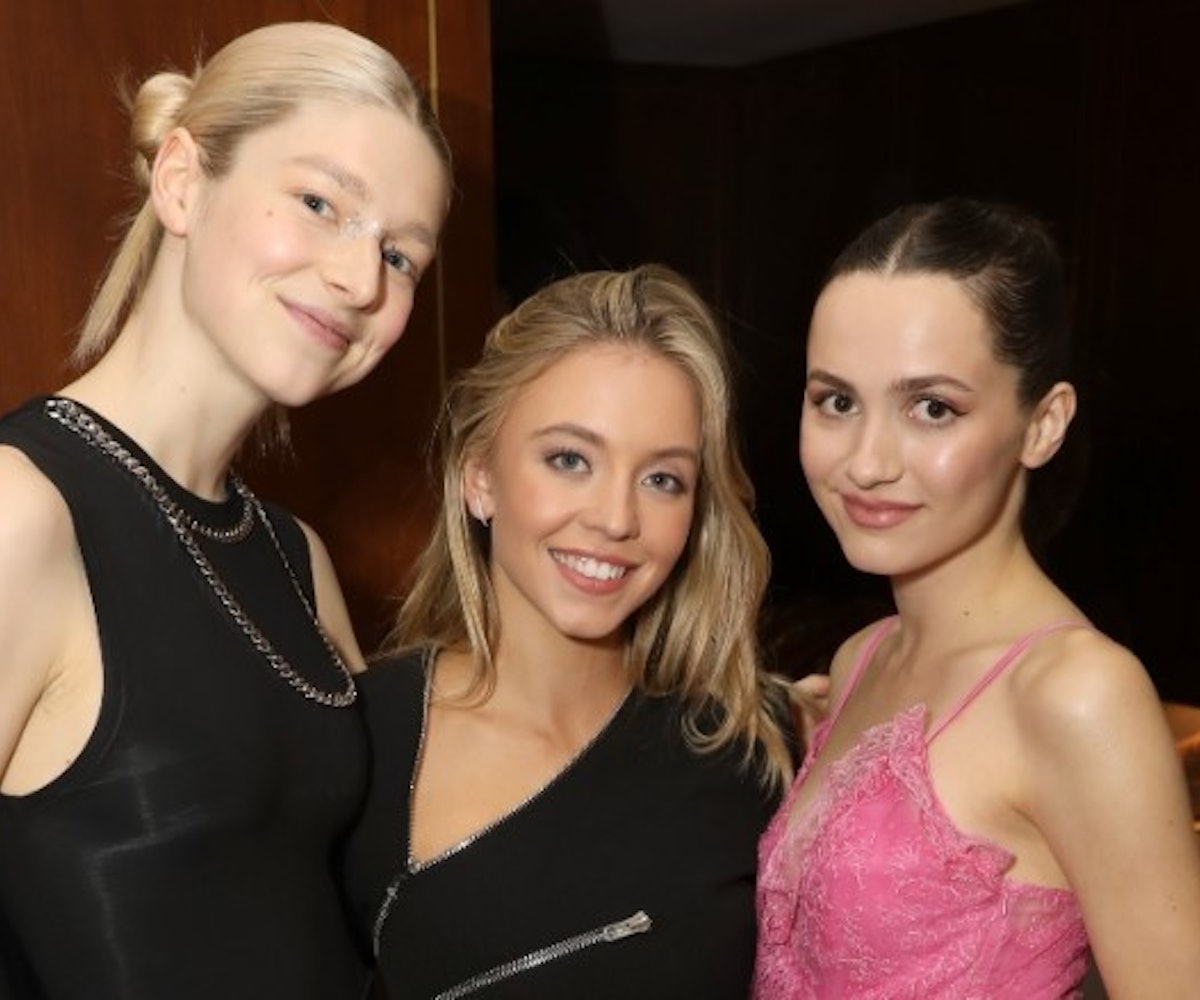 A few cast members of Euphoria had another little reunion on Tuesday night at the InStyle Badass Women Dinner in West Hollywood. Sydney Sweeney, Hunter Schafer, and Maude Apatow posed for photos together, which will maybe be enough to hold the world over until the HBO series returns. Maybe.

Sweeney wore a zipper-detailed dress by Alexander Wang while Apatow wore a strappy pink dress by Ermanno Scervino. Schafer opted for a pair of black-and-white pants and a black tank top with layered chains. The three were joined by a few other famous Hollywood faces at the InStyle event, including Zoey Deutch, Michelle Dockery, Logan Browning, and D'Arcy Carden.

Unfortunately, there's still no confirmed release date for season two of Euphoria. The good news is that the showrunners are currently holding open casting calls for the new season. Five new roles are up for grabs, which are currently available to anyone and everyone — as long as you're willing to be a little experimental with your makeup, presumably.

Cast member Barbie Ferreira recently discussed the film's popular beauty looks, admitting that it wasn't much of a stretch for her and her high school routine.

"I used to be bit of a maximalist with my beauty routine," she told PopSugar. "I was very extravagant. I wore a blue smoky eye with winged eyeliner and fake lashes all through ninth grade."

See the "Euphoria" trio and their full fashion looks, below.