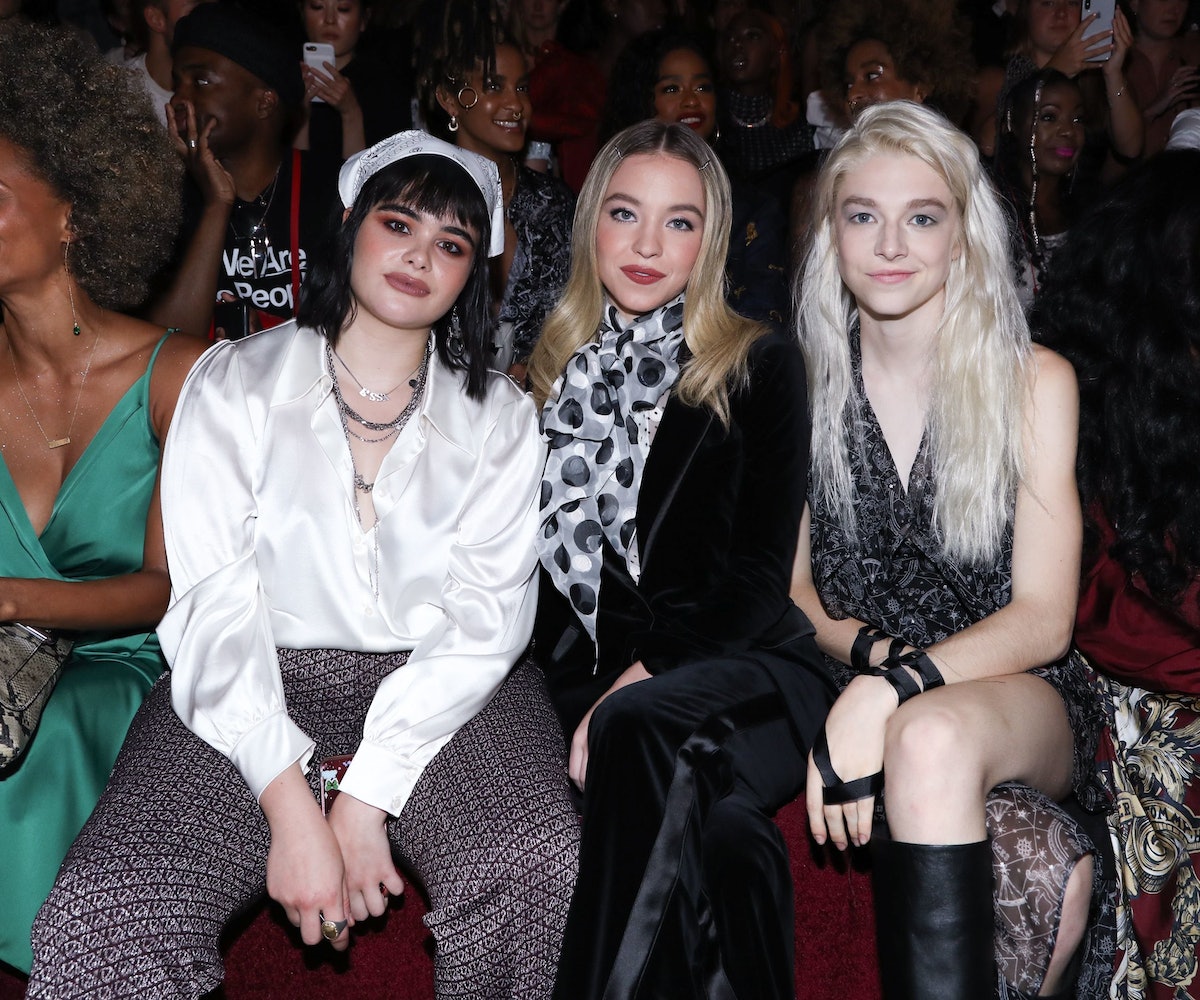 Last night, Zendaya and Tommy Hilfiger debuted their collaborative collection at the Apollo Theater in Harlem, and a few of Zendaya's Euphoria co-stars showed up to support her. The reunion is exactly what I've needed since the first season wrapped.

Barbie Ferreira (Kat), Hunter Schafer (Jules), and Sydney Sweeney (Cassie) all sat in the front row during the event. Zendaya was working backstage and didn't get to sit and watch the show with her friends, but she did get to see them after the show was over. Playwright Jeremy O. Harris photographed her with her co-stars:

I've never missed a show like I've missed Euphoria since its first season's finale, and seeing all these faces together supporting their fellow co-star made the wait for the second season feel more bearable. I only wish that Storm Reid, Alexa Demie, and Maude Apatow had shown up, too.