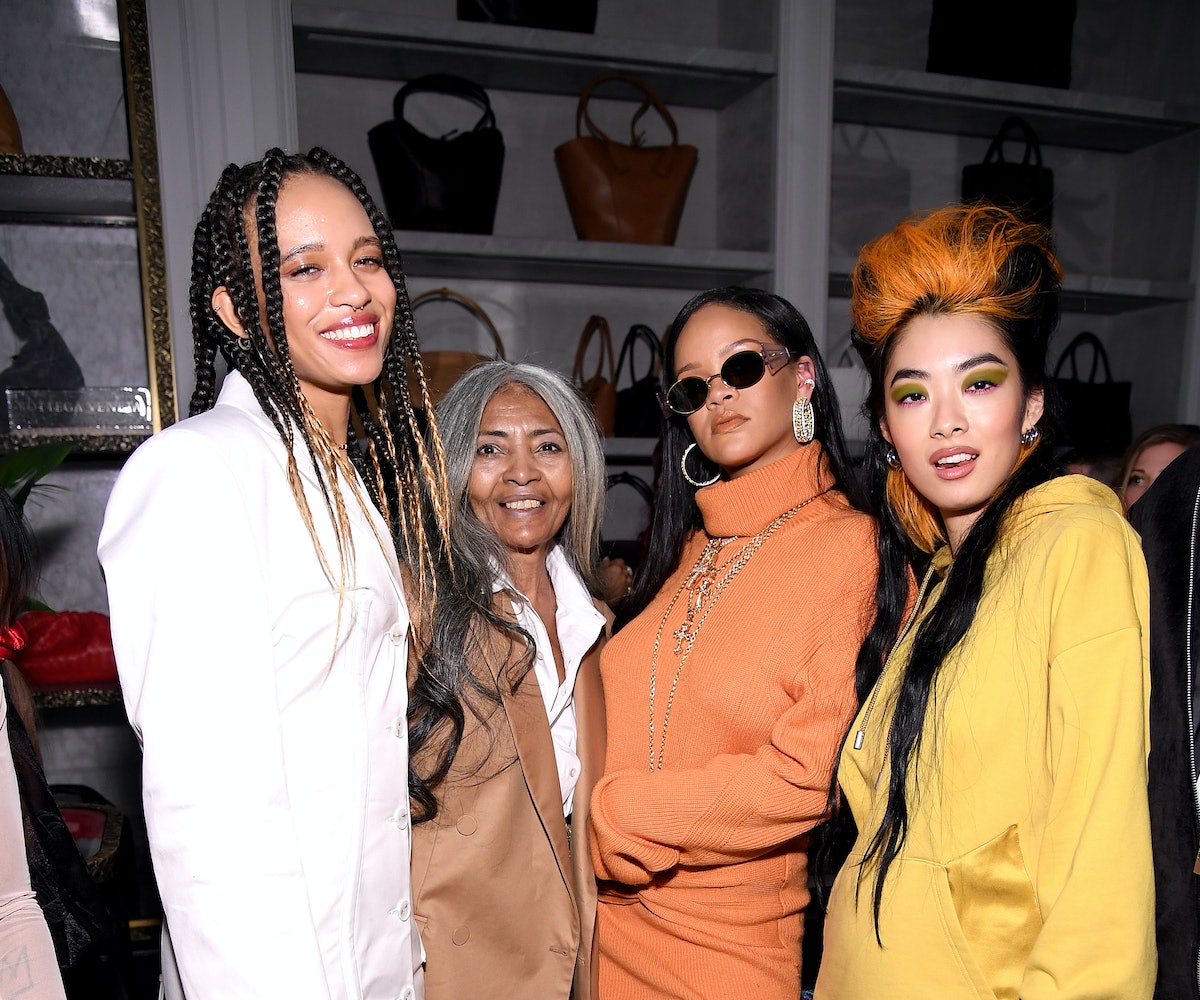 Fashion month may be all about the clothes, but admit it —all those celebrity cameos don't hurt either. And while only a select few may get to glimpse Kendall or Gigi or Riri in person, luckily there are plenty of photos that capture the red carpet and party moments of fashion month, whether it's posing at dinner, celebrating a launch, or smizing at the cameras.

The festivities kicked off at New York Fashion Week in February, which included a birthday party and dinner for Rodarte's Kate Mulleavy hosted by IMG and NYFW at Spring Studios, and welcomed famous guests like Beanie Feldstein and Zazie Beetz. Rihanna's Fenty event at Bergdorf Goodman was one of the hottest tickets of the week, as she launched her fashion brand's pop-up at the department store. Though Miu Miu's usual presence is at Paris Fashion Week, the luxury brand made an appearance in New York for its "Women's Tales" film series, complete with a special screening, dinner, and after party. And over in Brooklyn there was Bvlgari, which hosted a B.zero1 Rock party for the debut of its campaign and models: Zendaya, Lily Aldridge, and Naomi Scott.

Below, feast your eyes on the fun that happens off the runways during New York, London, Milan, and Paris Fashion Weeks.

Rihanna held a FENTY party at Bergdorf's with loads of celebrities wearing her luxury clothing line.

Bvlgari hosted its B.zero1 Rock Party in Brooklyn to celebrate the debut of its new campaign, featuring Zendaya, Lily Aldridge, and Naomi Scott.

NEXT UP
Fashion
Apple Martin Is A Chanel Girl Now
Culture
Caroline Polachek In KNWLS & More Party Photos You Missed
Fashion
The Best Celebrity Fit Pics From Paris Men’s Fashion Week
Culture
On The List (With Melissa Rich): How To Throw The Ultimate Apartment Party
Style + Culture, delivered straight to your inbox.