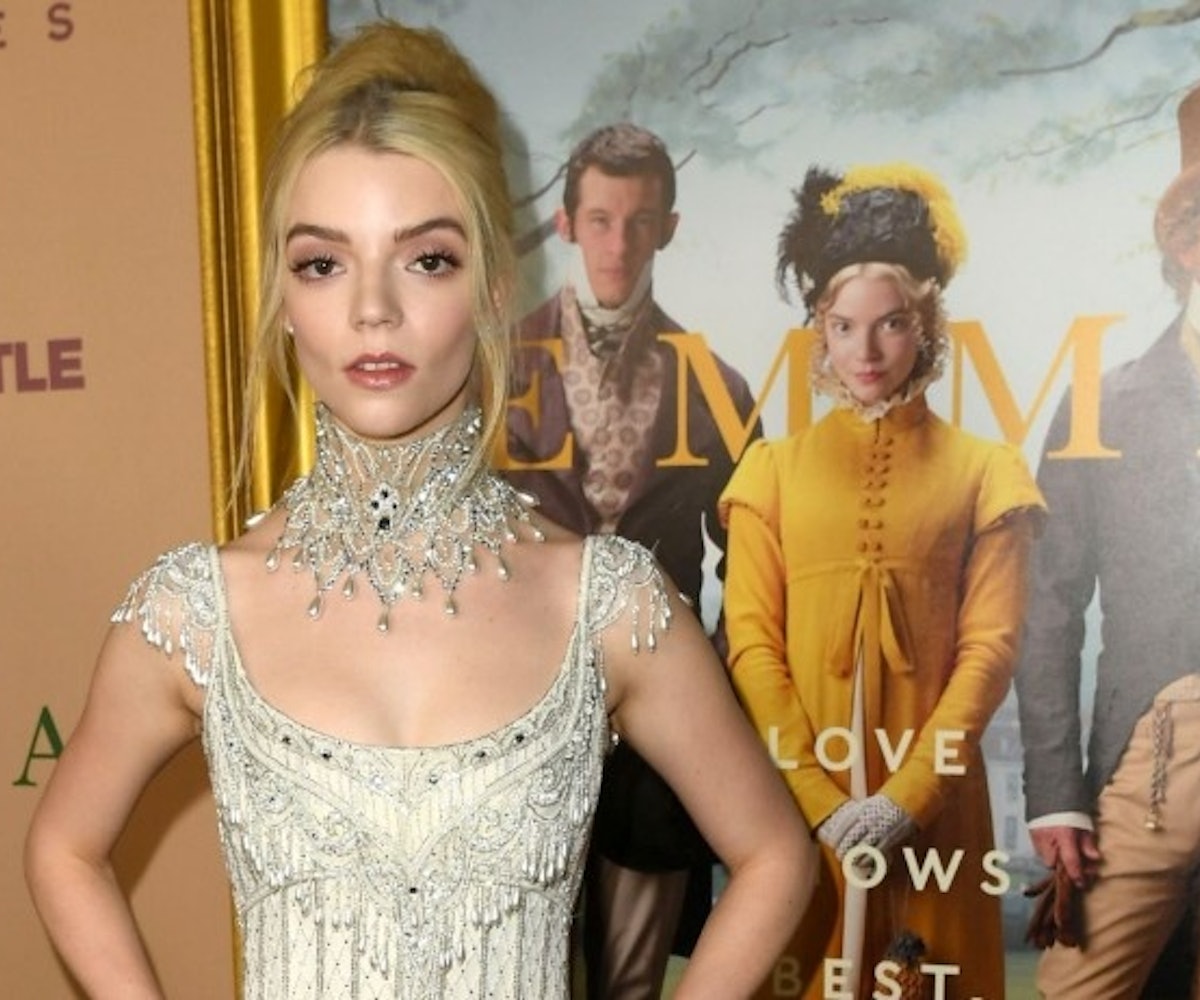 Anya Taylor-Joy continues her reign as best dressed of the Emma press tour. For the premiere of the film in Los Angeles on Tuesday night, Taylor-Joy wore a vintage Bob Mackie wedding gown, plucked from the archives of her stylist Law Roach, which she paired with jewels by Mateo.

The beaded, Victorian-style gown is in line with what she's been wearing to other events for the movie. For a screening in New York, she wore an exaggerated basque skirt and a matching top from Loewe.

Though, not everything she's worn has been on theme with the film's 19th-century setting. While in New York for an appearance on Good Morning America earlier this week, Taylor-Joy wore a skin-tight, leopard-print jumpsuit underneath a black sequin balloon dress by Halpern, even sporting the matching leopard-print heels. It might be something Emma would have worn, if Emma were around in 1983.

"I think a lot of people mistakenly believe that it's cool not to care — especially when you're 13, 14 — but I just care so much about everything," she said during an interview for Alexa. "If I like something, I don't just like it, I love it."

NEXT UP
Culture
Caroline Polachek In KNWLS & More Party Photos You Missed
Culture
On The List (With Melissa Rich): How To Throw The Ultimate Apartment Party
Fashion
Apple Martin Is A Chanel Girl Now
Fashion
Jenna Ortega Is The Face Of Adidas’ Newest Line
Style + Culture, delivered straight to your inbox.