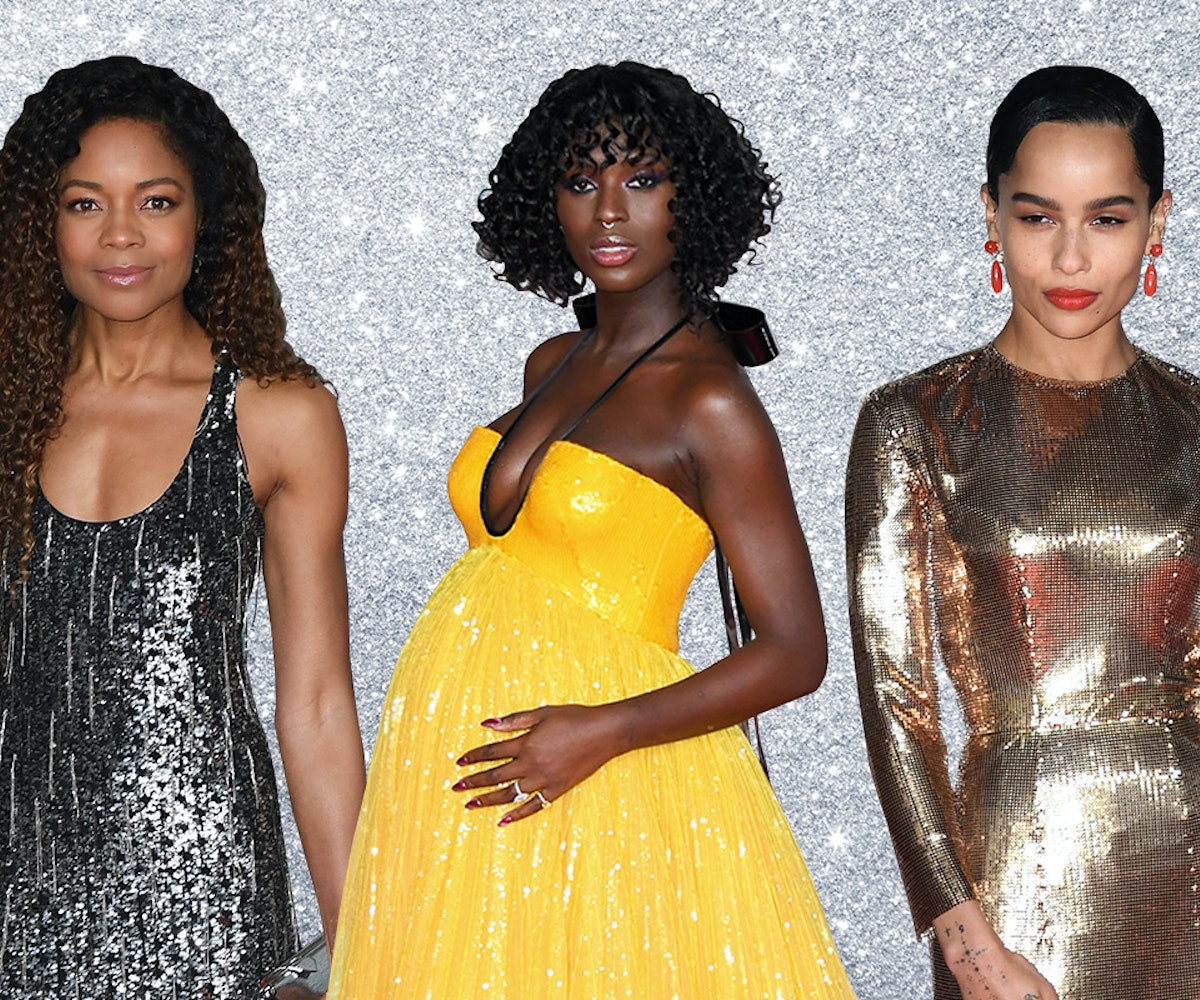 While everyone in America was preparing for the the big show from Shakira and Jennifer Lopez on Sunday night, actors flocked to London for the British Oscars, also known as the British Academy Film Awards, or BAFTAs for short. Everyone from Zoë Kravitz and Laura Dern to the Duchess of Cambridge Kate Middleton herself was in attendance for the special ceremony, and our 2020 BAFTA best-dressed picks — including Kravitz, Naomie Harris, Jodie Turner-Smith, and more — literally shined on the red carpet in head-to-toe sparkling gowns.

As for Middleton, she re-wore an Alexander McQueen gown that she previously was seen in during a dinner in Malaysia back in 2012. The Duchess was following a memo from BAFTA that urged guests to re-wear their clothes or opt to buy vintage or rent for the red carpet and ceremony.

"Sustainability is very important to BAFTA, and we're doing more than ever before," the academy said in a press statement before the event. "The goal is that the EE British Academy Film Awards 2020 will be carbon neutral, working towards having a net positive impact on the environment."

The red carpet itself was made from recyclable materials and the dinner was made from sustainable produce. However, it's unclear which of these best-dressed stars opted to go green(ish) — most likely none, except for the Duchess — but we can agree that they all looked good. See our favorite red carpet looks from the 2020 BAFTAs, below.

Zoë Kravtiz was sparkling in a gold Saint Laurent gown.

Jodie Turner-Smith showed off her baby bump in yellow Gucci.