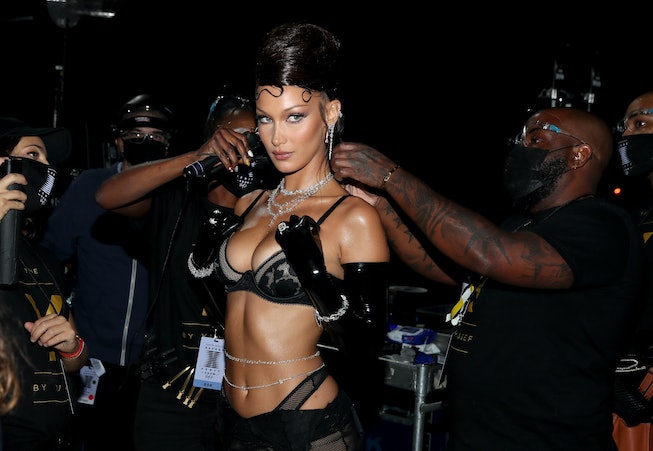 Bella Hadid has a new secret man. Page Six has reported that the model has been quietly dating Jack Nicholson's grandson Duke since late last month. Prior to leaving on her girls-only birthday trip, the two reportedly had their own little getaway to celebrate her 24th birthday.

Hadid previously dated The Weeknd, having an on-and-off relationship with the singer from 2015 up until 2019. Little is known about Nicholson's dating life, or anything else, really. The 21-year-old actor starred in Jordan Peele's 2019 horror film Us and is perhaps best known as the man alongside Lana Del Rey on her album cover for 2019's Normal Fucking Rockwell.

"Lana is a friend of mine and she called me and said, 'Hey, we're doing the album cover tomorrow. You want to be on it?'" he told The Hollywood Reporter last year.

According to the singer's sister, photographer Chuck Grant, "He's family to us."

Hadid is staying mum on revealing anything about a potential new relationship. The model is still currently living it up on some tropical island with her friends, which has been taking up a bulk of her recent Instagram posts. The world will now be keeping its eyes peeled on those Stories though.