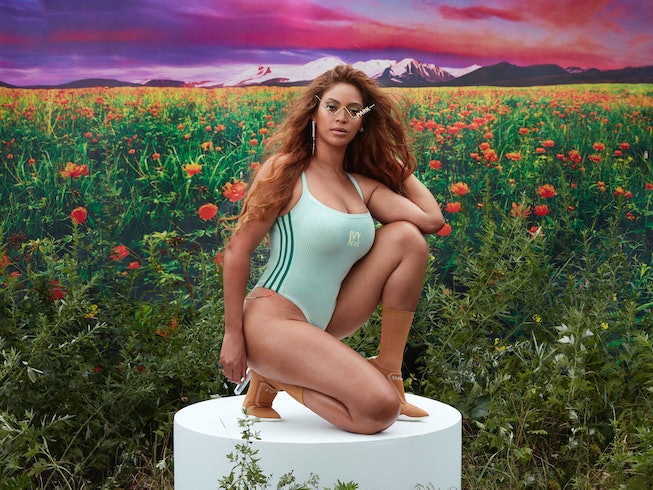 Earlier this week, Beyoncé posted a very cryptic photo announcing her second Ivy Park drop with Adidas, writing a simple, “DRIP 2 October 30.” Now, days later that have felt like years to some, we have more details on the highly-anticipated drop.

According to the press release, Bey found inspiration in lockdown and her newfound slower pace of life, which also included "fashion Fridays" with her children.

Ivy Park's first collection with Adidas was released earlier this year, having her celebrity friends, including Diplo, Reese Witherspoon, Megan Thee Stallion, and Cardi B, help promote the new line via their Instagram accounts. Prior to the launch, she spoke with Elle about the importance of keeping the new iteration of Ivy Park gender-neutral.

"The way [men] have embraced the brand is an unexpected gift," she said. "I appreciate the beauty of gender-neutral clothing and breaking the so-called fashion rules."

Drip 2 will be available on Adidas' website on October 30. The pieces are available in sizes XXXS – 4X and prices range from $25 for accessories to $200 for outerwear. Check out images from the campaign, starring Beyoncé, below.