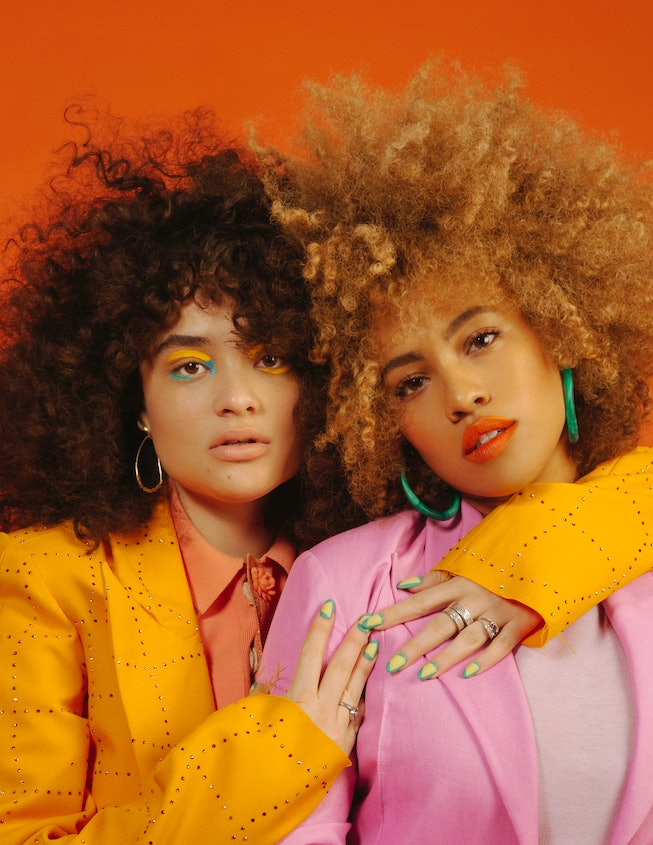 In 2018, then-23-year-old Tyler Mitchell become the first Black photographer to shoot a cover for American Vogue — in its entire 125-year history. His career has since flourished to include more major magazine covers, high-end fashion campaigns, art exhibitions, and, recently, a deal with UTA to expand his work into film and television.

Mitchell, Ijewere, and Scruggs are just a few of many, many Black image-makers that are documenting and shaping our culture behind the lens. Their careers are already thriving with editorials, covers, and campaign deals, but these major milestones prove just how slow the fashion industry has been regarding inclusivity and representation both behind the scenes and in front of the camera.

"I have the opportunity to create a different narrative through photography, and it is not only something I enjoy but I also believe it is my duty to document," says street style photographer Darrel Hunter, who has captured showgoers and celebrities attending fashion week across the world. "If the only people that are being presented in mainstream media all look the same, you will start to believe that there aren't people within the fashion industry that look like you. You start to believe you don't have a place within the industry. There are editors, brand managers, stylists, models, writers, and so many more people within the industry who command great positions and occupy a meaningful space."

While there's surely "a Black renaissance in artistic production," according to Antwaun Sargent, the critic and author behind The New Black Vanguard: Photography Between Art and Fashion, a book published in 2019 that showcases the work of Black photographers, there's still so much more work to be done.

"The fashion industry needs to have actionable initiatives in place, as well as measurable steps with regards to employing and working with Black creatives," advises Hunter. Funds are most important, whether they're for internship programs that can lead to jobs across the industry, or as grants for Black designers to better build their brands. Hunter also emphasizes fair treatment in the workplace and holding non-Black employees accountable. ("There are sadly so many stories of bullying and mistreatment in major companies within fashion that is still going on to this day," says Hunter. "People put up and shut up because they want that glamorous job, but at the same time being torn down inside. There needs to be a safe space for Black creatives.")

"Also, share more examples of Black creatives at work, not just during Black History Month," he adds. "It shouldn't take a horrible loss played out in front of the world for the industry to suddenly jump up and realize there is an issue. These things need to be in place before."