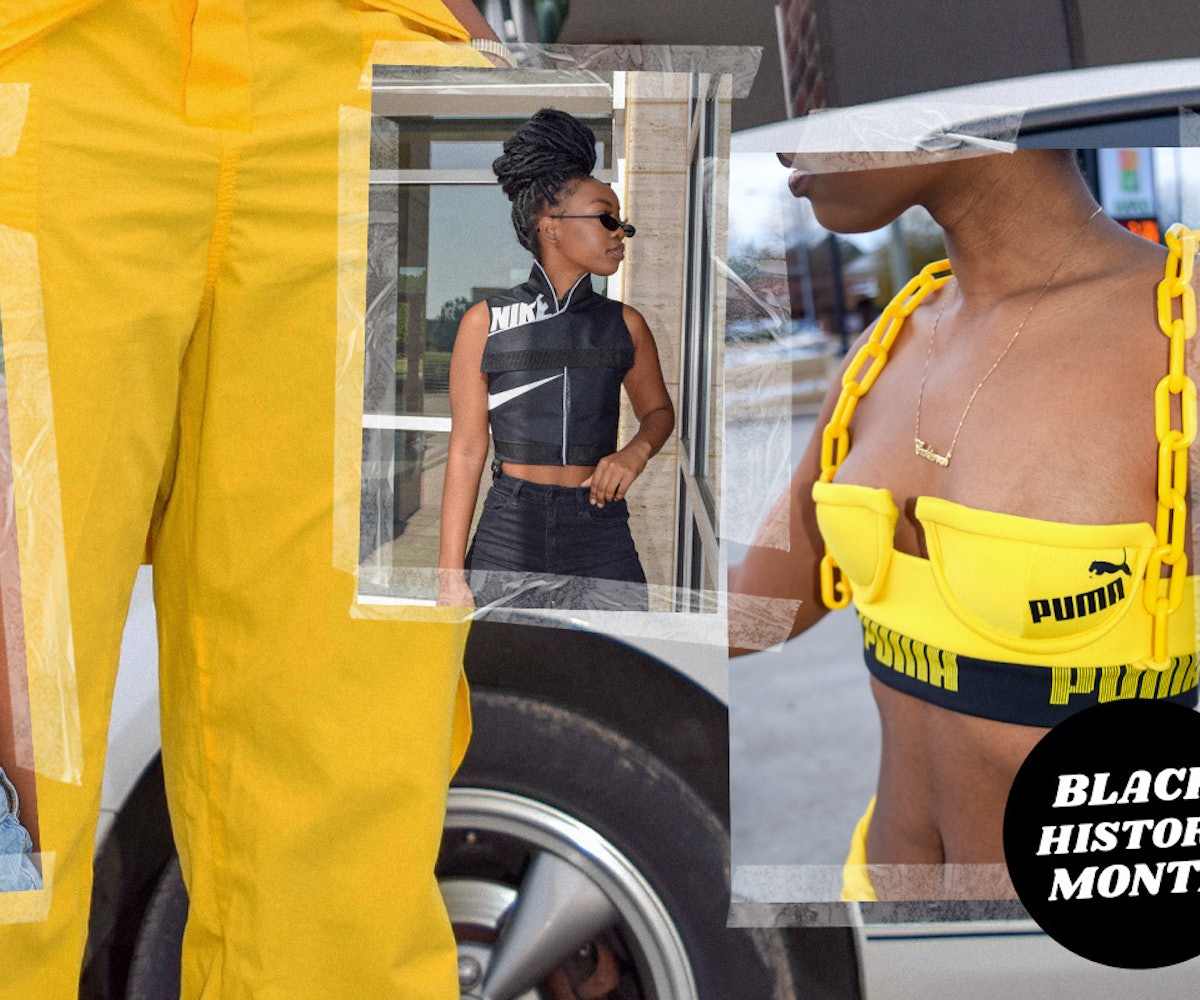 For decades, gatekeepers in fashion have denied Black talent access to their pristine halls of luxury. Despite the lack of opportunity and resources, Black designers have crafted innovative garments in the face of institutional discriminatory policies. Yet, instead of being applauded for their genius, it's stolen to be reproduced by fast-fashion brands and high-end houses, all of which have the financial backing to stall independent Black fashion designers in legal proceedings. Similar to the construction of this country, where would fashion be without Black talent?

Black people are the culture, always have and always will be. In 2019, four Black designers — Virgil Abloh of Off-White and the creative director of Louis Vuitton Men's, Kerby Jean-Raymond of Pyer Moss, Telfar Clemens of Telfar, and Heron Preston — were nominated for a 2019 CFDA Award, and for a moment, it appeared that the fruits of the National Association of Black Fashion and Accessories Designers' decades of labor paid off. However, the not-so-diverse roster of board members did not grant one Black designer an award. For perspective: Even though the Telfar Shopping Bag ascended in a moment of virality and achieved "It" bag status, the 2019 CFDA Accessory Designer of the Year award was given to The Row's Mary-Kate and Ashley Olsen for the second consecutive year.

"The high-end brands and designers are taking ideas from us every single day, and it only becomes cool when it's high-end. For a lot of us minorities and the underprivileged, we want you to see us, but it's so hard to be seen," said Kiki Kitty and Farai Simoyi — independent Black fashion designers who were eliminated from Next In Fashion, Netflix's fashion competition series after a controversial streetwear episode with guest judge Jean-Raymond — in an interview with Fast Company.

"Getting ripped off by bigger, wider, and more famous designers happens all the time," said Kitty in an interview with Jezebel. "It's just it has become part of life. Everyone knows that it happens. You know what I'm saying? These are things that just happen on a regular basis. And then it's like you can't say anything because, first of all: Who's listening?"

Destiney Bleu of d.bleu.dazzled claims several thefts of her intricate crystal designs by Khloe Kardashian's Good American and Fashion Nova, which used a photo of Kylie Jenner in d.bleu.dazzled's Meteor Fishnets to market its $12 duplicates. In 2017, Bleu used legal actions to hold Good American accountable for predatory practices, especially since the Kardashian family purchased d.bleu.dazzled garments prior to Good American's release. In an email to HuffPost, a spokeswoman from Good American denied Bleu's allegations.

"There is also something deeply uncomfortable about someone with Khloe's wealth and power appropriating designs and fashion directly from a Black woman with a small business without crediting her, making cheap knockoffs, and then attempting to threaten her into silence. You should be ashamed," said Bleu's attorney in a letter to Kardashian.

An unjust commonality shared among independent Black fashion designers is the experience of theft from larger entities in power, Luci Wilden of Knots & Vibes and Jai Nice of Kloset Envy have personal experiences with their handmade designs being co-opted by Fashion Nova. When they contacted the fast-fashion brand for clarification, the two designers were met with generic email responses from a customer service representative, who gave them an email for the brand's public relations department, which never responded to the designers' claims. Ironic, since Fashion Nova has developed a close relationship with Black woman celebrities, including Cardi B, who mentions the brand in "She Bad" ("I could buy designer, but this Fashion Nova fit /All that ass") and has collaborated on collections that reportedly made $1 million in one day.

"It's hard to protect yourself as an artist because people are constantly telling me, 'You need to do this, you need to do that to protect.' And I don't think people realize how expensive that is and how little change it can make," says Shami Oshun to NYLON. Her Bay Area-based luxury namesake brand specializes in color-changing apparel and jewelry. "[Designers and brands] can just steal a concept from you and you can't really protect a concept like that. It costs a lot of money to do that."

Due to the lack of legal protections, theft within fashion continues to persist unless the designer is able to trademark their signature design, but for independent Black fashion designers who self-fund their productions; they are financially unable to pursue legal actions.

"Several of my pieces that went viral have popped up on these really fast-fashion boutiques on Instagram. Chinese vendors, there's several of them, like my actual images and just sell their version of my product while using my actual pictures. That has happened a lot of times, actually," says Chakierrah Stinson, a self-taught fashion designer who's known for her upcycled designs from Adidas, Puma, and Nike pieces. "I haven't pursued any legal action for the most part. When people send me information, I'll request for them to remove my images and a lot of times they actually do. That's pretty much all I've done."

For designers, such as Oshun and Stinson, who are based outside of major fashion cities like Los Angeles and New York City, the virality of their products is a double-edged sword: promotion of their brands and theft of designs. As major fashion houses prey on independent Black fashion designers on social media, these platforms have connected them to consumers who have remained loyal.

"Social media has helped me tremendously. I'm from Tuskegee, Alabama, and we don't really have any type of industry or any connections because it's a very rural city," says Stinson. "So using social media definitely helped me to get my name out more. I didn't really think or know how people would react to my work, but for the most part it's been a whole bunch of support. People have been really nice and sharing my work. That's how I gained my following."

Black talent will always be successful in fashion, because our genius is unmatched. Whether self-taught or traditionally trained, Black designers have succeeded in the midst of adversity because of their loyalty of Black consumers. The legacy of Dapper Dan is a prime example. The Harlem-based tailor and designer experienced years of success in the '80s hip-hop era, was unjustly targeted by the country's legal system in the '90s, and re-emerged in the late '10s after Gucci was called out for copying his designs. Eventually, Dapper Dan emerged victorious after the luxury brand gave him proper credit for his innovative work and granted him an official partnership. Like the culture, we run this, always have and always will.

NEXT UP
Fashion
Apple Martin Is A Chanel Girl Now
Fashion
R&B Artist María Isabel Is Making Room For New Style With Nuuly
Fashion
Telfar Thinks You Need An It Wallet To Go With Your It Bag
Culture
Puma Releases Art Book Who’s Who: New York Local Edition
Style + Culture, delivered straight to your inbox.