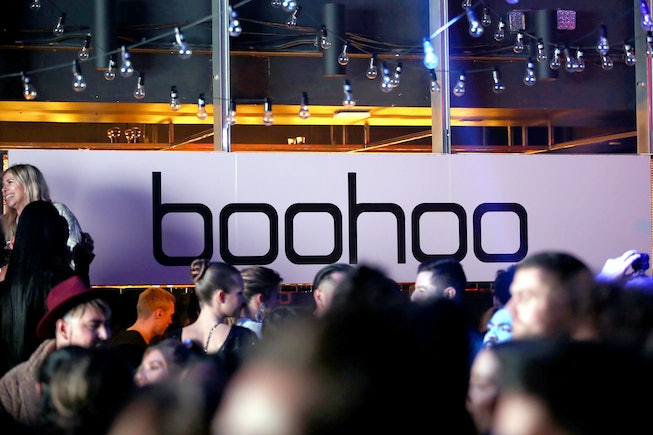 Fast-fashion company Boohoo has thrived during the COVID-19 crisis, but a new report from The Sunday Times is claiming that it may be due to underpaying and overworking its employees in its Leicester, U.K. factory. The company continued to operate out of its factory during lockdowns in the U.K. without social distancing practices in place, according to an undercover reporter. (A separate report by rights group Labour Behind The Label also claims that these working conditions allegedly contributed to a surge of coronavirus cases in Leicester.)

The clothes made at the factory were for Boohoo-owned Nasty Gal, which has since ended its relationship with the factory.

"Nasty Gal does not allow any of its suppliers to pay less than the minimum wage and has a zero-tolerance approach to incidences of modern slavery," a spokesperson for Nasty Gal said in an official statement. "We have terminated relationships with suppliers where evidence of non-compliance with our strict code of conduct is found."

As for Boohoo, the company has released a statement claiming that the factory was not one of its official manufacturers and is launching its own investigation into how it became involved with Boohoo:

"We are taking immediate action to thoroughly investigate how our garments were in their hands, will ensure that our suppliers immediately cease working with this company, and we will urgently review our relationship with any suppliers who have sub-contracted work to the manufacturer in question."

We've reached out to Boohoo for further comment but until then, we'll be sticking with shopping secondhand and more sustainability-focused brands while sharing this: Oprah-what-is-the-truth.gif.