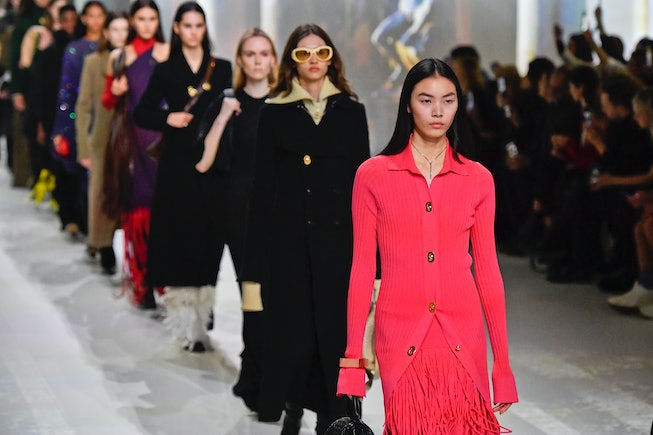 “Matthieu Blazy is an extraordinarily talented individual, whom I am proud and excited to entrust with the creative helm of our luxury House,” said Leo Rongone, CEO of Bottega Veneta, in an official statement. “Bottega Veneta has always been equated with signature craftsmanship and distinctive creativity. Matthieu’s appointment will further enhance the modern relevance of our brand and accelerate our growth, while preserving the values that are at the core of Bottega Veneta.”

Paris-born Blazy, who splits his time between Antwerp and Milan, first joined Bottega Veneta in 2020 as its ready-to-wear design director. Before that, he designed for Calvin Klein alongside Raf Simons, who gave Blazy his first-ever fashion job as men’s designer for Simons’ namesake brand after graduating from La Cambre in Brussels. Blazy also held stints at (Phoebe Philo-era) Céline and Maison Martin Margiela’s couture or “Artisanal” line.

Rumors of Lee’s potential replacement being Blazy were immediate upon the former creative director’s departure, as luxury conglomerate Kering is known for hiring unexpected and up-and-coming names to lead its fashion businesses. (Case in point: Alessandro Michele, who worked at Gucci since 2002 before being appointed to the top role in 2015.)

“The very solid foundations, specific codes and unique identity of Bottega Veneta enable us to nurture great ambitions for the future of this luxury House,” said François-Henri Pinault, Chairman & CEO of Kering, in an official statement. “I am confident that Matthieu Blazy’s wealth of experience and broad cultural background will allow him to bring his creative impetus to the task of carrying on the legacy of Bottega Veneta.”

Blazy’s new role will take effect immediately, according to Bottega Veneta’s official announcement, and will debut his first collection as creative director in February 2022.