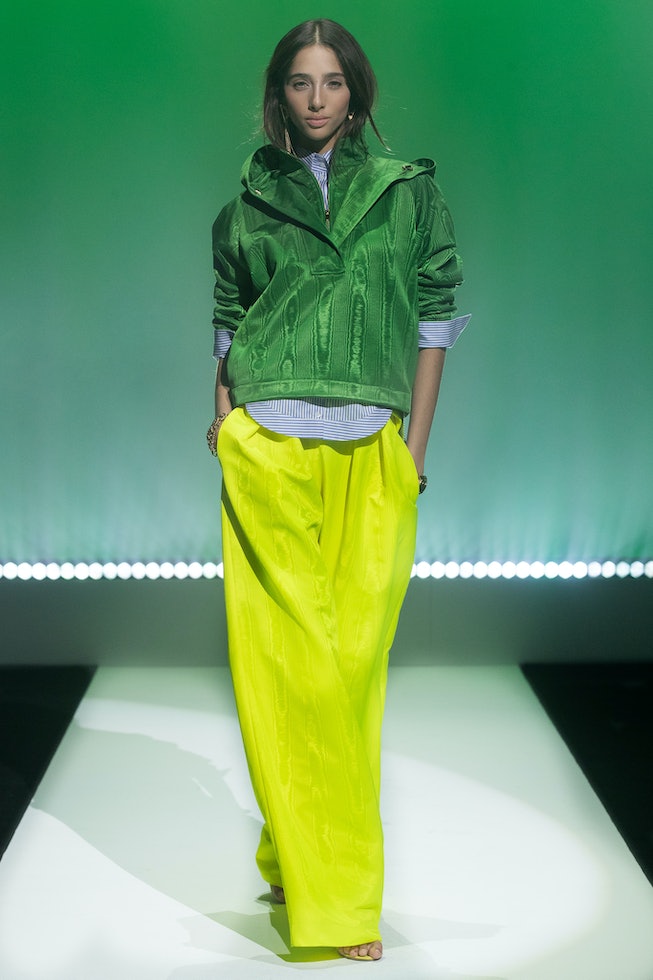 Runway shows have been looking a lot different during 2020. Some have limited, socially-distant audiences, others have been held outside, and many have retired the fashion show altogether indefinitely. For Brandon Maxwell's Spring 2021 collection, the designer opted to film a COVID-safe event at Pier 59 Studios in New York City, spending an entire day on what would have normally been a 20-minute runway show.

In a behind-the-scenes video, Maxwell explained how he staggered the model's call times throughout the day, which started with a COVID test for cast and crew members. After hair and makeup, the models, which included Lindsey Wixon, Mayowa Nicholas, Brionka Halbert, and more, would have their runway walks filmed and their looks photographed. Throughout the show's video, viewers can catch clips of the action happening backstage, along with short interviews with the models.

Ultimately, the unusual runway show reignited Maxwell's passion as a designer, something he admits can get lost after years of success.

"There's so much going on in the world. The crowds have cleared out. It really and truly is about whether you love doing it, and that has been something I've been trying to hit on in every single show for so many years," Maxwell said. "How do you get back to that very simple feeling that you have in those first one or two collections that you'll never have again."

Check out the Brandon Maxwell Spring 2021 fashion show, below.