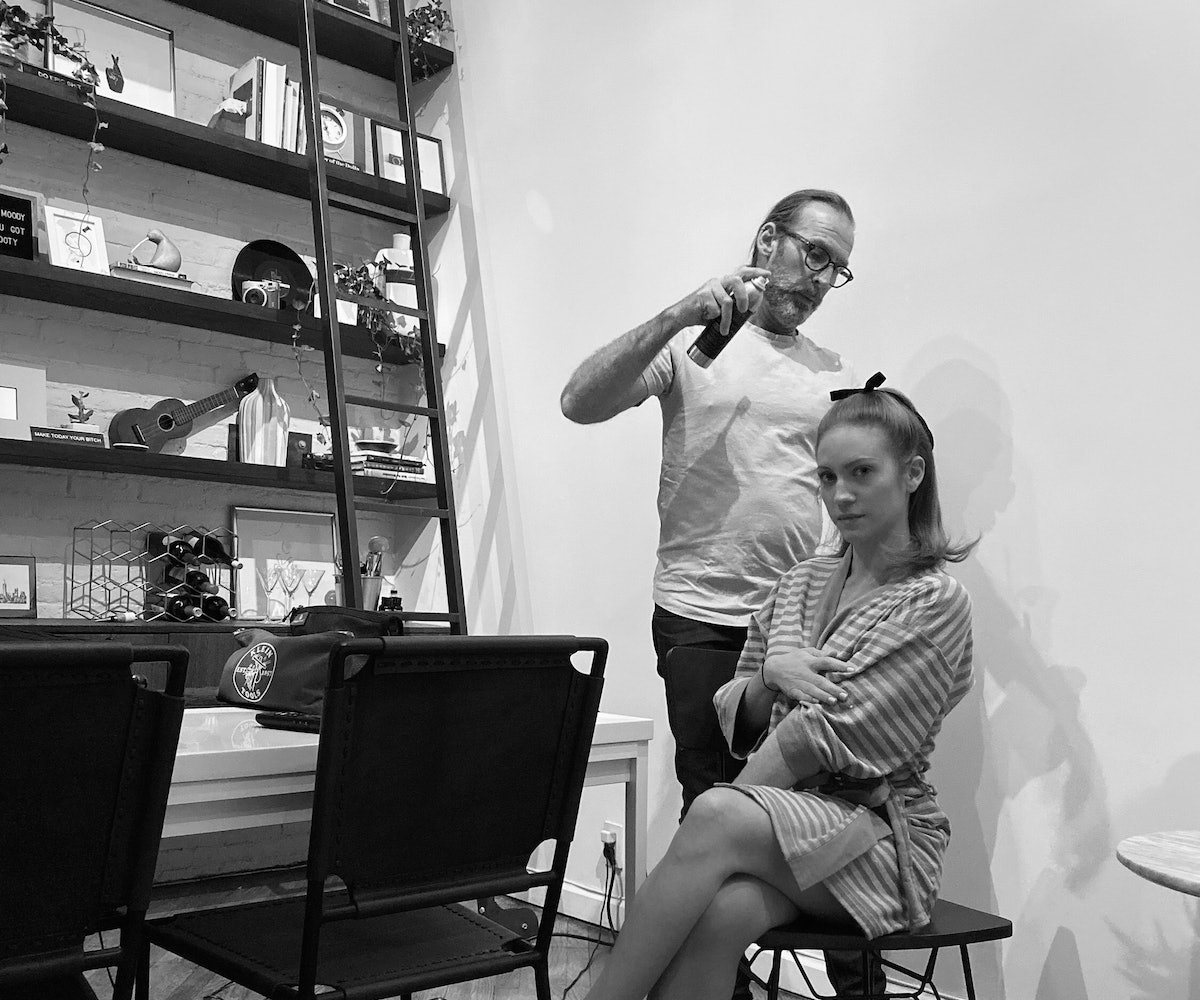 Every year for one night only, Dior takes over New York City's Guggenheim museum for the Guggenheim International Gala, made possible by the brand. This year's black-tie fete brought out the likes of Charlize Theron, Zoey Deutch, Uma Thurman, and Maya Hawke on a chilly Thursday night, but the party, in fact, had officially kicked off a full 24-hours earlier with the Guggenheim International Gala Pre-Party. There, a who's who of Young Hollywood, music, and art, including Nina Dobrev, Maggie Rogers, and Sophia Lillis, took over the museum after hours for a champagne-filled evening that included a live performance from Christine and the Queens.

Among those taking in the festivities was actress Brittany Snow, who wore a sheer polka-dot Dior dress, cinched with a signature "CD" belt. To top off the look, Snow enlisted the Dior Beauty team to create a sweet, fresh-faced look, complete with a ribbon-adorned hair-do. Here, Snow, who currently stars on Fox's Almost Family alongside Emily Osment and Megalyn Echikunwoke, shares her exclusive photo diary from the night with NYLON, capturing everything from the getting ready process to the late-night after-party with fiancé Tyler Stanaland.

NEXT UP
Culture
Caroline Polachek In KNWLS & More Party Photos You Missed
Culture
On The List (With Melissa Rich): How To Throw The Ultimate Apartment Party
Fashion
The Wildest Front-Row Looks From Couture Week In Paris
Fashion
Apple Martin Is A Chanel Girl Now
Style + Culture, delivered straight to your inbox.