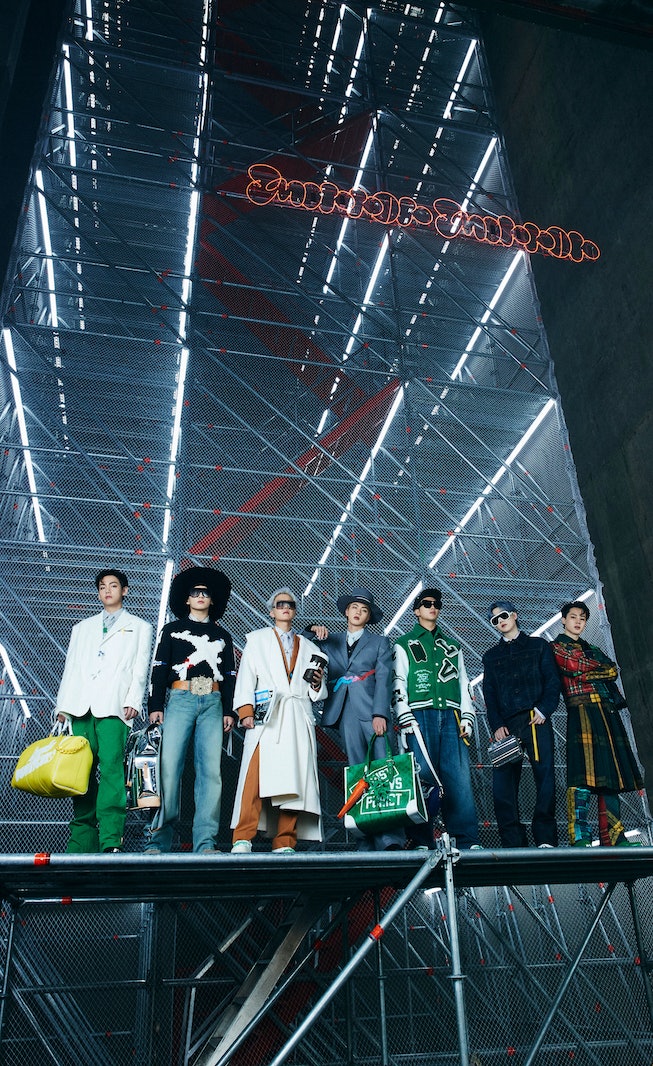 Since joining Louis Vuitton as global brand ambassadors in April, BTS’ first official gig is finally here. On Wednesday, the K-Pop group made their runway debut, starring in a fashion film showcasing the luxury label’s Fall 2021 men’s collection. It also happens to be the very same collection, which originally debuted back in January and was promoted by BTS with a teaser campaign on Instagram, that garnered Louis Vuitton’s biggest online audience yet for a men’s fashion show.

Perhaps that’s why men’s artistic director Virgil Abloh decided to touch down in Seoul and create what he’s calling a “spin-off” collection, including 34 brand new looks and the seven original outfits (from men’s fashion week in Paris) modeled by BTS in the film, directed by Jeon Go-woon.

Seoul happens to be the latest stop for Abloh’s “The Voyage” series, a fashion model initiated by Louis Vuitton in 2020. Instead of following the traditional runway calendar with shows in Paris, the fashion house has been going global, traveling the world and revealing collections every few months in major cities, like Tokyo and Shanghai.

“My shows will now travel the world, the beginning and ends of season won’t be on the invite,” Abloh told WWD in an interview from last year. “It’s one continuous flow that has a little bit of new and some things you’ve seen before. And philosophically, when it comes to the sustainability idea, I’m starting to collapse all the seasons into one.”

As for what’s to come between BTS and Louis Vuitton, this is just the beginning of some “very exciting projects,” according to Abloh’s original statement on their partnership. Until we see what’s next, watch Louis Vuitton’s Fall 2021 “spin-off” show from Seoul in the video, below, and see more photos of BTS modeling the collection.