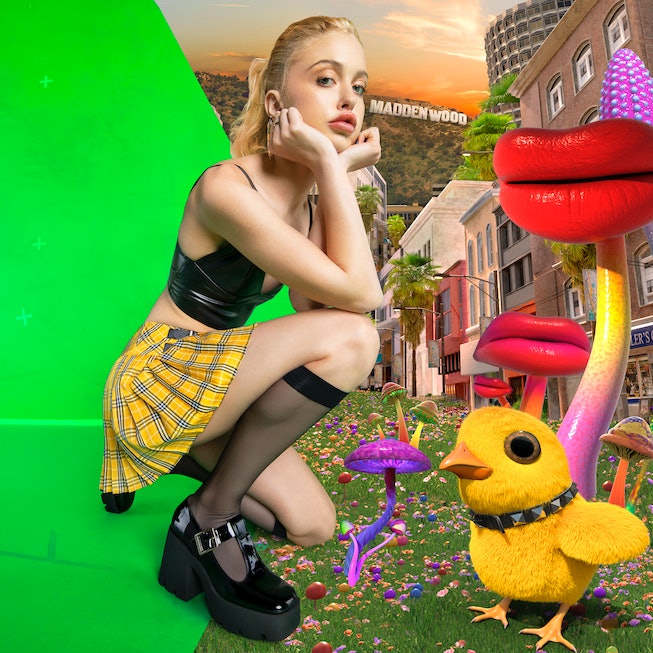 Very few ads define the aesthetics of the early aughts as much as the Steve Madden big head campaign. The instantly recognizable ads, featuring models with huge heads, tiny bodies, and, of course, massive shoes, are burned into the brains of anyone who lived, shopped, and read magazines at the time.

Now, as the ‘90s and early aughts dominate both the zeitgeist and what’s currently in our closets, the iconic shoe brand finds itself once again at peak popularity — and it’s taking the opportunity to revisit a classic. Last year, it reimagined the ad with digital, virtual imagery. Now, it’s bringing it back to life — real life.

Chloe Cherry is one of three stars of the brand’s new Maddenwood campaign, in which Cherry, alongside Bella Poarch and Latto, “audition” to become the shoe they’re each wearing, before being transported to a psychedelic augmented reality scene plucked straight from the ‘80s and ‘90s.

If there was any doubt that the new pics pay homage to the old ones, just take a look at the photo of Cherry. The brand shared the campaign on Instagram with the caption “A big head brought to life.” Even the studded-collared chick in the bottom right corner is a nod to the old images.

According to a release from the brand, the campaign is inspired by a combination of “retro reference,” including Andy Warhol’s screen tests, and the “low-fi aesthetics of the ‘80s and ‘90s.” Back in 2018, when Madden was asked if he’d ever revisit the big head campaign, he offered a non-committal “never say never.”

We must say, this a pretty epic way to bring it back.

Check out more images from the campaign below and head to Steve Madden to see them all.