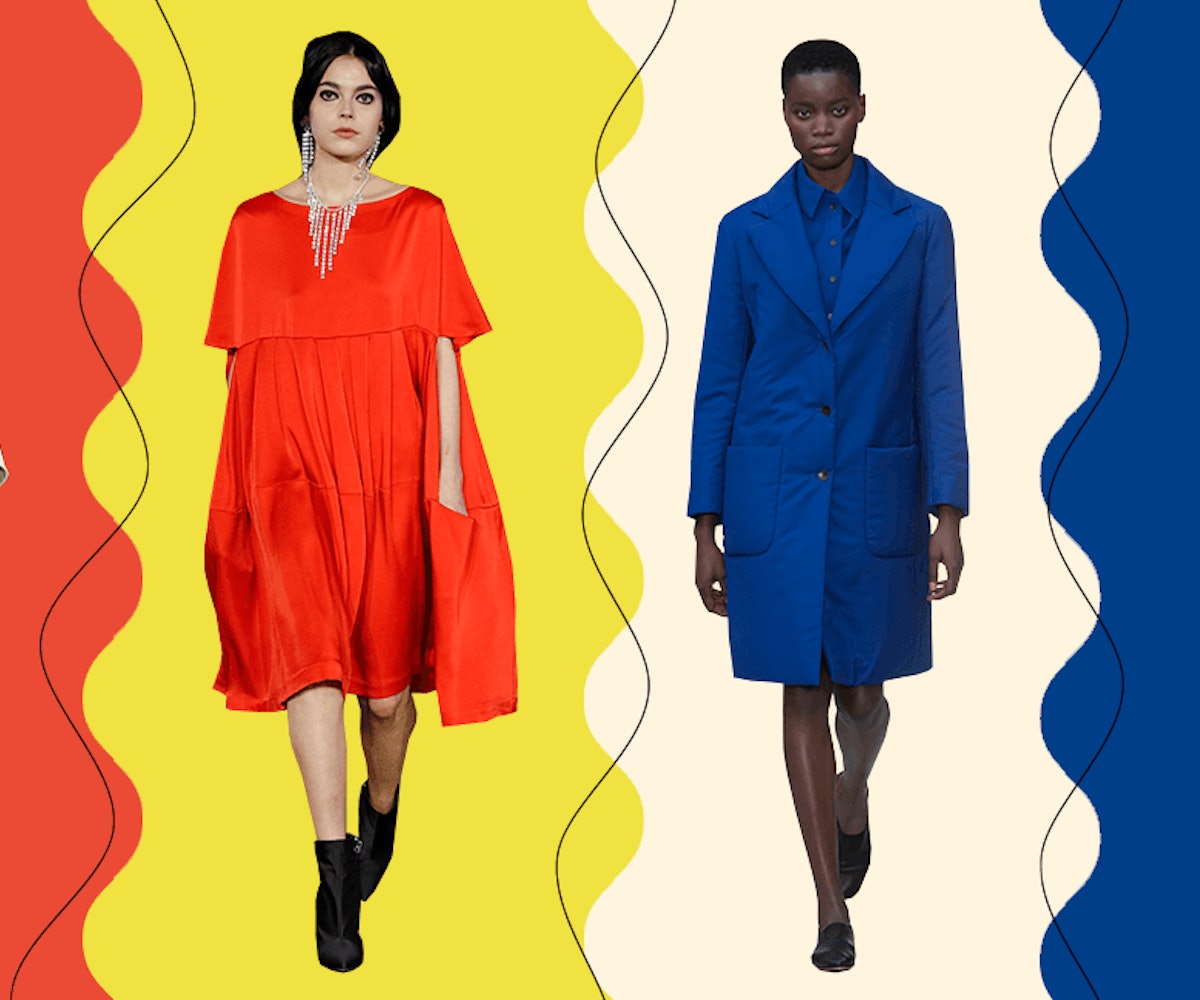 Paris Fashion Week just closed with a bang earlier this week. And while some of the biggest fashion names in the world put on spectacular shows—Chanel showed its last collection designed under the late Karl Lagerfeld, for example, and Dior, Balmain, Givenchy, and Valentino were some of the other household names that staged fall 2019 shows in Paris—there were also a really great crop of new talents this season. From an anonymous Eastern European collective that designs perfected minimalist silhouettes to a Japanese label that has hints of the #OldCeline aesthetic, here are the names to watch for the new season.

Founded in 2012 by Anaïs Mak, Anais Jourden is the Hong Kong-based fashion line that mixes feminine sensibilities with unexpected contrasts. The line made its Paris Fashion Week debut last year and has a penchant for mixing crushed lace mini dresses with puffer jackets covered in textural details like shiny pieces of confetti-like fabrics or raw edge patchwork trim. Mak also regularly includes ladylike fixtures of design: tweed, dropped waists, fitted bustier tops. As the show notes described the fall 2019 show: "Driven by retrospection and affirmation, it is an homage to the Jourden roots that muses on the transformative power of clothes while challenging a certain kind of high-society elegance."

Nehera is the emerging Czech brand with an intriguing history. Czechoslovakian businessman Jan Nehera launched his successful ready-to-wear brand in the 1930s, but World War II caused the company to shutter until its name was acquired by a marketing whiz in the 1990s. Now, the brand operates as a design collective, putting out almost-monastic minimalist pieces, this season inspired by female artists such as German photomontage artist Hannah Hoch and muse to Gustav Klimt, Emilie Flöge.

"For fall 2019 collection, the focus is on the creative woman and on the whole process of creation and its celebration," read the collective designer's show notes. "Following on from the thread of the pre-collection (the woman as artist), we dive deeper into her world to intimately observe how she creates and develops her work in the workshop or atelier and then we accompany her in public."

Designer Keiko Onose launched Cyclas in 2016 after working as the fashion director of the Japanese label United Arrows and founding the fashion boutique, The Secret Closet in Tokyo. For her fall 2019 show, her first on the official Paris Fashion Week schedule, held inside the Palais de Tokyo, Onose showed a collection that mixed mesmerizing contrasts in fabrics, textures, colors, and concepts. It was intrinsically wearable and also quirky, with its mix of supersized bell sleeves and clashing khaki, lavender, and sage color palettes. Onose was inspired by painter Gerhard Richter and sought to make clothes "that would inspire, engage and empower women with the underlining criteria of intelligence, boldness—delicate and feminine."

German designer Lutz Huelle has been quietly working in fashion for decades. In fact, he formerly worked under Martin Margiela and has served as the creative director for Spanish brand Delpozo since last year. But his creative namesake line still remains vastly under the radar, at least for those who aren't familiar with his signature hybrid bomber jackets, silken yet punk ball gowns and transforming trench coats. Huelle describes his work as being everyday pieces put through a different light.

This season's aesthetic was particularly feminine with structured sleeves on high-volume dresses. The theme was that of playing dress up as an adult. "I have always loved the idea of wearing dramatic pieces to do boring things—going to the supermarket in a pink bubble-coat might make the experience so much more enjoyable, also, you never know who you might run into," he said.

Dawei is another brand new player in the Paris Fashion Week scene. Designer Dawei Sun formerly worked at John Galliano and Balenciaga and as creative director of Cacharel before launching his namesake line in 2016.

For fall 2019, he showed his first-ever runway show under his line. With a strong collection full of architectural wonders and playful prints, Sun was inspired by the bone structure of dinosaurs, which he recreated through sharp and rounded lines in everyday fabrics, such as shirting materials and wool. The result was pieces that felt extraordinary yet high-end. Playfully styled with gingham checked socks and puffer jackets that wrapped around the body like padded armor, the debut collection runway show suggested that Dawei will be one to watch long into the future.