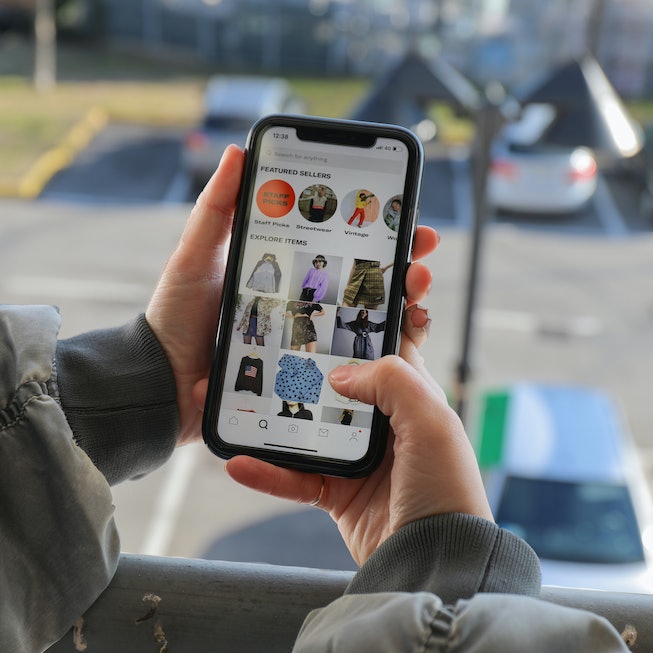 Depop is now joining forces with Etsy for the chill price of $1.6 billion. The two online marketplaces announced the buy on Wednesday, saying that the Gen Z-loved online retailer will continue to function as a standalone marketplace after the transaction is finalized later this year.

“This summer marks exactly ten years since Depop was founded, and I’m delighted to see it mark this anniversary by beginning an exciting new chapter,” Depop founder, Simon Beckerman, said in an official statement. “What Depop offers — easy access to unique fashion and a vibrant creative community — is truly distinctive. It’s all about the power of genuine human connection. And it is the people themselves that make being part of the business such a great experience. I’m so proud of our community and our team, and I can’t wait to see what the next decade will bring.”

The move is the biggest step Etsy has taken to focus on its recent fashion efforts. Previously, it had collaborated with designers Prabal Gurung and Nicole Richie’s House of Harlow on limited-edition “creator collabs.”

The transaction also signals a (very pricey) investment in Gen Z, which has heavily relied on Depop to resell used and upcycled clothing, as well as influenced an entire generation to thrift and shop secondhand. Etsy isn’t the only e-commerce platform putting its money into the youth. On Tuesday, June 1, Yoox announced Hi Guy_Z!, its new concept store to target the younger audience.

Best of luck to every corporation trying to convince Gen Z that they’re cool.