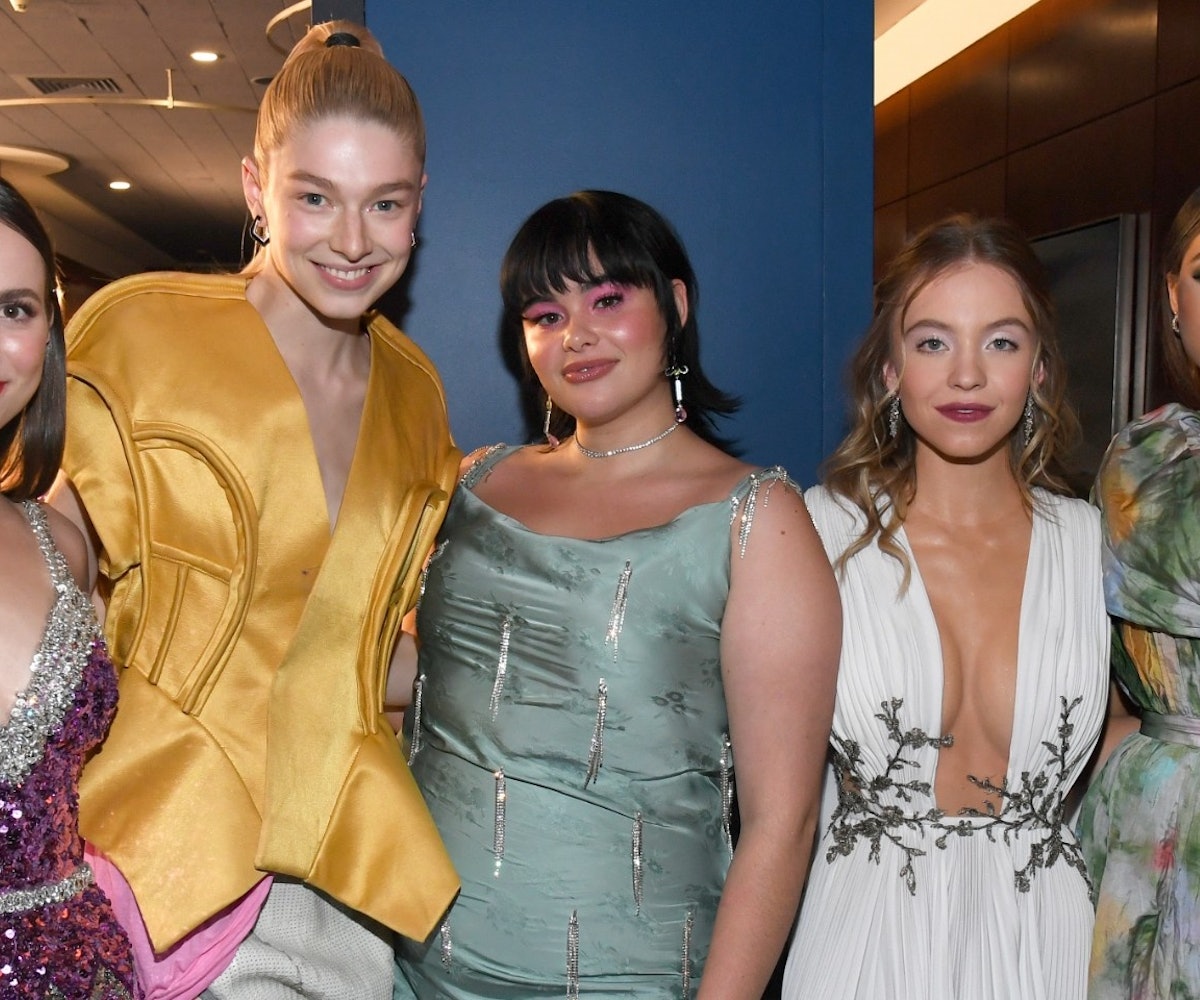 While no hard date has been set on when the hit show will return to HBO this year, at least we have these photos of the Euphoria cast at the 2020 Golden Globes after-parties to hold us over.

Cast members Maude Apatow, Hunter Schafer, Barbie Ferreira, Sydney Sweeney, and Storm Reid attended the 2020 Golden Globes after-parties thrown by InStyle and, of course, HBO, together once the awards ceremony wrapped on Sunday night. (We'll keep our thoughts on the Euphoria's lack of Golden Globes nominations to ourselves.) Sadly, Zendaya (and Alexa Demie) wasn't around to get in on the mini-reunion, but the leading actress will likely have a red carpet appearance very soon at the 2020 Critics' Choice Awards on Jan. 12, which nominated her for Best Actress in a Drama Series.

As for the ladies who did hit up the after-party circuit as a crew, a few of them took part in InStyle and WB's Golden Globes Elevator tradition. Schafer and Ferreira pretend to argue — a sneak peek for what's to come next season? — while Sweeney and Apatow attempt to break the fighting duo apart. Once the elevator doors fully opened, the group switched gears to pose for the camera. "Fake it till you make it," wrote Apatow on Instagram.

See more of what the Euphoria cast members wore to HBO's 2020 Golden Globes after-party, below.

Hunter Schafer and stylist Petra Flannery opted for a full Rick Owens look, complete with a sculptural top, high-slit skirt, and platform boots. Her avant-garde ensemble was accented with a Swarovski crystal-studded finger, styled by makeup artist Sandy Ganzer, which ties in well with the current hand art trend.

Maude Apatow was a dazzling feast for the eyes in a sequined gown by Miu Miu, styled by Leith Clark. She kept the rest of her look simple with a red lip and straight, pinned-back hair.

Storm Reid took full advantage of her ballroom gown moment in a tie-dye-esque Rosie Assoulin gown, chosen by stylist Jason Bolden. We like to think that her green smokey eye is an homage to the popular beauty term "Euphoria Eyes."

NEXT UP
Fashion
Olivia Rodrigo Wore A Sheer Slip Dress To The 2023 Grammys
Culture
Caroline Polachek In KNWLS & More Party Photos You Missed
Culture
The Cutest Couples At The 2023 Grammys
Fashion
Apple Martin Is A Chanel Girl Now
Style + Culture, delivered straight to your inbox.