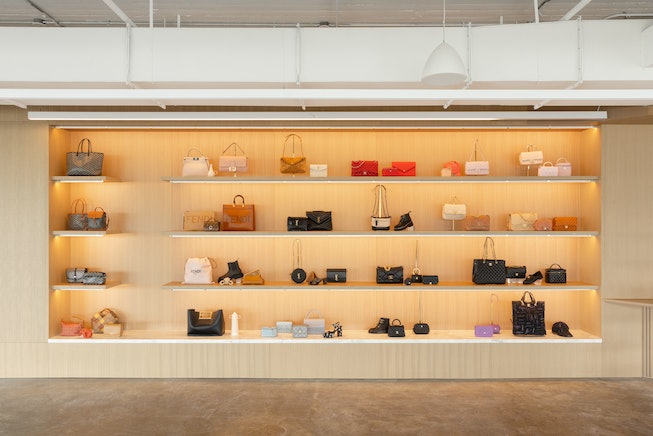 That’s because, as expected, the report states that, against all odds, nearly everything shoppers loved in the early aughts is back in style. This includes what it calls its highest purchased bag of the year — the black, nylon, Prada Re-Edition shoulder bag. According to Fashionphile, sales of the bag increased a whopping 110 percent this year, with the Fendi Baguette and Christian Dior Saddle Bag following closely behind. Carrie Bradshaw would be thrilled!

Vintage, namely high-end vintage, is proving more and more lucrative each year as brands and consumers alike have prioritized supporting a more circular fashion ecosystem and becoming more sustainable. Just this week, Balenciaga (which Fashionphile named its most searched brand by Gen Z) launched a resale program, joining other big hitters like Alexander McQueen and Gucci.

It’s good news, and it makes a bigger difference than you might think. According to Fashionphile, if every shopper swapped just one new purchase with something vintage, “8,700 garbage trucks full of waste would be diverted from landfills and a billion showers worth of water would be conserved.” Yes, a billion.

What’s old is new again in the accessories realm, too. According to the report, sales of pearls are up 255 percent from what they were in 2020, while vintage watches are becoming increasingly popular among women-identifying shoppers (Dimepiece’s influence, perhaps?)

The report also touches on the increasing rejection of clothing and accessories being gender specific, citing a 35 percent increase in the amount of men buying Birkins this year.

All in all, it paints a hopeful picture of a vintage fashion future. You can read the entire report here.