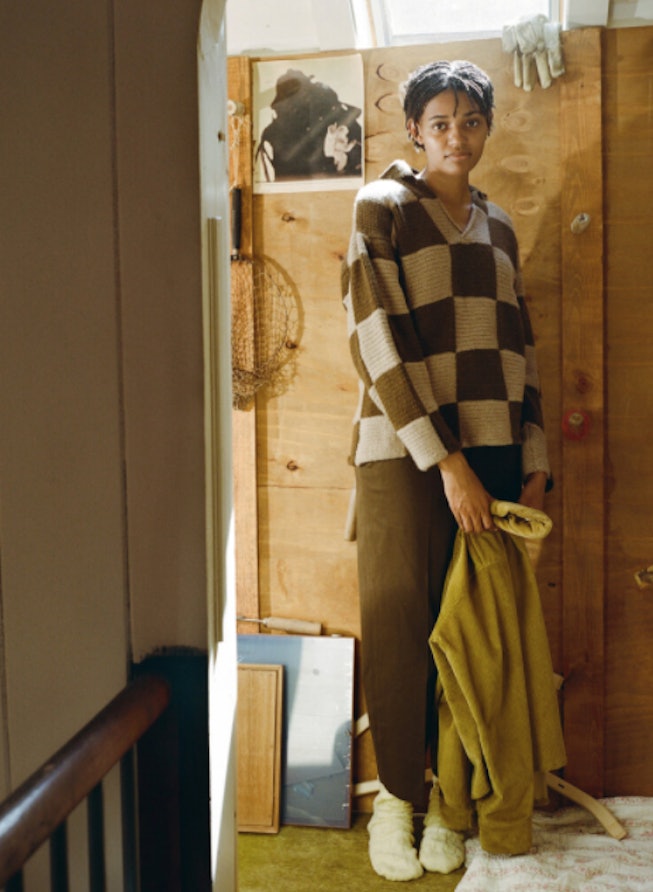 "Thanks so much to Fred Segal and Black In Fashion Council for selecting me," McKnight wrote on Instagram. "The last few months have been truly surreal, and I'm so humbled to have the opportunity to continue creating. Let's keep this conversation going, our work is far from finished."

"We endorsed the Season Zero campaign early on in our relationship with Fred Segal as the brand had already created space to champion Black and Brown emerging designers," said Sandrine Charles and Lindsay Peoples Wagner, co-founders of the Black in Fashion Council, in a joint official statement. "With this in mind and careful assessment of the wealth of talent, the judges panel did an excellent job with the first Season Zero contest. We look forward to the next one and expanding this initiative collaboratively."

The Season Zero contest was set up back in October with the goal of supporting and showcasing emerging, diverse talent in the fashion industry. Read more about the three brands, below.

McKnight launched his label in the midst of the COVID-19 pandemic while quarantined in Brooklyn. Prior to starting his own brand, he worked at Kith and Bode. Inspired by his childhood in Washington D.C., his debut collection explores the nuance of luxury and comfort as well as the hope "of reestablishing the Black mundane."

Founded in Brooklyn by Kingsley Gbadegesin, K.ngsley is a brand born out of and inspired by the Black, queer, femme, and trans communities.

"This collection — made for the girls, by the girls — is an active redefinition of what it means to exist as Black, and queer, and femme all at once," Gbadegesin said of his debut collection and his signature tanks have gained a cult following already. "Channeling the power of our community through the power of fashion, we are creating space and building community for those who have been pushed to the margins of the society and culture they’ve long influenced and inspired."

Led by mother-daughter duo Rebecca Henry and Akua Shabaka, House of Aama explores Black heritage of the American south through fashion. This is the second grant the brand has received in 2020, the first being the Designers Hub grant through the CFDA and Bethann Hardison.