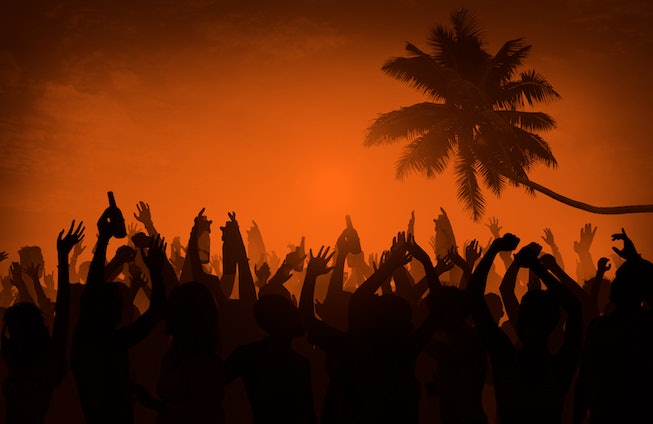 The idea of paying thousands of dollars to be stranded on an island eating sad cheese sandwiches sounds kind of like a refreshing spa day right now. Just a couple of years ago, that was the ill-fated Fyre Festival, which has since spawned two documentaries, thousands of memes, and apparently, some leftover merch.

U.S. Marshalls are auctioning off unsold merch from Fyre Festival in an effort to pay back those who were scammed by its founder Billy McFarland, who is currently in prison and owes $26 million in restitution.

"This Fyre Festival-branded clothing and other items that were seized from McFarland were originally intended to be sold at the Fyre Festival itself but were kept by McFarland, with the intent to sell the items and use the funds to commit further criminal acts while he was on pre-trial release," said U.S. Marshal Ralph Sozio of the Southern District of New York in an official statement.

Some of the items up for bidding include hats, wristbands, tokens, sweatshirts, and sweatpants, with many having racked up bids of over $300. For those interested in owning a little piece of scammer history, the auction will go until August 13. Take a look at all of the items available here.