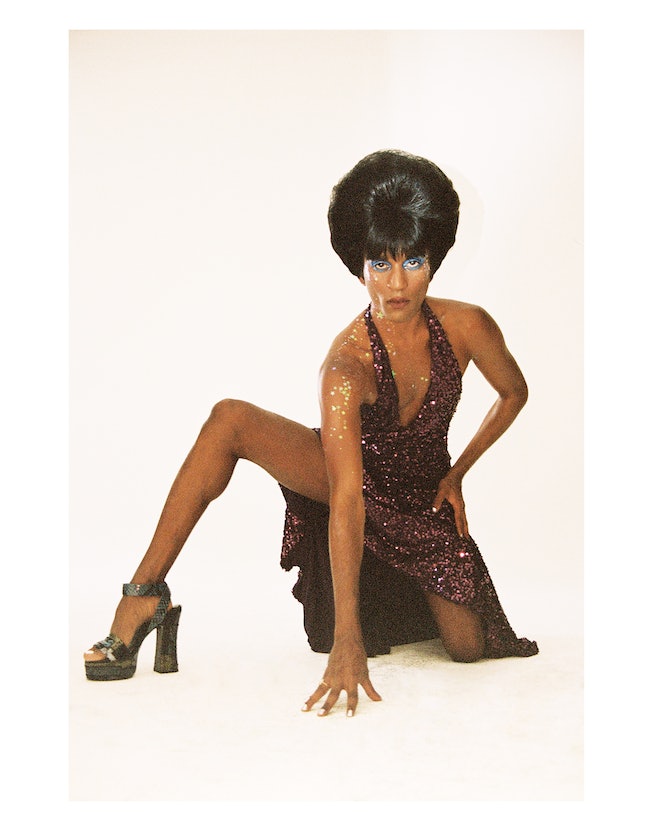 Copenhagen-based fashion brand Ganni has teamed up with model and artist Richie Shazam on a collab that will benefit The Marsha P. Johnson Institute and FOR THE GWORLS, both of which fight for the Black trans community. Two prints by Shazam are available for purchase on Ganni's website for $105 each, with 100% of the proceeds going toward the two organizations.

"These prints represent the emblematic of strength and freedom to express ourselves unapologetically," Shazam said in an official statement. "We must protect and fight for Black Trans Lives and through creative expression, continue to tell our powerful stories in order to dismantle systematic injustice.”

The first print is a self-portrait of Shazam wearing a sequin halter dress and the other is a photo she took during the "Brooklyn Liberation" march for Black trans lives. The historical event drew 15,000 people in front of the Brooklyn Museum in New York in June. Only 50 copies of each print are available, and will come signed by Shazam herself.

"I learned the hard way that living your truth authentically is a revolutionary act within itself. This year we are called upon to stand up and against the violence and hate thrust onto so many black and brown bodies," added Shazam. "So please continue to donate, protest, and speak up. It's about coming together to build community and provide resources, honoring where we came from, celebrating what we have achieved and recommitting ourselves to the work that's still left to do."

Check out the prints, below, and shop them on Ganni's website now.