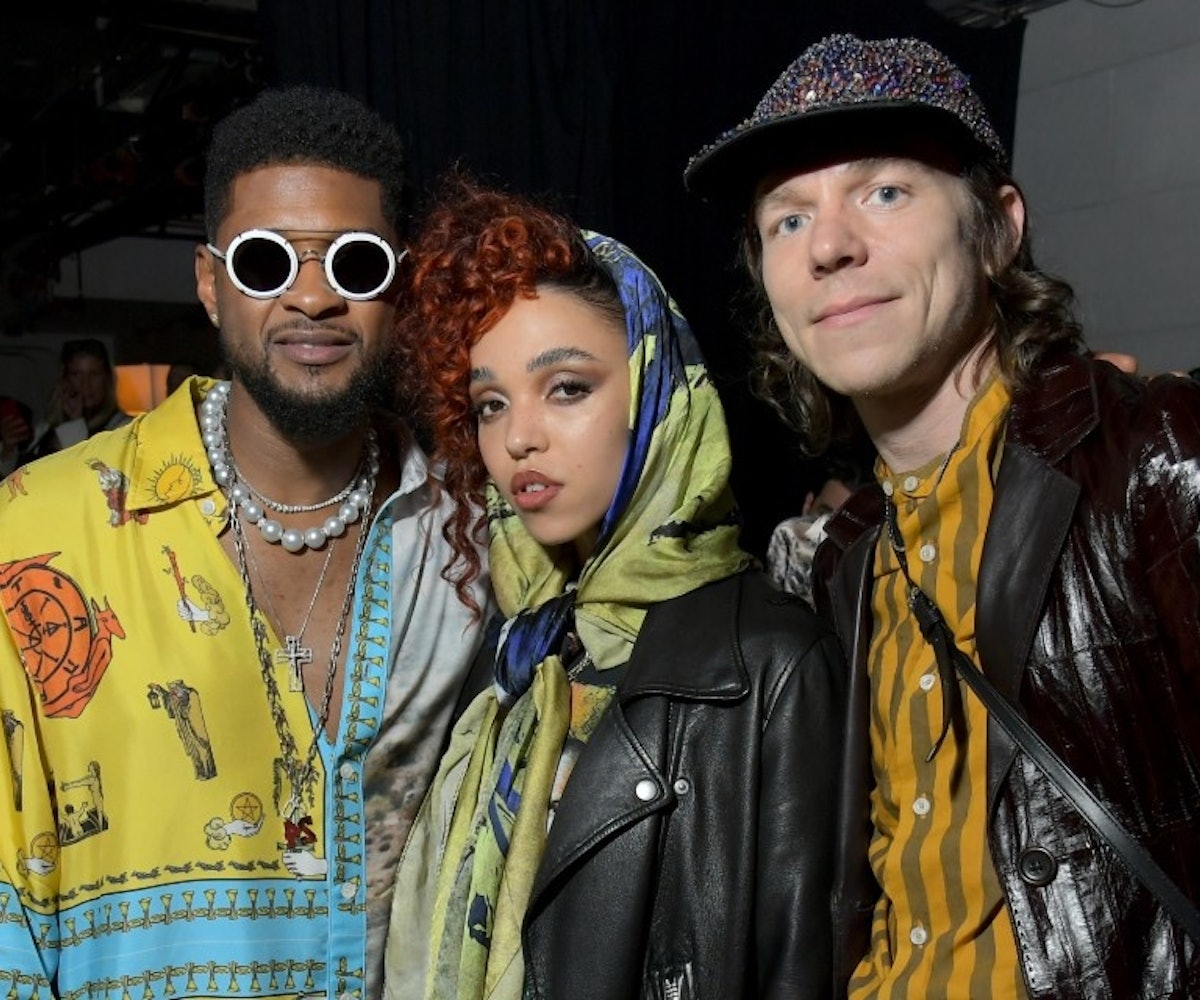 Sunday night's Grammys red carpet was full of head-turning style: Billy Porter wore a hat that was operated by a remote control; Lizzo channeled a young Britney Spears and Diana Ross in a white Versace gown; and Billie Eilish turned heads in a custom green Gucci look. Oh, and of course, there were a slew of certified yeehaw cowboy looks, courtesy of the usual suspects like Diplo and Lil Nas X, but also some unexpected folks like Rosalía and Big Freedia. But the special evening's fashion didn't end there, because after the show are all of the 2020 Grammy after parties, which welcomed the awards ceremony's winners, losers, and a bunch of music-adjacent people who were just there to turn up.

Eilish arrived to the Universal after party in yet another Gucci look (her third of the night), while Kehlani showed up in a pair of printed denim with a white blazer that would make a young Lizzie McGuire swoon. Diplo changed cowboy hats and into a floral print shit for the Sony party for a Margaritaville-meets-Wild-West vibe, and Machine Gun Kelly sparked dating rumors with Noah Cyrus while wearing a white fur jacket and studded boots.

Below, more of the best looks from the 2020 Grammys after parties.

Usher, FKA Twigs, and Matt Shultz apparently have a thing for leather and bold prints.

Diplo changed into a silk floral shirt to hang out with Ezra Koenig.

Rickey Thompson kept it sleek in a white suit, along with Telfar's signature "It" bag.

Chrissy Teigen changed from her orange gown into a little black dress, while John Legend opted out of an outfit change.

Jessie J wore a pinstripe suit while Channing Tatum opted for what we can best describe as "world maps but make it fashion."

Victoria Justice vamped it up in a short leather dress with puffy sleeves.

Ezra Miller is no stranger to making a red carpet statement, wearing a pair or pointed black heels, a hoodie, and what we hope is just face paint.

Beck was shining bright like a diamond in an embellished pinstripe suit by Celine.

Kehlani kept it simple in a white blazer and pair of airbrushed jeans.

Billie Eilish debuted her third Gucci-on-Gucci look of the night.

Maggie Rogers kept it all black in a gown, jacket, and heels, topped with an oversized blazer.

NEXT UP
Culture
On The List (With Melissa Rich): How To Throw The Ultimate Apartment Party
Fashion
Apple Martin Is A Chanel Girl Now
Fashion
R&B Artist María Isabel Is Making Room For New Style With Nuuly
Fashion
Telfar Thinks You Need An It Wallet To Go With Your It Bag
Style + Culture, delivered straight to your inbox.