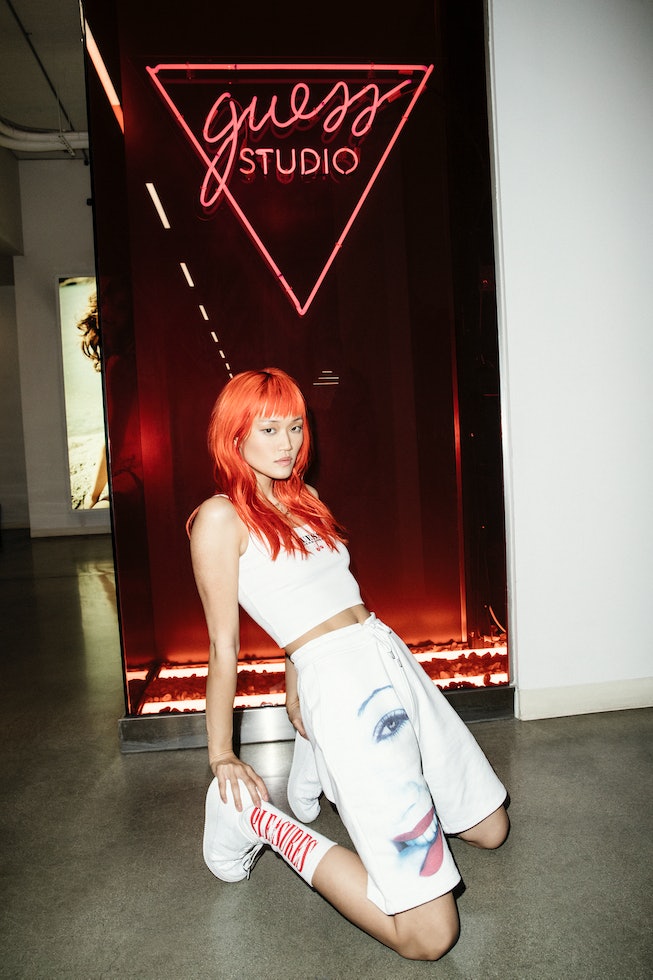 Drew Barrymore is returning to Guess... sort of. The denim brand has teamed up with Los Angeles-based streetwear label Pleasures on a collection of hoodies, T-shirts, accessories, and more featuring imagery from Barrymore's 1993 Guess campaign.

"The idea for the Drew Barrymore capsule started three years ago on another project with Pleasures," said Nicolai Marciano, Director of Brand Partnerships at GUESS, in an official statement. "There has been such an overwhelming number of people who mention her '93 campaign when they discuss Guess' most memorable work. In comparison to other legacy models we have worked with in the past, the time period of Drew's career felt like the perfect unexpected moment of nostalgia to introduce to a new generation of Guess fans."

Barrymore became a Guess girl at 18, signaling her move from wild child to pop culture icon (who was also still a little wild). The new collection includes 36 pieces of men's and womenswear, and reintroduces the polka-dot and denim prints from the heritage brand's '90s archives.

Guess x Pleasures' Drew Barrymore collection will be available in select Guess stores and the Guess website on Feb. 16 with prices ranging from $12 to $108. Check out photos from the campaign, below.