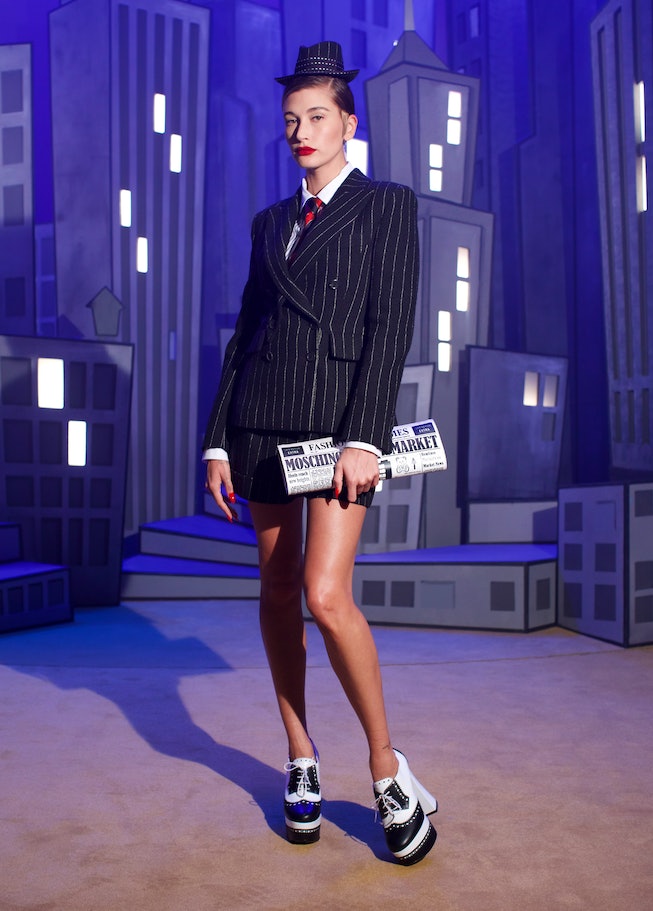 Scott took inspiration from the 1939 film The Women, notable for its absence of on-screen male characters.

The collection's name, "Jungle Red," is taken from a nail color in the film lusted after by the characters, a vibrant crimson that Scott played with throughout the collection.

"It's a color for power," Scott told British Vogue. "It's about self-fulfilling actualization. I'm a firm believer that if there’s something that makes you feel strong, confident and in charge, then wear it. I love the ability of color to be able to do that."

Check out the runway show film for Moschino's Fall 2021 collection, below.