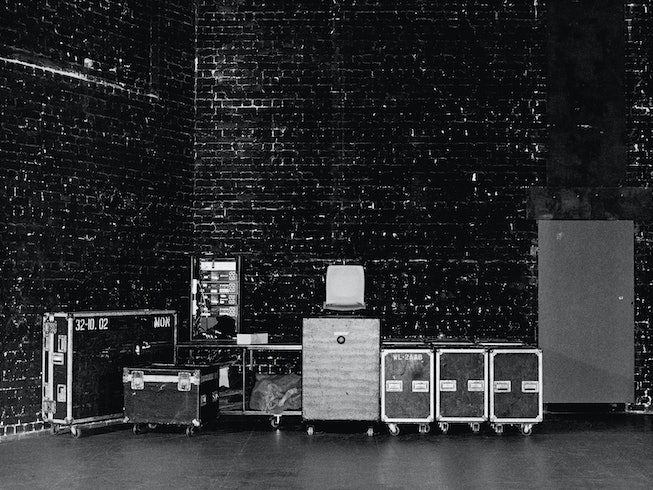 The Celine creative director, who came up at the same time as bands like The Strokes, LCD Soundsystem, Yeah Yeah Yeahs, and more were blowing up, played an integral role in defining the rock-heavy fashion aesthetic that came to be synonymous with the era and its most stylish figures; the mere mention of his name conjures up gritty images of blazers, skinny jeans, black leather, and messy hair.

Meet Me in the Bathroom, an upcoming documentary named after the Strokes’ song and based on Elizabeth Goodman’s book of the same name, premieres in select cities on Nov. 4, and more widely during the week of Nov. 11. To celebrate the release of the buzzy film, Slimane provided photos from his own personal collection at the time to create a special, limited-edition poster.

Slimane’s time at both Saint Laurent and Dior Homme catapulted this androgynous, punk-rock look into the mainstream and on stage. By lending his passion for photography to the film, Slimane, who continues to draw inspiration from music, brings fans back to the intersection of fashion, music, and art that dominated the 2000s.

Take a look at the poster, as well as some of the images Slimane provided, below.

NEXT UP
Culture
A Britney Spears-Inspired Musical Is Coming To Broadway
Fashion
Kim Petras Wore An All-Denim Homage To Britney Spears At The 2022 AMAs
The Art Issue 2022
The Most Interesting Fashion Designers Right Now? Artists.
Culture
Mowalola Teams Up With Bratz For A Daring, High Fashion Collection