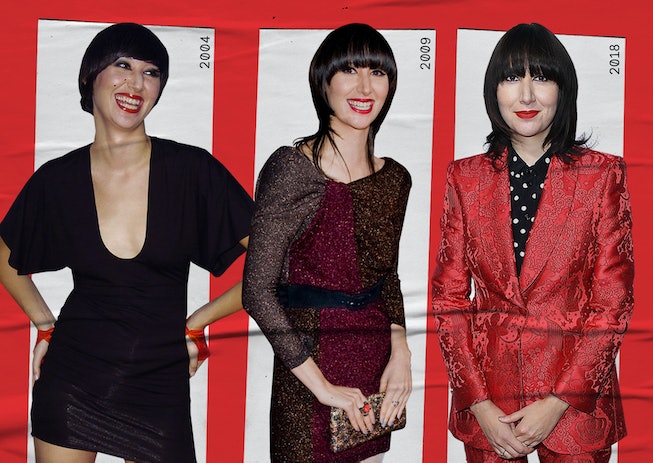 While performing live on stage, Yeah Yeah Yeahs frontwoman Karen O has maintained a memorable style for almost two decades, full of over-the-top costumes that she herself admits made performing a little more difficult and stressful than normal. Her off-stage style, however, is surprisingly more subtle for the woman who made a habit of spitting water all over herself during shows.

"A lot of Christian [Joy]'s costumes are really impractical to wear," she told Elle in 2017, referring to her longtime costume designer. "My tit would pop out the side of it and I'd be trying to keep it up the whole time. It was kind of like our ongoing fighting and struggling with each other. It was the opposite of worrying about, 'Do I look pretty in that?' It was on a completely different planet."

Perhaps it's because her on-stage costumes were the result of much internal stress that Karen O has opted for a drastically simpler style in her personal life, choosing pantsuits and mini-dresses over anything more complicated. Her red carpet style has remained classic and straightforward, though it's gotten slightly more tailored and refined over the years.