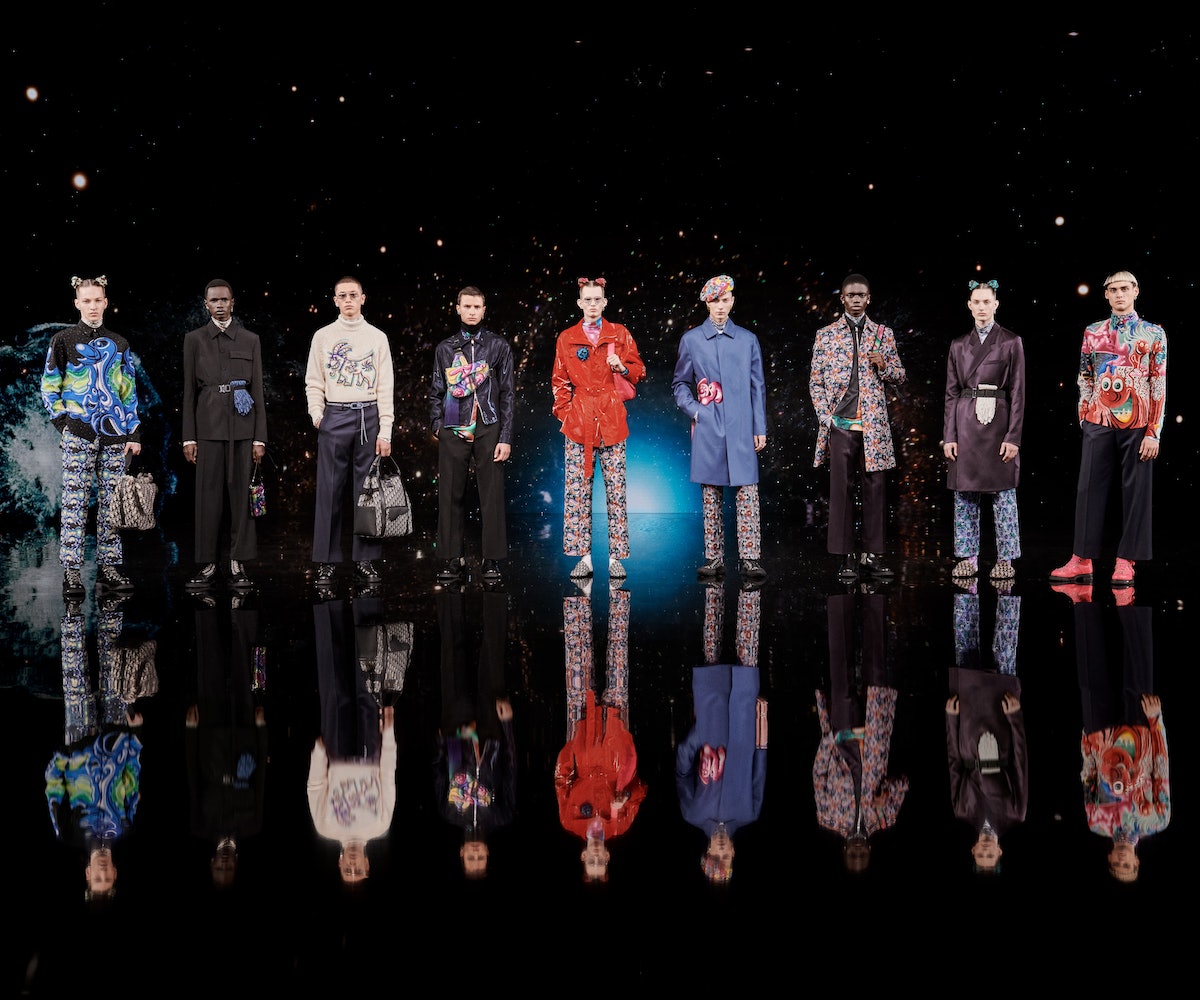 Kim Jones' grand plans of unveiling Dior Men's Fall 2021 collection in Beijing may not have worked out exactly as he had imagined pre-pandemic, but the designer was still adamant about creating something joyous during a time of lockdown.

"I think what people want now is a break from reality," Jones told Hypebeast during a Zoom preview. "People don't want to think about the everyday at the moment. So I wanted to bring some fun — though that sounds like such a silly word. Some energy, some excitement."

In order to do that, Jones looked to artist Kenny Scharf, who rose to fame alongside Jean-Michel Basquiat and Keith Haring in New York during the '80s, to collaborate on a set of colorful prints that now make up part of the new collection. He then reached out to DJ Honey Dijon to get in touch with Deee-Lite's Lady Miss Kier, who would go on to record vocals for the show.

"Strangely enough, she had once applied to be an intern at Kenny’s studio," Jones said. "It's that cultural mish-mash of everything. It's like patchworking it all together."

Jones has never been afraid of collaboration, having teamed up with other creatives like Raymond Pettibon, KAWS, Ambush's Yoon Ahn, Daniel Arsham, and many more in the past. The designer has harnessed his friendships and professional relationships to not only grow his own audience and fanbase, but to challenge the idea of what Dior Men's should look like.

Check out the full video of the Dior Men's Fall 2021 show, below.

NEXT UP
Fashion
LAPOINTE and JONBOY’s Cute Collab Is An Ode To NYC
Life
Away’s Second Designer Collection Will Have You Traveling In Style
Fashion
You Can Now Wear A Keith Haring Piece On Your Wrist, Thanks To Pandora
Fashion
Milan Fashion Week Was Filled With Peak Nostalgia Moments