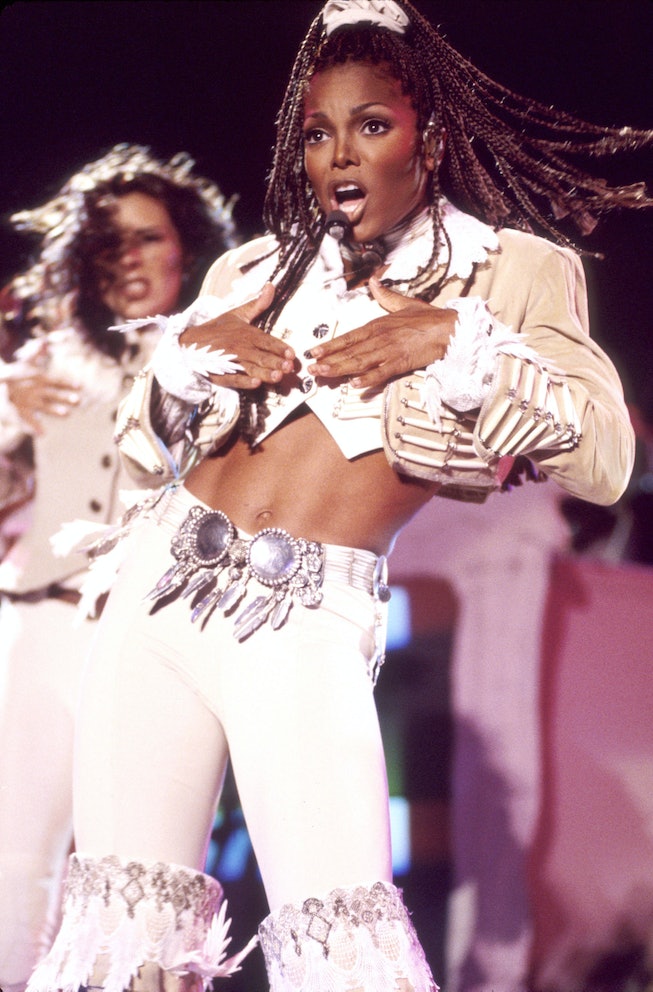 Kim Kardashian has just secured a piece of Janet Jackson history for the cool, cool price of $25,000. Kardashian won the full outfit Jackson wore in her 1993 music video for “If” during an auction hosted by Julien’s Auctions, which sold over 1,000 items from the singer’s private collection.

“Happy Birthday Queen!” Kardashian wrote on Instagram Stories. “For @janetjackson’s bday bc I’m such a fan I can’t believe I won this on @juliens_auctions.”

Jackson congratulated Kardashian on nabbing the lace-up pants and cropped halter top, writing, “Thank u so much @kimkardashian! I hope ‘IF’ gives u as much pleasure as it did me.”

While $25,000 may seem like a steep price, it’s not even close to the top bid from the weekend’s auction. The Dexter Wong black bubble shirt and leather pants worn by Jackson in the 1995 “Scream” music video, which she wore while performing alongside her brother Michael, sold for $125,000. A portion of the auction’s proceeds will go toward Compassion International, an organization that aims to help children in poverty.

Head over to Jezebel to see the list of the 10 most expensive items sold from Jackson’s archive, which includes everything from a 1956 Chevy pickup truck to Jackson’s Rock & Roll Hall of Fame induction ceremony look.

And if you want a trip down memory lane, watch Jackson’s “If” music video, below.