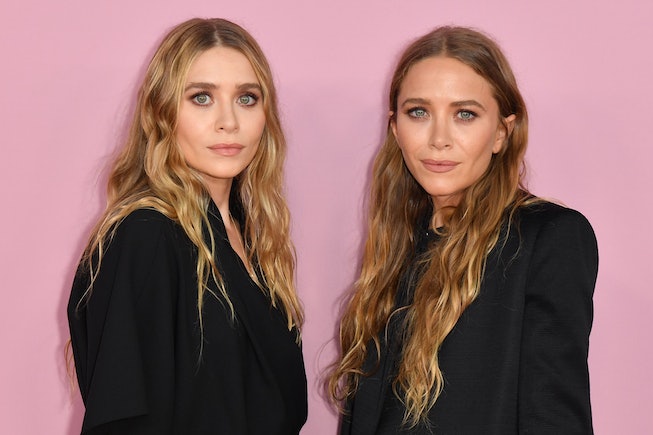 Fashion houses are finding new ways to connect with their following during this current period of extended isolation, including releasing curated Spotify playlists. The latest to do so are Mary-Kate and Ashley Olsen, who revealed what they've been listening to via The Row's Spotify page.

The designer duo's April 2020 playlist gives a rare insight into their musical tastes, with Elvis Presley and Ariel Pink making multiple appearances throughout. Beach House, Bill Withers, Mazzy Star, and Slow Dive are also featured among the 34 songs. Yes, there is a glaring omission of Jesse and the Rippers.

The Row isn't the only brand to share its favorite tunes for quarantine. Alexander McQueen launched a Spotify channel earlier in April, which includes music featured in past runway shows. The high-end label also teased new music from collaborators Isobel Waller-Bridge and the London Contemporary Orchestra, who recently performed for McQueen's spring 2020 show at Paris Fashion Week.

Kenzo has also been using Spotify as a way to keep in touch with fans, releasing weekly curated playlists from friends of the house, including Naomi Scott, Mona Matsuoka, and more as part of its "Stay Home with KENZO" series.

For those interested in channeling their inner Olsen during quarantine, check out The Row's full April 2020 playlist, below.