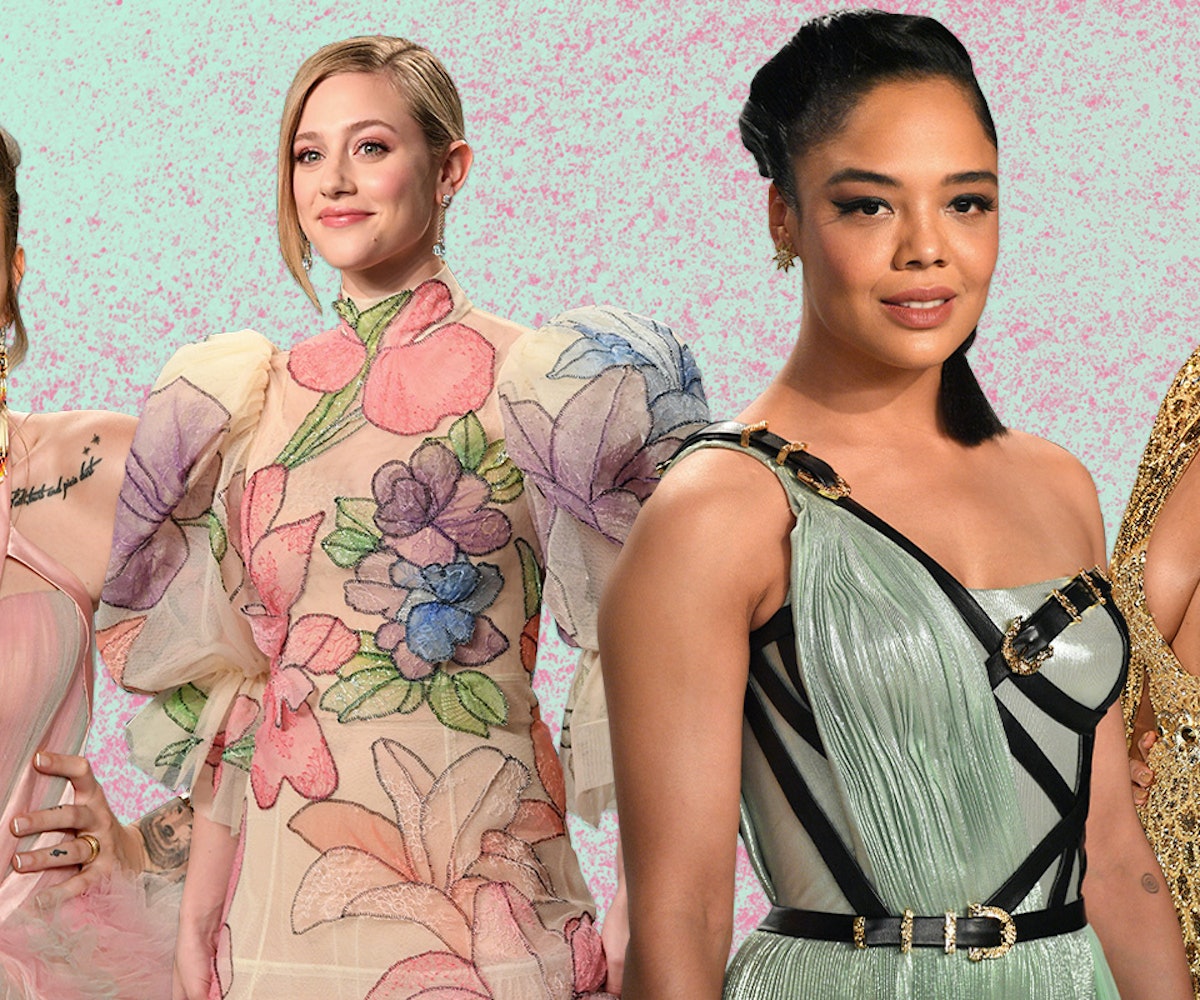 Before the Oscars even came to a close on Sunday, stars were already packing into the after parties, including the 2020 Vanity Fair Oscar Party. I mean, why sit through a three-hour ceremony with food that Julia Butters won't even eat when you can schmooze next to an open bar?

While the Oscars red carpet was jam-packed with with capital-L Looks, including Sandra Oh in a ruffled sequin Elie Saab couture gown that the Academy should really consider modeling the next iteration of its statue after, Natalie Portman in a Dior look that featured a cape with the names of all the snubbed female directors embroidered into it, and Billie Eilish in Chanel, the after party red carpets are not ones to be ignored.

Paris Jackson, Lili Reinhart, Tessa Thompson, and more all skipped the awards ceremony and to attend the coveted ticket that is the Vanity Fair Oscar Party red carpet, and they all gave the ceremony's actual red carpet a run for its money. Later in the evening, guests like Tracee Ellis Ross and Billy Porter arrived, wearing the most dramatic looks they could find from Zuhair Murad and Christian Siriano, respectively.

Below, catch all the must-see looks from Oscar night's after parties.

Katherine McPhee wore a Christian Siriano gown with a side cut-out.

Gabrielle Union wore a white dress with a whole lot of frills.

Billy Porter let Christian Siriano's designs do the talking for him.

Billie Eilish went back to her trusted Gucci.

Ciara showed off her baby bump in a sheer Ralph & Russo look.

Emily Ratajkowski kept it simple in a white bra top and long skirt.