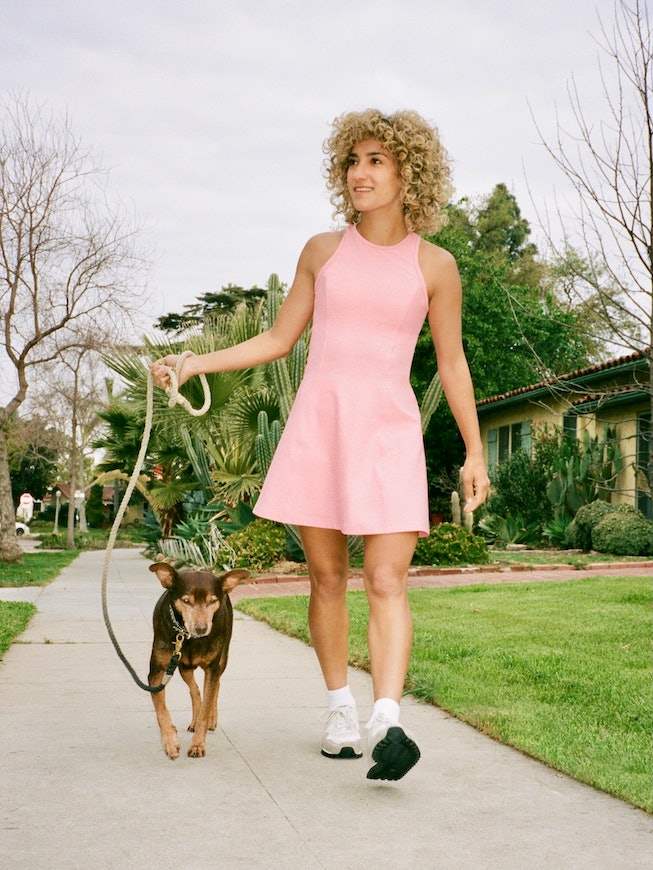 When Outdoor Voices launched its first-ever “Exercise Dress” back in 2018, the new product was an instant hit. Now three years later, the activewear brand is banking on its longtime success with another style, the “Athena Dress,” which just dropped on Friday.

According to Sabrina Hally, Head of Merchandising and Planning at Outdoor Voices, the new dress’ look was inspired by the company’s best-selling crop top (also named “Athena”), as well as its two-tone leggings. “Made from our signature shape-sculpting fabric, Textured Compression, the ‘Athena Dress’ is an evolution of our uniquely popular ‘Exercise Dress,’” she tells NYLON in an official statement.

You can shop the “Athena Dress” on Outdoor Voices’ website or below, and we suggest you move fast because sizes in certain colors are already selling out.