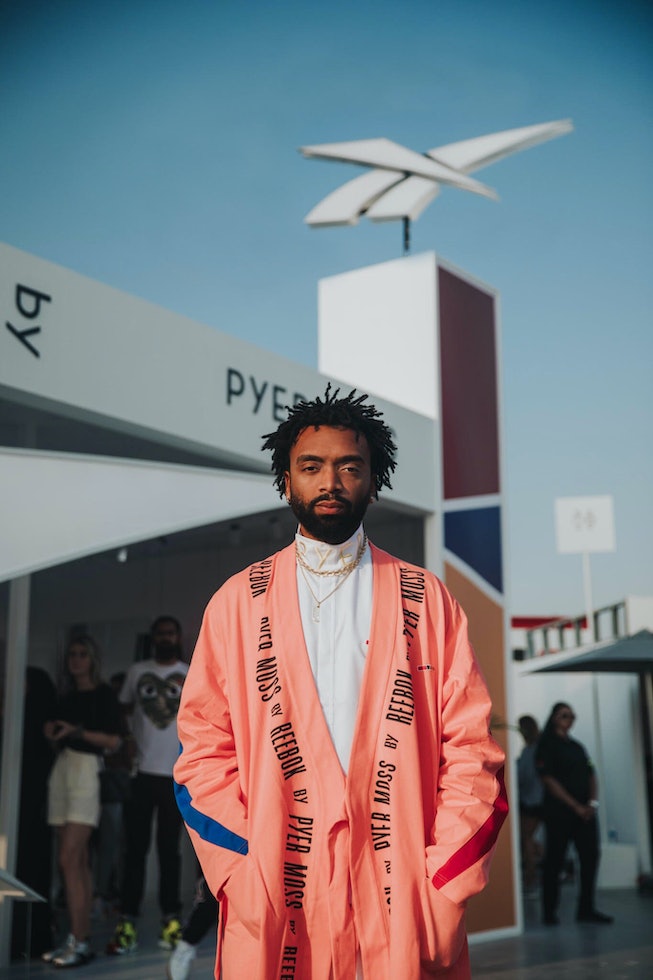 Editor’s Note: This article has been updated from its original version to include the news of Kerby Jean-Raymond’s exit from Reebok.

On Thursday, Feb. 3, Kerby Jean-Raymond announced his departure as Global Creative Director for Reebok. His official exit will be effective on March 1.

“I enjoyed my time with Reebok and wish the company well in all of its future endeavors," said Jean-Raymond in an official statement.

“We want to sincerely thank Kerby for his many contributions to Reebok,” said Reebok President Matt O’Toole in an official statement. “The positive impact he has made on the brand will be felt for years to come. We wish him the very best.”

Reebok was recently acquired by Authentic Brands Group (ABG) from Adidas in August 2021 with an anticipated closing deal within the the first quarter of 2022. As a result, Reebok prepared to lay off 150 employees from the Boston-based sportswear brand. (Though, it is not confirmed whether Jean-Raymond stepping down is in relation to this.)

The Pyer Moss designer’s new role at Reebok was announced in September 2020, shortly after winning the CFDA Award for American Menswear Designer of the Year, as well as launching Your Friends in New York alongside luxury conglomerate Kering to help support the next generation of budding creatives.

“I am thrilled to be evolving my role at Reebok and joining the leadership team as the head of Creative Direction,” Jean-Raymond said back in 2020. “I welcome this opportunity to help invigorate the brand with new ideas, while also focusing on instilling a sense of social purpose into our work.”

Jean-Raymond first joined Rebook in 2017, debuting pieces for his Pyer Moss line in 2018 and in 2019, he took on an artistic director role with the brand. During his tenure as global creative director since 2020, he released a short film titled CrateMaster in July 2021. His final collection from Reebok by Pyer Moss will arrive in late March.

This article was originally published on Sep. 30, 2020