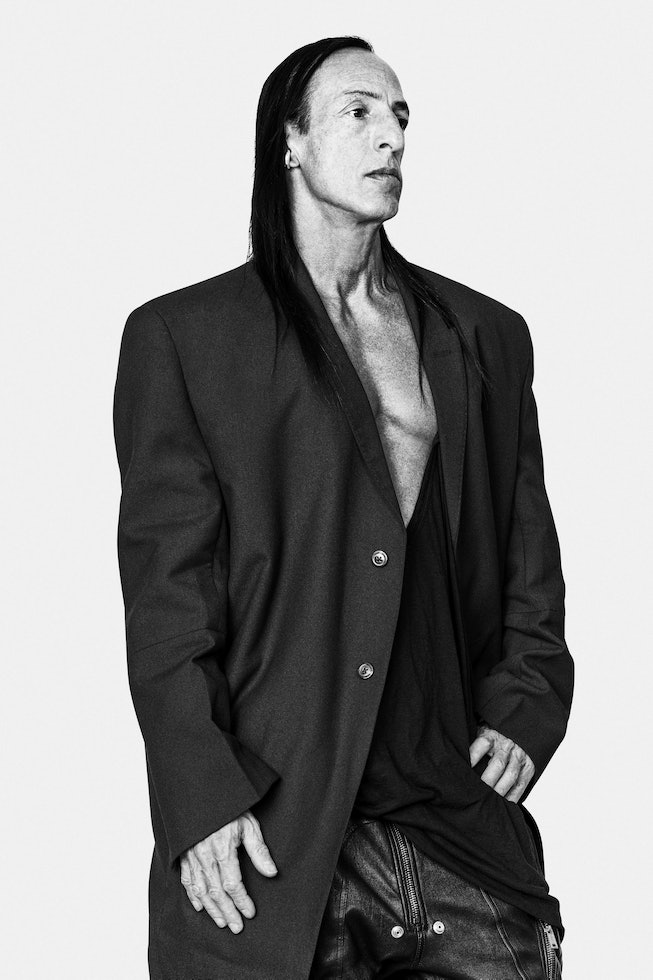 Rick Owens has a tumultuous history with sneakers, but Converse has always been exempt from his derision. Owens unveiled his new collaboration with the shoe brand on Thursday at his Fall 2021 men's show in Venice, Italy.

Though he grew up hating most sneakers, Owens was a proud supporter of Chuck Taylors, the unofficial shoe of The Ramones.

The Converse x Drkshdw line is unisex, ranging in price from $165 to $170, and offers two TurboDrk Chuck 70s, Owens' exaggerated take on the Chuck 70 hightop with an exaggerated tongue and square toe.

"When I see something ubiquitous, I feel like I want to distort it. I don't know what that’s about. Maybe it’s some kind of adolescent rage. But that's one of the greatest appeals of the Chuck Taylor All Star," Owens said in an official statement. "Wearing Chuck Taylors, you align yourself with a generation that was experimental. There is a confident dynamic to the subculture."

Check out Rick Owens TurboDrk Chuck 70 for Converse, below.