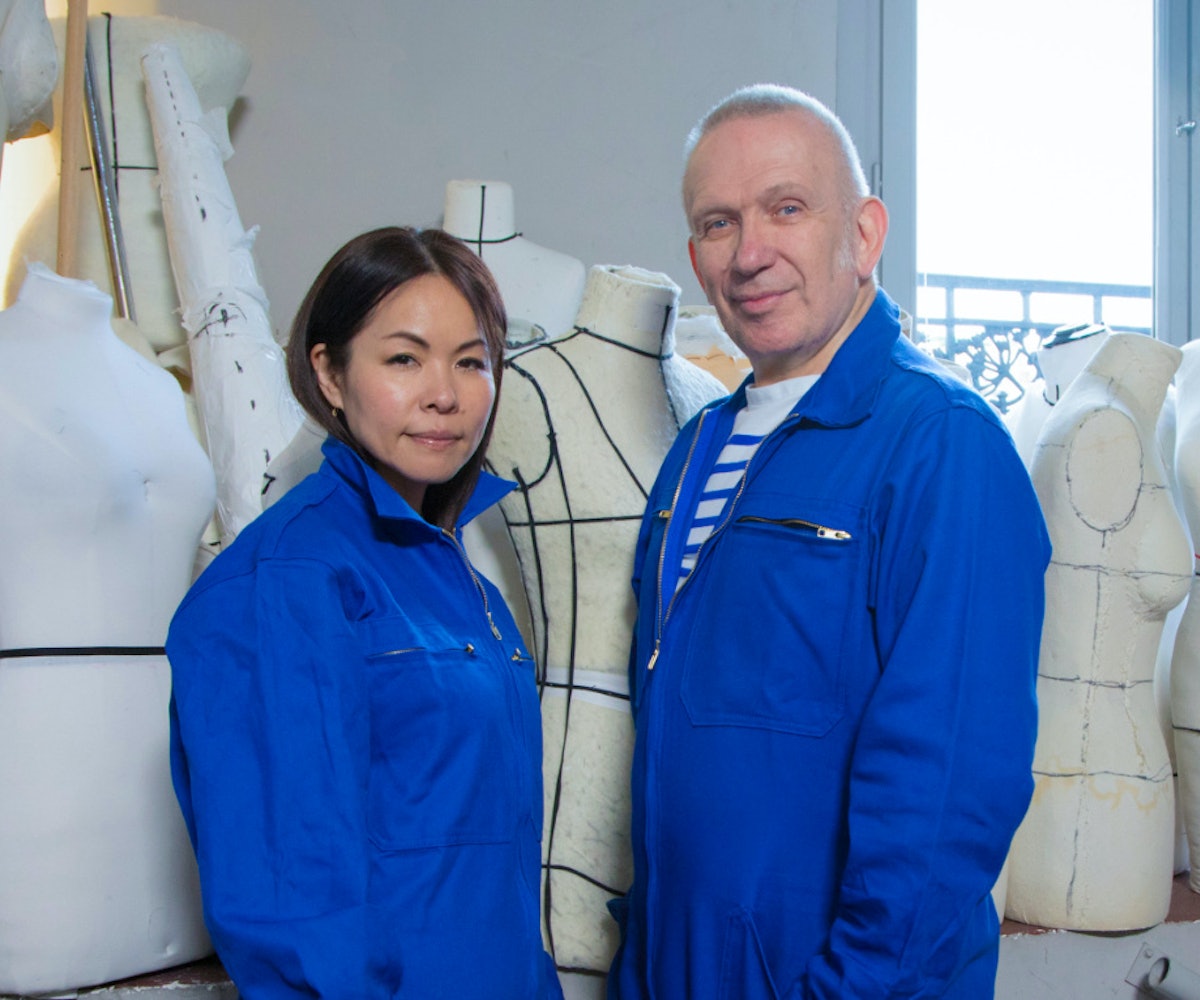 Editor's Note: This article has been updated to reflect the most recent postponement of Sacai's debut couture collection for Jean Paul Gaultier.

The Japanese designer, who founded her label in 1999 after working for Comme des Garçons and Junya Watanabe, is the first of a revolving cast of guest designers to take on Jean Paul Gaultier's haute couture line each season. In January, Gaultier held his final show after 50 years of working fashion, which featured a star-studded front row and roster of celebrity models — including Paris Jackson who made her couture runway debut — as well as a live performance from Boy George.

"The idea of different designers interpreting one haute couture brand came to me in the nineties for a Parisian haute couture house who found itself without a designer," said Gaultier in an official statement. "I am pleased that this concept will become reality now with Chitose Abe of Sacai as the first guest designer. I admire her work, we have many things in common creatively and share a similar vision of fashion. I am glad to give her the complete freedom."

This type of collaborating, specifically linking two big-name designers together, has been bubbling up in the fashion industry recently. In September 2019, Christian Lacroix and Dries Van Noten showcased their surprise collaboration collection for Spring 2020 during Paris Fashion Week. Moncler's Genius Project has likewise proven to be a successful business, with the brand partnering with a slew of designers — from Richard Quinn and Simone Rocha to Rick Owens and JW Anderson — to recreate the outerwear brand's signature puffer. French emerging designer Christelle Kocher of Koché was the first guest designer for Emilio Pucci as she debuted her Fall 2020 collection during Milan Fashion Week. Plus, come September, all eyes will be on Prada: Miuccia Prada and Raf Simons are joining forces as co-creative directors for the Italian fashion house.

Sacai's collection for Jean Paul Gaultier was originally scheduled to debut in Paris during Couture Week in July, but the major fashion event was postponed to Jan. 27, 2021, according to WWD, due to the coronavirus pandemic.

"Even though our new haute couture concept will see the light of day only in January 2021, our teams, Chitose Abe and Jean Paul Gaultier are as committed to it as ever," said Jean Paul Gaultier in an official statement back in March 2020. "The COVID-19 pandemic has affected us like all the other couture houses, but we are confident that the success of Jean Paul Gaultier's last couture collection in January will help us traverse this difficult year."

On Tuesday, Jan. 12, 2021, the anticipated couture collection has been delayed yet again, reports WWD, and will premiere during Couture Week in July, one year from its original debut date.

NEXT UP
Culture
Megan Fox’s Dreamy Vintage Gaultier Dress & More Party Photos You Missed
Culture
An Exhaustive Breakdown Of The Balenciaga Controversy
Culture
Mowalola Teams Up With Bratz For A Daring, High Fashion Collection
Fashion
Reformation & Canada Goose Team Up To Warm You Up

This article was originally published on March 4, 2020