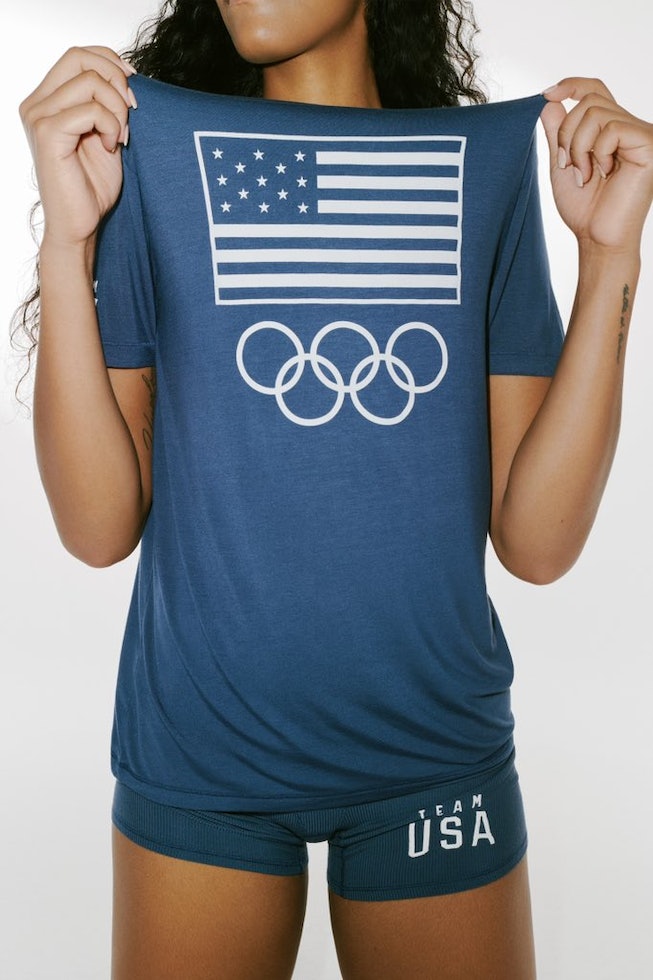 Team USA will be wearing Skims at the 2021 Olympics in Tokyo very soon. Kim Kardashian announced via Twitter and Instagram on Monday morning that her solutionswear brand will be designing the athletes’ official undergarments, pajamas, and loungewear. Skims will be providing all 626 Team USA female athletes with the full collection.

“Ever since I was 10 years old, I’ve heard every single detail about the Olympics from my stepdad,” wrote Kardashian in her first tweet ahead of revealing the news. “As I would watch the athletes compete, I would grow to understand the dedication and honor being a part of the Olympics embodied.

“I traveled w my stepdad and family to all different cities for the Olympic trials, the Olympics and track meets of @Caitlyn_Jenner’s and at every stop I would buy an Olympic t-shirt as a souvenir,” she continued on Twitter. (Jenner won the 1976 Montreal Olympics decathlon gold medal at the age of 26.)

Added Kardashian, “When I received the call inviting Skims to be a part of @TeamUSA, every moment I’ve spent admiring the strength and energy of the Olympians from the sidelines came full circle.”

Skims will also be offering a limited-edition collection for purchase, which is expected to drop online at Skims.com on July 12. The brand released its official campaign for the launch as well, featuring Team USA athletes Alex Morgan, Haley Anderson, Scout Bassett, Dalilah Muhammad, and A’ja Wilson. See some of the imagery, shot by artist Vanessa Beecroft, below.