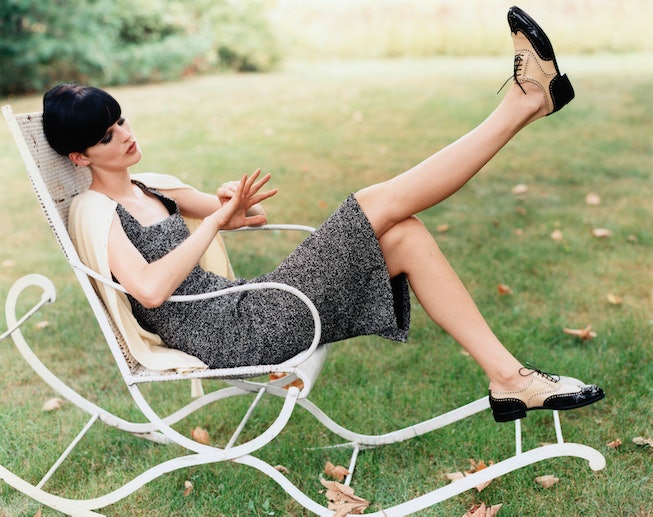 Stella Tennant's family has revealed that the model died by suicide at age 50 on Dec. 22, 2020. Tennant had just celebrated her 50th birthday five days before her death on December 17.

"Stella had been unwell for some time. So it is a matter of our deepest sorrow and despair that she felt unable to go on, despite the love of those closest to her,” her family said in a statement to The Telegraph. "She was a beautiful soul, adored by a close family and good friends, a sensitive and talented woman whose creativity, intelligence and humor touched so many. In grieving Stella’s loss, her family renews a heartfelt request that respect for their privacy should continue.”

According to The Guardian, police in Scotland responded to a call on Tuesday, Dec. 22, around 11:30 a.m. about a sudden death of a 50-year-old woman.

"Her next of kin have been made aware," a police spokesperson said at the time. "There are no suspicious circumstances and a report will be submitted to the procurator fiscal."

Tennant was part of a new wave of supermodels throughout the '90s, becoming a favorite of designers like Gianni Versace and Karl Lagerfeld and walking runways for Alexander McQueen, Valentino, Balenciaga, and Jean Paul Gaultier. She made her final runway appearance at Valentino's haute couture show in January of this year.

The fashion industry is already mourning the loss of the legendary supermodel, with British Vogue editor Edward Enninful and Versace posting tributes to Tennant on social media.

"Stella was Gianni Versace's muse for many years and friend of the family," Versace posted on Instagram. "We will miss you forever Stella. Rest In Peace."

This article was originally published on Dec. 23, 2020