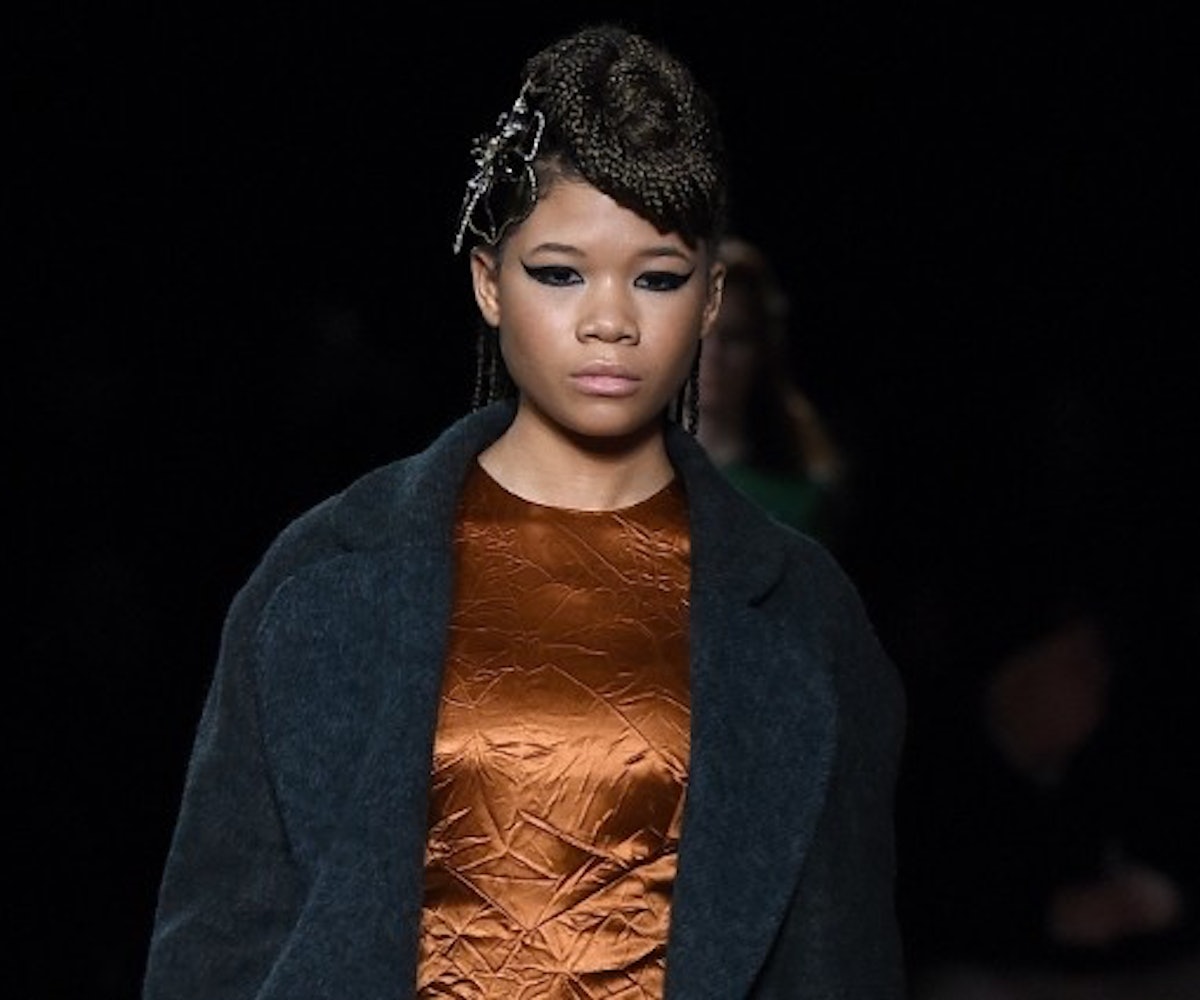 Reid wasn't the only famous face on the Miu Miu runway. Singer Rita Ora also walked during the show, alongside "It" models Bella Hadid, Kaia Gerber, and Gigi Hadid.

Celebrities have been showing up on the runway en masse this season. Miley Cyrus kicked things off during the Marc Jacobs show in New York, followed by Lena Dunham, who made her runway debut in London at 16Arlington. Plus, Hadid matriarch and former Real Housewife of Beverly Hills Yolanda Hadid joined her daughters on the runway at the Off-White show in Paris.

While it may be very on-trend to cast celebrities for the runway right now, Miu Miu has been in the game for years now. In March 2018, actress Elle Fanning opened and closed the label's Fall 2018 show, and a few months later, Miu Miu invited Alexa Chung, Uma Thurman, and Gwendoline Christie to help showcase its Cruise 2019 collection.