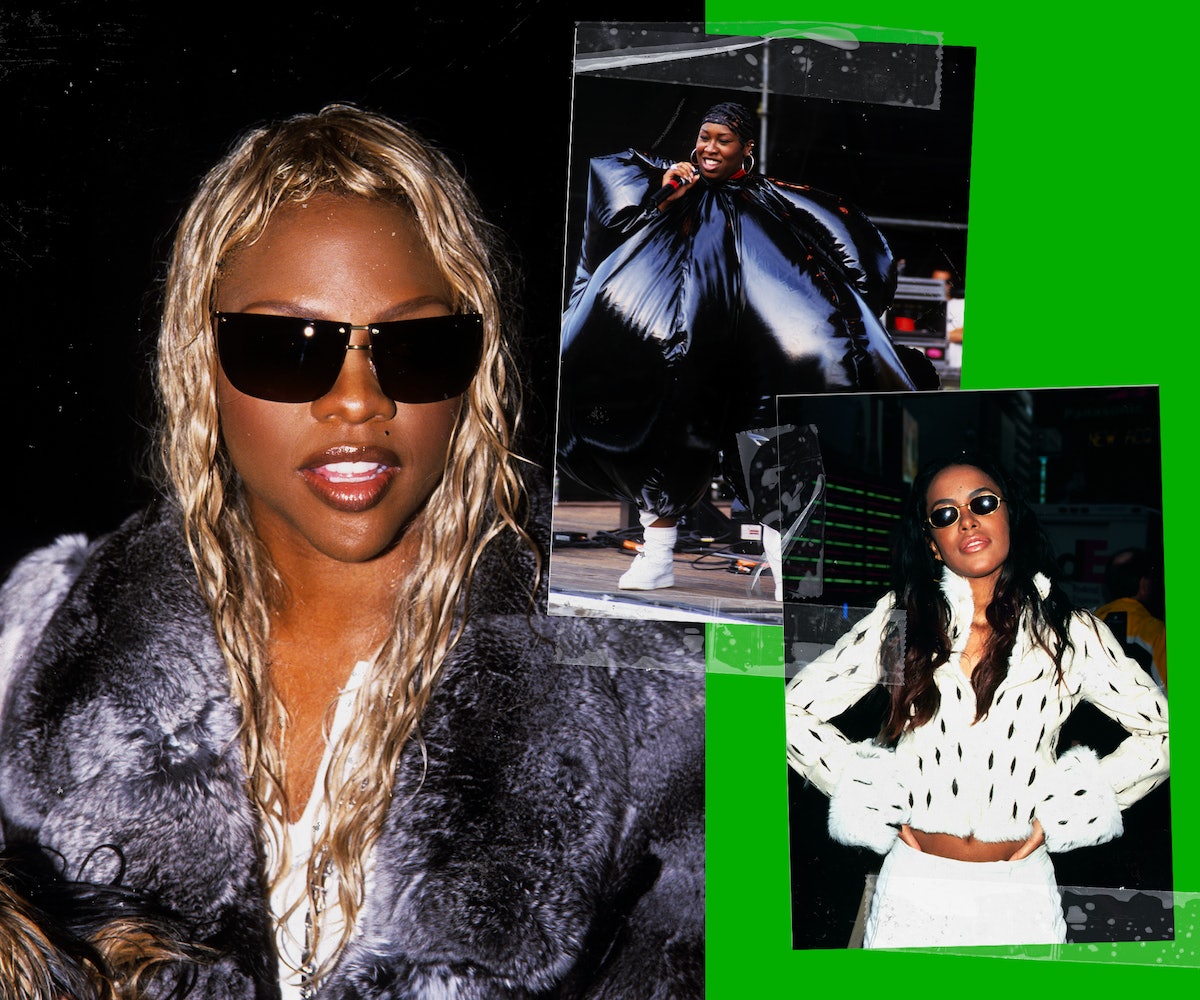 Nostalgia is currency at this point. Hollywood is constantly churning out remakes and reboots. Fashion designers are tapping into their archives. Bands are reuniting to pay homage to their throwback hits. Everything that happened before — specifically in the '90s and early '00s — is happening again, to the point where it feels like we're living in a constant state of deja vu. And nothing has helped push this obsession with the past to the forefront more than social media.

There are hundreds of nostalgia-driven accounts on Instagram today — some being as niche as tracking down the outfits on Living Single or documenting Princess Diana's most memorable fashion moments. "I think it's a trend now," Brooklyn White says of their popularity. "People know that it'll get engagement." White started archiving images on Tumblr back in 2014. Her first post, she recalls, was a still from Missy Elliott's "Beep Me 911" music video, which premiered in 1998. "I wasn't trying to make a huge statement, I just wanted to share some visual inspiration," she explains. Now, she posts throwback images on her personal Instagram account, in between selfies and photos of her baby girl.

It's not that hard to become a digital archivist these days; almost anyone can throw their Von Dutch hat into the ring. "You used to have to buy magazines and books," White says. "Now there's so much online." And perhaps because of that, these accounts can feel repetitive after a while, like you're seeing the same posts — and the same people — over and over again. What tends to stand out, though, is the fashion of the '90s and early '00s; perhaps because it's the most daring (or some might say the most divisive), and much of it was ushered in by the popular musical artists at the time.

Take the looks from Elliott's "Beep Me 911" video, which includes a divine gold robe moment, as well as pink patent leather bustier tops and dresses. There's also the iconic color-coordinated outfits from Lil Kim's "Crush on You" video that have, in recent years, become popular Halloween costumes. Outside of the small screen, red carpet fashion was just as memorable. From Aaliyah's crop tops and baggy jeans to the constant presence of rhinestones and mini skirts worn by the likes of Beyoncé during her Destiny's Child days and a young Mariah Carey. Their style set a precedent worth marveling over, and many looks have received modern-day updates across Gen-Z-friendly retailers and brands.

When Sharifa Wilson started bringing her archived content from Tumblr to Twitter, she didn't do it for clout or likes. Instead, she did it to highlight celebrities who are often forgotten by history or overlooked by other nostalgia accounts. She mostly archives anything that centers black women, be it in TV shows, movies, or music videos. "You either get to remind people of an unappreciated moment in pop culture or introduce a younger generation to something they didn't know about before," she says. "The posts are like quick little history lessons for the moments of the past that were not highlighted the way they should have been and, at the same time, you're able to pay tribute to those overlooked pioneers."

While most accounts might use Google or Getty Images for their content, there are a handful of accounts that still do their image sourcing the old school way. Rashida Reneé of @howtobeafuckinglady, for instance, started posting on Tumblr in 2011 before switching over to Instagram. She's been saving every inspiring photo or video she's come across over the past 12 years. "A lot of it is either photos from now-inactive forums or scans from a magazine I've bought from eBay," she says. "If I can't find something of good quality online, I will try to buy it from eBay." Mecca of @hiphopurbanpop has a similar method. She'll post things she finds online from time to time, but for the most part, she’s diving into her own trove for nostalgic gems to post. "I have a very extensive archive of images, video clips, and magazine scans that I've gathered over the past 10-plus years," she says. Her digging brings us gems like Foxy Brown in a quintessential early '00s all-blue number and a barely recognizable Jhené Aiko.

As far as which celebrities tend to be the most popular, Wilson says fashion looks from the '90s and early '00s get the most engagement, "especially when it comes to video vixens and actresses in popular sitcoms." Mecca says the Smith family, 3LW, Raven-Symoné, and Lil' Bow Wow get the most likes. Everyone "eats up" any Naomi Campbell content, as well as looks from "dramatic French couturiers" like Christian Lacroix, Thierry Mugler, and Jean Paul Gaultier, according to Reneé. Bri Malandro of @theyeehawagenda posts everyone from Mariah Carey, Beyoncé, and a very young, very smiley Zoë Kravitz and notes that Kelis is a favorite among her followers. “I think everyone knows how ahead her style and artistry was and will never get tired of looking at her,” she says.

Speaking of style, the trends that were popular during the '90s and early '00s — even the questionable ones — have also seen a resurgence. Both Baby Phat and FUBU have staged comebacks within the last year, and there were even rumors of a low-rise jeans return. "Fashion is recycled and always comes back around," says Mecca, who also runs an e-commerce site selling vintage T-shirts emblazoned with celebrities like Lil' Kim, Sade, and Brandy. Reneé says she's noticed celebrities and stylists using her archival finds as a resource for their own fashion looks, which, she says, can be frustrating. "Sometimes I'll buy something vintage and post a runway picture or video of the same look and I'll see it on a celebrity days later," she says. "They don't even give me a chance to be inspired by my own mood board."

But, at the same time, she understands the societal obsession. "It's just human nature to cling to nostalgia, especially in chaotic times like these; the past is comforting for people." As Wilson adds, "Nostalgia usually tugs on people's heartstrings."

That's not to say everything that happened before today was perfect. I often think of the way the internet reacted to Jennifer Aniston and Brad Pitt's brief (staged?) exchange that happened backstage at the 2020 SAG Awards. Rooting them on, hoping for a reunion, while at the same time forgetting that this is the same man who publicly broke her heart. So, no, the past isn't perfect, but moments like these act as a temporary salve from the unending news cycle; reminding us of everything else that happened around that time.

It's hard to imagine looking back on the past couple of weeks (and years), when anxiety and uncertainty permeates most people's everyday existence, with any kind of longing. So, instead, we look behind, rather than ahead, at what has already happened, at what now appears to be simpler, easier times — Steve Madden shoes, belly button piercings, velour tracksuits, and all.

NEXT UP
Fashion
Kim Petras Wore An All-Denim Homage To Britney Spears At The 2022 AMAs
Culture
Aly & AJ's "With Love From" Video Is A Postcard Of Melancholy
Culture
Mowalola Teams Up With Bratz For A Daring, High Fashion Collection
Fashion
Coach Reissues Y2K Favorite Demi Bag