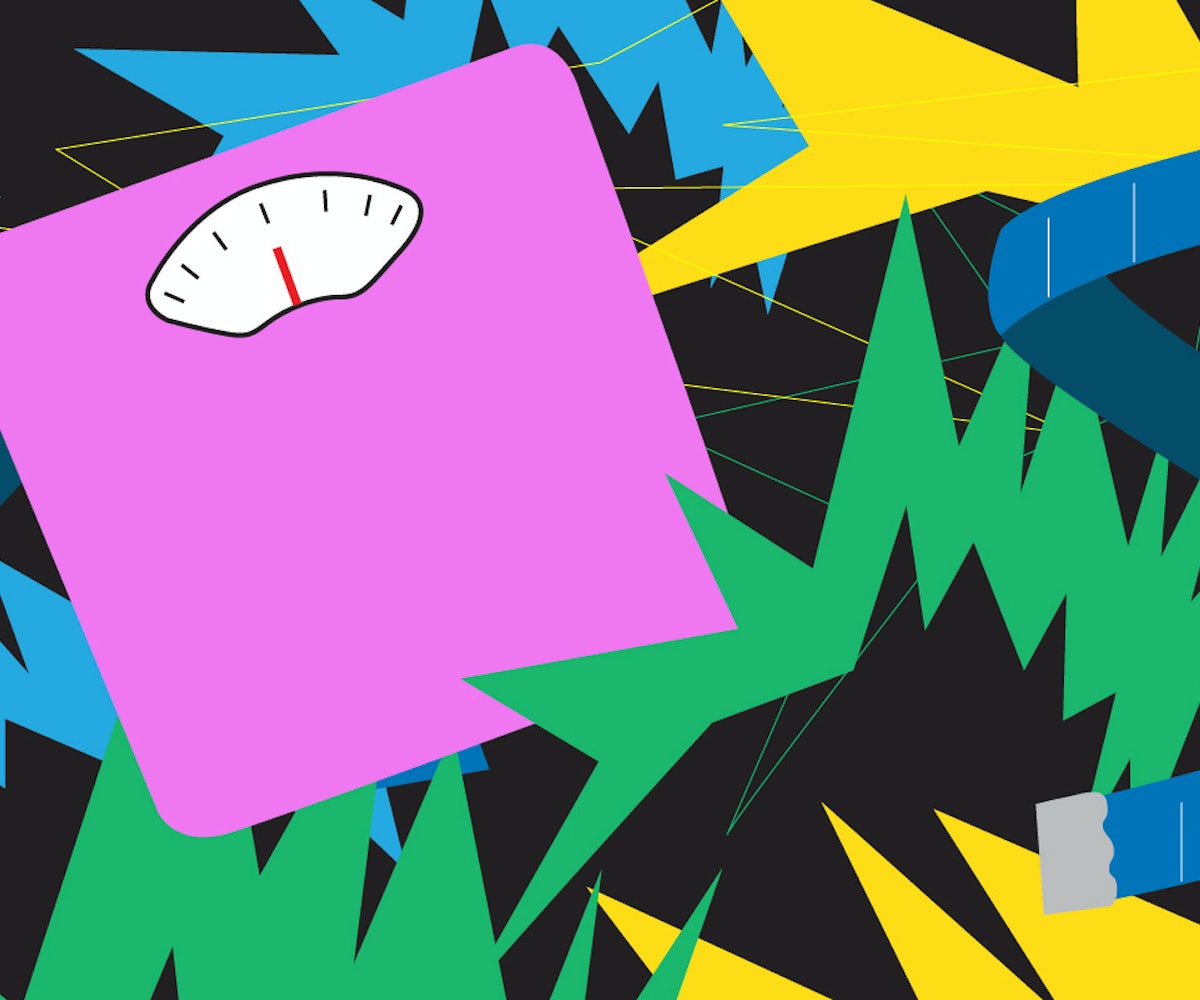 It began as an alarming rash on her ankles and calves. Visits to urgent care would leave her with wrapped legs and no solution, sent home without a second thought. A bad fall on her knee caps soon after would also be brushed off with advice to lose weight in order to alleviate pressure on her joints. But visit after visit, nothing was ever resolved, not until Cindy Epley could barely walk. After a long period of excruciating pain, Cindy finally visited a new doctor, following the recommendation of her daughter, Robin. Upon examination, she was informed that she was within hours of going into septic shock.

"Not only did she have a septic wound in her foot, but she had broken her ankle in multiple places before that," Robin told NYLON over the phone. Cindy was hospitalized and placed on an IV for the next two months. She'd continue to suffer despite the issue finally being detected.

Cynthia "Cindy" Epley died on April 13, 2019, at the age of 56. A heart attack took her life, though the exact cause of death remains unknown in accordance with the family's request. On her death certificate, Cindy's death is attributed to uncontrolled diabetes, which Robin heavily refutes. While Cindy had been diagnosed with diabetes some 15 years prior, she was in control of the chronic illness, and had even become a teacher for others on how to manage life as a diabetic.

"I can't help but think that if she had been young and healthy and what doctors think 'normal' looks like... they absolutely would have paid more attention to her," Robin said. "I refuse to die because some doctor didn't take good enough care of me. I have to be my own warrior. And it's not that my mom wasn't hers. It's just that she fell on the wrong side of the fence."

Cindy's experience is not singular. Systemic and institutional fatphobia have undeniably penetrated their ways through nearly every aspect of daily life. Whether it be the lack of job opportunities available to overweight candidates or the countless weight loss programs promoted in the media, there's no escaping society's distaste for those with larger body types. Perhaps the most damaging aspect of this, however, is the weight bias amongst doctors and medical professionals. It's so damaging, in fact, that this deep-rooted fatphobia is killing people.

"I don't think doctors have more fat bias than others in society... But, like any other bias, it's in the water. It's systemic," said Melanie R. Jay, an associate professor in NYU's Department of Medicine and co-director of the university's Comprehensive Program on Obesity. "But [that] still doesn't mean it doesn't strongly impact patients with obesity. Because you want to trust [your health care provider] and trust that that person is not going to treat you differently." Sometimes, though, that trust is misplaced.

Weight bias among medical providers has been studied extensively in the past: One study conducted by Jay and her team found that 40 percent of doctors had a negative reaction in regards to treating plus-size patients. In a recent study that Jay worked on, centering on medical students' beliefs on obesity, it was found that the students surveyed ranked factors such as unhealthy diet, physical inactivity, and overeating as playing a larger role in obesity than biological factors. The conclusion from the study reads as follows: "Attribution of obesity to external factors correlated with greater ability to counsel patients with obesity, suggesting that educating providers on the biological causes of obesity could help reduce bias and improve provider care." Another study found that the relationship between physicians and plus-size patients is often weak, leading to a lack of trust between the two parties.

"Like any other bias, it's in the water. It's systemic."

There's no refuting the statistics: Weight bias is prevalent among doctors. That finding is not a shock to most people, especially larger sized people, considering the fact that weight bias can be traced back as young as preschool. In a society that enforces the notion that "fat is bad" so early on in life, breaking free of that stigma requires extensive research and education that—due to demanding curriculums—not all aspiring medical professionals experience.

"Not every person who is big is automatically unhealthy," said Janell Hobson, Chair of the Women's Studies Department at the University at Albany, SUNY. "It isn't so much that we shouldn't pay attention to whatever various health problems and food issues there are in this nation, but I think it's the way that we socially constructed fatness as a problem that, I think, impedes us from really dealing honestly with who we are and what our bodies should look like."

Jay added, "Of course it's not just genetics, but genetics does play a large role. You start off with a genetic disposition, and then you go through life and have environmental exposures and then you do or you don't develop [obesity]... Our food environment, the fact that we're more sedentary than we were 30 or 50 years ago—all of those things make it more likely."

So what impact can weight bias have on patients? Certainly, plus-size patients have lower trust in medical providers, with one study finding that 21 percent of patients surveyed felt judged by their doctors. This can lead to patients refusing to confront health issues head-on, and thus allowing them to worsen, scared of being brushed off by their doctor and told the age-old advice that losing weight will rid them of all their pains. It's more challenging to measure the impact weight bias has, Jay explained, as tracing the cause of a misdiagnosis is difficult. But from many firsthand experiences from fat folk themselves—including nearly 20 who shared their stories for this piece—this is a deadly epidemic occurring in our nation.

"Obesity is a stigmatized condition universally, not just in health care. Health care needs to be a safe place, to be free from that judgment, because this is really impacting your life and your health and your life expectancy," said Kimberly Gudzune, assistant professor at The Johns Hopkins University School of Medicine. "We manifest the same biases that are extremely prevalent within a general population. We need to start recognizing the detriment, the anxiety and the shame and the guilt, and all the negative consequences that this bias and stigma have on individuals."

Fatphobia within the medical community can lead to serious issues—Gudzune mentioned that plus-size women are usually screened less for cancer, as an example—going undetected and untreated, many times because increased weight is deemed the cause without further investigation into the issue. Weight loss is heavily promoted as an easy solution, but as Jay explained, losing weight is much harder than gaining it. Once you've reached a certain weight, your metabolism has already slowed down, so attempting to go back down to your original weight can feel nearly impossible. Many plus-size people can't be attacked for lack of trying: With the dangerous impact of diet culture wreaking havoc on the community, it's hard to find one fat person who hasn't attempted multiple weight loss regimens. The push from medical professionals to diet often has negative effects. And anyway, why must weight loss always be the primary concern when there may be other unrelated issues at hand? The seeming intractability of this situation is the reason many avoid going to doctors if at all possible.

"I avoid going to the doctor to extremes," said Anna Swenson, 28. "I've had a shoulder injury for years now, and I stopped trying to fix it for a long time because too many doctors told me the solution was 'lose weight.' I had that suggested to deal with my anxiety, depression, and many other illnesses that have nothing to do with body size—to the point where I will avoid going to the doctor for years just so I don't have to put myself in a hateful situation."

She added, "Traditional doctor's offices are the places where I've seen some of the most blatant diet culture promotion and fatphobic language, from their one-size-fits-all approach to promotion of extreme weight loss. The science has repeatedly shown diets do not work and have a negative psychological impact. Why are doctors still promoting them?"

"When you're coming in about a condition that has nothing to do with weight, bringing up weight only further reinforces that stigma"

From the many studies conducted to countless personal experiences, it's more than clear that the relationship between plus-size patients and medical providers is troublesome. But the topic of weight—in regards to overarching health, not weight loss—is sometimes an important conversation to have. So, then, how could patients broach this sensitive, yet sometimes necessary topic in a healthy way? And how can doctors do the same from their end?

"I think it's really on us, as a profession, to think about when and how we broach the subject," said Gudzune. "So the 'when' should not be in a time when there are higher things going on that take priority. When you're coming in about a condition that has nothing to do with weight, bringing up weight only further reinforces that stigma that patients experience."

From her personal experience, Gudzune has found success by first asking her patients if they even feel comfortable talking about weight, to begin with. If they say no, she emphasizes that she is always there for when they want to broach that topic, and then she moves on. However, Gudzune believes it may be healthier and more efficient for patients to be the ones to bring up weight if it is a topic they'd like to discuss. Jay emphasized a similar thinking, explaining that doctors often don't have more than 20 minutes with patients and, with many things to discuss, it's hard to squeeze it all in a sensitive manner.

"There are so many things to talk about that we're lucky if we talk about their weight, and that may be a problem, too, that it's not a two-minute conversation, but maybe we only have two minutes to talk about it. So, then, the way that we have the chance to bring it up is not the most sensitive, emphatic, or therapeutic way to do it," Jay said.

From a patient standpoint, both Epley and Swenson stated the need for them to be assertive when seeking medical care. An important first step is to find a doctor you feel completely confident with, knowing that they won't judge you based on size or promote unhealthy practices.

"I do feel like I've gotten better about setting boundaries around what I will let doctors make me feel guilty about," Swenson said.

The situation is far from black and white, which is precisely why it's a dangerous one. While weight bias among doctors is clearly a prominent factor, not enough research has been done yet on how that leads to misdiagnosis and undetected issues. It's clear, however, from many personal accounts that patients are experiencing fatphobia from doctors in harmful, even deadly ways. Education may be the key, Jay pointed out, when it comes to better equipping future providers to be bias-free. But in a society that is riddled with weight bias, a day like that may never cease to come. It is vital, then, for plus-size patients to be their own advocates, to fight to find doctors who care for their needs (of which there are indeed many), and to continue to remind society as a whole that their humanity and right to live should never be reduced to a mere number on a scale.