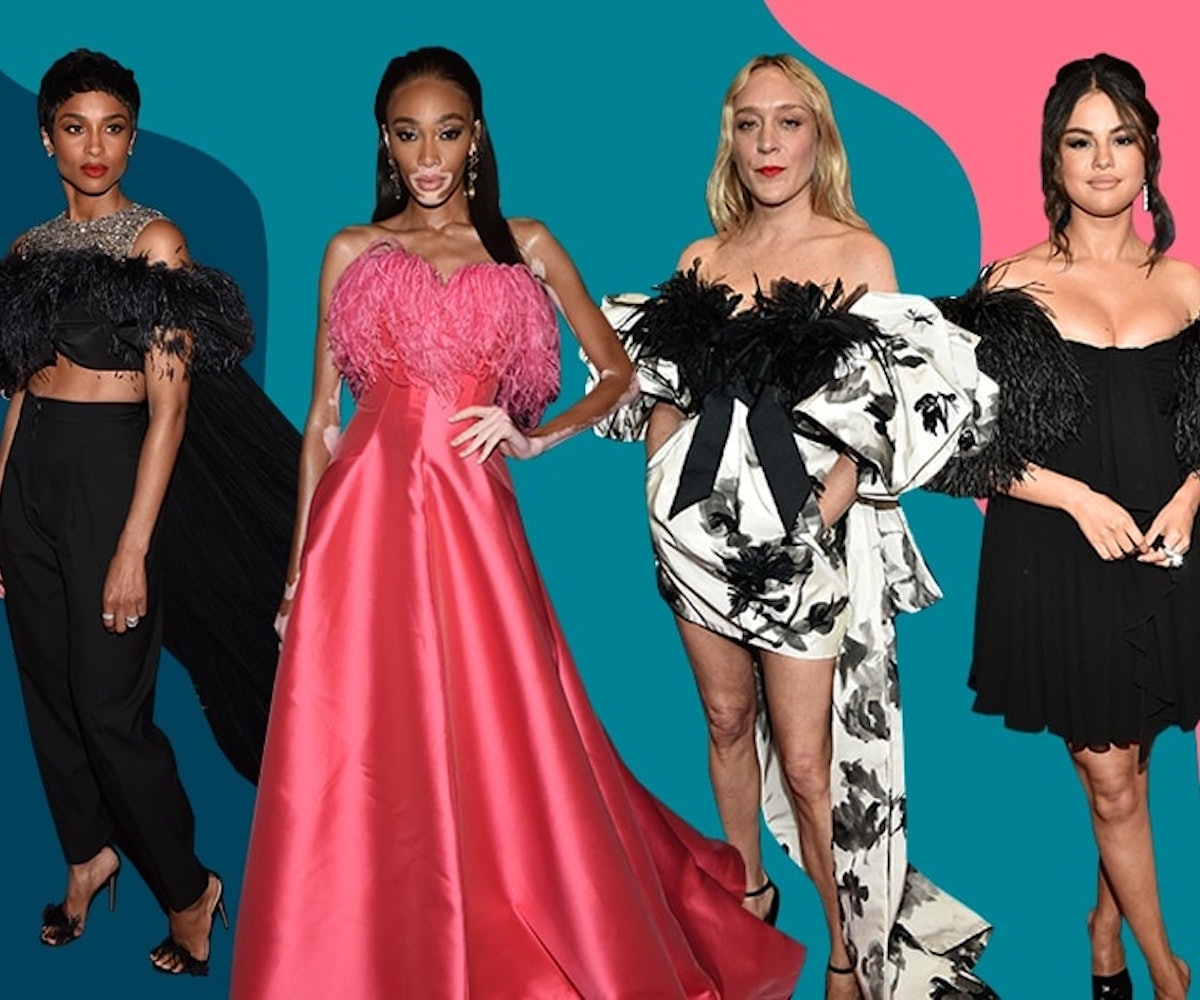 The next big summer trend has arrived, and it's not quite what you would expect for warm weather. According to last night's two different red carpet events, feathers—and a lot of them!—are having a major resurgence.

At the ACE Awards (a ceremony thrown by the Accessories Council to honor designers, retailers, journalists, and more), both Ciara and Winnie Harlow stepped out decked out in feathery frocks. Ciara, who was also sporting a new pixie cut, wore a two-piece Giambattista Valli Haute Couture look, featuring sleek harem pants and an ornate feathery top complete with a floor-length tulle train. Winnie Harlow wore a bubblegum pink, feather-trimmed gown by Alexis Mabille.

So, there you have it—forget slime green and seashells. This summer, please just douse us in feathers. Take a closer look at the most stunning looks of last night, below.

Selena Gomez in Celine at The Dead Don't Die premiere.

Ciara in Giambattista Valli at the ACE Awards.

Winnie Harlow in Alexis Mabille at the ACE Awards.