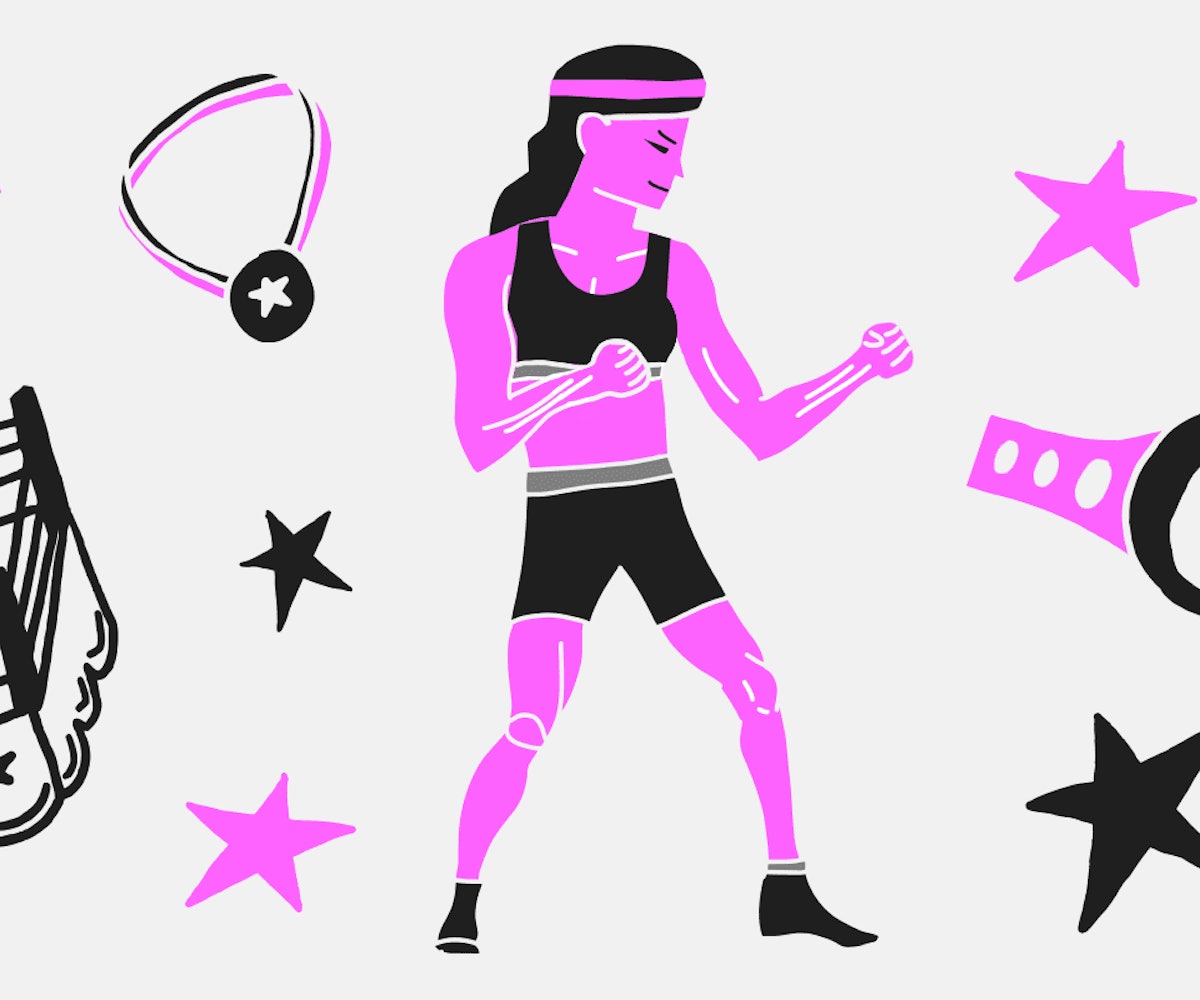 Warning: Depictions of violence ahead.

In the mainstream wrestling world, female pro-wrestlers are finally reaping the benefits of decades worth of hard-fought battles; women in wrestling have, in many ways, achieved a level of success, notoriety, and popularity equal to that of male brawlers. While controversies surrounding a pay gap in the business still exist, the introduction of a women's tag division in the WWE and the potential for women to headline main events at Wrestlemania denote a sea change within the industry. This transformation has trickled upward from the independent scene, where women have more frequently been seen as big draws for a while.

Despite this newfound respect, women's wrestling is sometimes treated with kids gloves, as evidenced by the reluctance the WWE shows when it comes to booking more brutal or hard-core fights in the women's division. Although the highest-level athletes like Charlotte Flair, Becky Lynch, Sasha Banks, and Asuka have more recently competed in cage matches and ladder matches, there appears to be some hesitation around making these a more regular feature of the division. Will women eventually be given permission to be featured as bloody and battle-worn in the same way as men?

In the underground, female fighters have been battling in death matches for far longer than the PG version of pro-wrestling depicted in the WWE would let audiences believe. A death match, specifically, is an ultra-violent version of a no-disqualification fight. While a regular hard-core match may have pugilists using props like chairs, kendo sticks, and even title belts as weapons, death matches up the ante: neon light tubes, barbed wire, broken glass, needles, and even sometimes razorblades and electrocuted wire are regular features of the sub-genre. Demand for female participation in these kinds of matches is now at an all-time high.

"A death match by definition is a wrestling match where disqualifications, count-outs, and all other rules do not apply," explains LuFisto, who just announced her retirement and is widely considered a pioneer of female death match wrestling, alongside the beloved Mickie Knuckles. "The only rule is that you need to pin or submit your opponent to win. There can also be a victory via KO or referee stoppage. The use of weapons is a must, and you will definitely see blood and several cuts. The bloodier, the better."

Death matches are not uncontroversial within the wrestling world, with insiders wary of the ways young talent may risk their lives for a chance at fame. These voices fear that the death match also represents a slow degradation of the seriousness of the sport.

Women, unsurprisingly, are often subject to even more scrutiny in this department. Female death match wrestlers face a sort of double discrimination: First, simply for being women, and second for entering into the most extreme version of the wrestling, the participation in which is often mistaken for a lack of actual skill or deemed unseemly for anyone not male.

"You have the fans that are so into it—they are total hard-core fans who only watch death match wrestling," says LuFisto. "And then you have the other ones who believe the death match is destroying wrestling. [They say death matches are] shameful and a gore fest [and] that they shouldn't exist. So either you are seen as tough and extraordinary or a disgrace to the sport."

"When I started in 1999, you had to really push to be seen as an equal," LuFisto recalled. "I was even banned from wrestling in the Province of Ontario because I was wrestling men in death matches. I filed a proper complaint so that women would be treated as equal to the male performers. It took me four years of bureaucracy, but, in the end, I took the whole Commission down. Since then, the Ontario Athletic Commission doesn't regulate wrestling."

Although the outcome and story lines of death matches remain pre-determined (thus leading to a widespread cultural misperception in which the violence is categorized as "fake"), the dangers of death match wrestling, even more so than a standard wrestling match, are quite real. I was truly shocked to learn that no formal training exists for these kinds of ruthless feuds.

"I was never even really told how to safely take thumbtacks. I don't think there's a safe way to take any of these crazy gimmick matches. You just go into it and hope for the best," says Paloma Starr, a Mexican-American wrestler based out of Chicago. "Light tubes are one of the easier things to take. You're stuck picking the glass out of your skin for a few weeks afterward, but other than that, they're actually not that bad!"

"You can't really prepare yourself for something like going through a table," added Kasey Catal, a New York-based pro-wrestler:

You just have to go with it and listen to the advice of people who came before you. You can't really practice because you don't want to mess your body up. You need to be really aware of your surroundings. You need to be calm at all times, because, if you start panicking after something happens, something could go really wrong. You really have to trust the other people you're in the ring with, even more so than in any other match. You're really putting your life on the line. I have such fear for months before each death match. If you can get past the fear, that's important.

On top of that, overzealous fans too eager to participate in the story present a different kind of danger, especially for Paloma, who plays a stuck-up, Spanish-speaking heel, sometimes inciting a specific kind of racial hatred.

"A promoter told me that I've gotten death threats. I'm like, 'What, really? It's just a show!'" said Starr. "[The same promoter] had to put out a statement saying that no guns and no knives will be allowed at the show."

But for the wrestlers themselves, death matches provide both opportunities and transgressive excitement.

"I did death matches really early on in my career—that's basically how I started wrestling… In the shows I was on, [bookers] always needed someone to take a crazy bump. So it was a way for me to get on shows before I was fully trained. But there's definitely an art to it," says Starr. "Death matches bring a different level of adrenaline that regular matches don't. It's more exhilarating and exciting. It gives you a rush. It sounds so weird, saying 'I need to be hit with some random weapon,' but I definitely miss it when I don't do it, even though it's hard and it hurts."

"To me, [the appeal is] surpassing my own limits of what I could do as a wrestler and how much pain I could endure as a human being," says LuFisto "I want to be able to do different styles of wrestling and prove to people that women can do it too."

Although schadenfreude is obviously a factor, it would be simplistic to say the appeal for fans of women in death matches is purely sadistic. Death match wrestling, to those who love it, represents the purest form of commitment to the sport: these athletes truly are ready and willing to die for their art. In fact, some younger audiences are seeing these combatants as inspirational symbols of equality.

"There's a lot of chicks [at the shows]! They all love when I'm doing crazy stuff. When I first started, I had a lot of male fans, and now I'm realizing I have so many female fans. They're buying my merch, and that's really cool to see," says Catal. "This business is really hard, so you need to find the thing that keeps you going and keeps that passion alive. But now I have female fans saying, 'I want to do what you do.' I have little girls saying, 'I want to be just like you when I grow up. I got through this because of you.' And, honestly, that's why I keep going."

"Women's wrestling is a cool thing now," concludes LuFisto. "Some people still believe women shouldn't do it. But today, [those people] are seen as sexist most of the time. This is a time where women can do what they want, when they want."