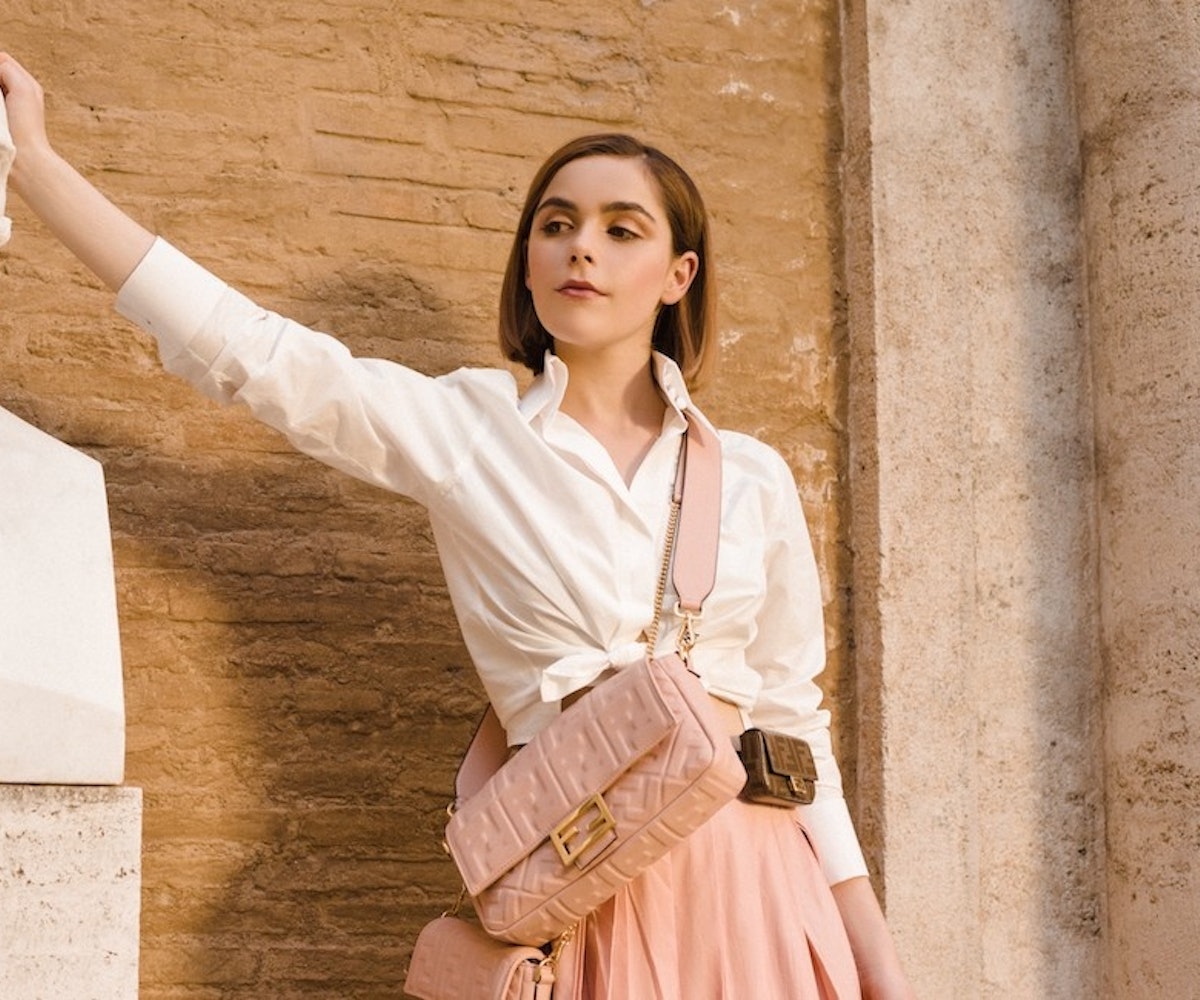 Kiernan Shipka is running around Rome in the latest campaign video for Fendi's Baguette Bag. Shipka and her real-life friend Christian Coppola live their best Italian lives while riding on a Vespa, eating spaghetti, and throwing coins into the Trevi Fountain.

"It was my first time in Rome and it was such a whirlwind experience," Shipka said. "I basically saw the whole city in a day, with one of my best friends. The history is rich, the city is stunning, and the food is most excellent."

Shipka and Coppola attended the Fendi show together in Rome over the summer, with Shipka documenting their trip on Instagram. The director also spoke about how his actor friend was able to make him more comfortable when it was his turn to be in front of the camera.

"I'm not used to being in front of the camera, especially in my own work, but having someone like Kiernan by my side who is such a seasoned professional instantly put me at ease," Coppola said. "It gave me a fresh perspective on the whole process."

What's more, Fendi appears to confirm the new trend of wearing two bags at once. Last week, both Rihanna and Céline Dion were photographed carrying not one, but two bags on their person. Now, Shipka is the latest celebrity to sling two crossbody bags over her shoulder while out and about, and you know what they say? Three's a trend.